Elie Wiesel writes, “I swore never to be silent whenever and wherever human beings endure suffering and humiliation. We must always take sides. Neutrality helps the oppressor, never the victim. Silence encourages the tormentor, never the tormented.” Silence binds perpetrators and victims, creates a confederacy of secrets. Here, these women who were once silenced shatter the silence through with words, words that defy the past so they can move toward the future.

on the river banks,

Who they shield, glimpsed through the

feet south, towards the afterworld

a mermaid in death.

along the banks, a girl apart

the woman in miniature.

wading in puddles of ash and bone,

in robes of light, headbands of dust

scenting them with tulsi, sandalwood.

in the light, the faygirl

reaches suddenly for the fire

deified by flame and fay and faygirl.

“Why are we still talking about this?  It’s been like, five months.”

“How can you accuse me of something so vile?”

“You have no other friends.”

“I think I have a drinking problem.”

“I never wanted to hurt you – I never could hurt you!”

“This isn’t making sense.  Maybe you were just drunk and got confused or whatever.”

“You should have said no!”

“I wanted to change your mind.”

“Well, you should have said it louder!”

“I always knew you were a vindictive little cunt.”

“No, weren’t you crying because of when your thigh got cut in the alley?  ‘Cause I checked, and it’s not going to scar.  It should be gone in a few days, really.”

“I was changing your mind.”

“So…where do we go from here?”

“Maybe this means we should start having sex?”

“I’m going to quit drinking.  This must be a sign. I’m just like, so fucked up about everything.”

“You’re like, the most incredible person I’ve ever met.”

“How dare you compare me to that bitch!  She was talking shit about you for months, and all that happened with me was this one misunderstanding and ugh no why are you crying again?”

“I wanted you to belong to me.”

“You’ll have to get over it sooner or later.”

“You can’t just hide in your apartment with your boyfriend and your cat for the rest of your life.”

“I didn’t think you were serious!”

let’s call the whole thing off!

There are portraits of hollowed out

washed out worn out

sticky fingers and then

Lift them off the wall and

find a geometry of clean

against the dark of exposed

the space left to one day

My photo isn’t there.

Walls are filled with a

and a steady progression

Portrait on a wall of an

eight-year old girl in her

crossed and a knowing

And then her picture isn’t there

in let plaster fill our

the fire, use the rugs, use

the drapes.  These pillows

will ignite!  Down.  Break

over your knee and feed her

canvas to the flames, whip

Hungriest for a woman’s

lap.  Remember the hours where

I jiggled the soft skin under your arm?

Remember when I crawled

against the rhythm of your heart?

The others– the men who told

us to write it down, to record, to

make legacy– somehow, I can

Their eyes on the wall.

Now what can I offer you?

I won’t hang on your wall.

I’m missing from the

photos.  I swear though.

I swear.  I am opening

for your ear to press against

the steadiness of my heart.

My breasts went away

The strumpets below all left

for home and your lips locked

into the vault of a cemetery    unknown.

are ruffles and stray whiskers.

You shocked me into maturity,

You betrayed my childish trust,

Did you think that I’d wallow in self pity?

I’ve left you in the dust.

No more the frightened, cowering child

And yes, some tears I may have spent,

But it adds beauty to my smile.

I remember the hot, boiling shame,

I scrubbed my skin so much that night,

I thought I had myself to blame.

I knew if I had been clever and more aware

I would have been able to avoid you,

It wasn’t right, it wasn’t fair,

I hated you and the world too.

You were supposed to be my teacher, a guide,

Don’t you think I was too young to be messed around?

I was twelve then and I know I cried,

But now I’ve left you lying face down.

I fought with you as you groped my chest,

I pale now to think if you had gone on,

Did you think I’d never tell anyone of your perverseness?

I didn’t break down, you know, I moved on.

True, I hated your subject for a while,

I had loved it before, you ruined it for me,

But look now, who’s the one with a smile,

I’m going to get my Medical Degree.

I loathed you, I hated you with all certainty,

Until one day I realized you’re deplorable, an epic fail,

I stopped hating you, now I only have pity,

You’re a sad sexually frustrated pathetic excuse of a male.

I guess you made me stronger in a way,

I can now handle pain and strife,

I love myself more and I love each day,

I really hope you lead a better life.

Because I choose to be happy, not because I have no pain,

I choose to be happy in spite of the Fates’ ire

The sobbing, little girl has been scalded by flames,

And I have emerged a phoenix, honed stronger by the fire.

A car accident in the early morning

You were dazed no doubt

I can’t help but wonder if you knew

Left with no choice but to hope

Knocking on a door

Hoping for a different outcome

Why must our faces always be twisted in pain

I cannot get a voice I’ve never heard

Out of my mind

One could wish you would’ve picked

But who’s to say it would have been

Early morning accident with blood in your eyes

He had blood in his eyes

Did you see it

I’m sure it stalled your heart

A cop with a handgun

Then a blast that silenced your plea

A shotgun blast twisted your face in pain

It brought stall to your heart

It silenced a voice

How my heart aches

At the thought of your voice

Flattened in an instant

White man with a shotgun

The same as cop with a handgun

Standing in front of a Black body

They dumped your body

If not at the corner of

Then at the intersection of

You must have felt a moment of relief

Replaced with the horror of knowing

As you saw the shotgun

Before all feeling was removed

I cannot get your voice

Out of my mind

A voice that was flattened and silenced

By a white man with a shotgun

The same as a cop with a handgun

When will all this silencing cease? 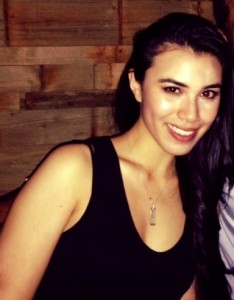 Roshani Chokshi’s poem “Dialect” was formerly published in the online literary magazine In The Fray and was subsequently nominated for a Pushcart Prize in 2008. Her writing has appeared in Rivaaj, Loosechange and Neem magazine and she is a 2010 recipient of the Academy of American Poets Prize from Emory University. 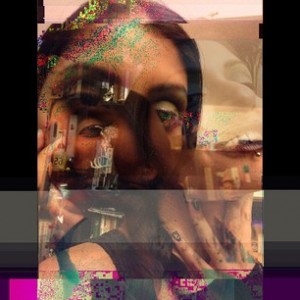 Rasiqra Revulva is a Toronto-based writer, mixed-media artist, editor, musician, and performer.  She is a founding member of the synth-punk/electro/glitch/industrial music and visual art duo The Databats.  In 2010, her poem “The Lot” was awarded an Honourable Mention for the Judith Eve Gewurtz Memorial Poetry Prize.  Her writing has been published by The Incongruous Quarterly, Cordite Poetry Review, and ditch,. 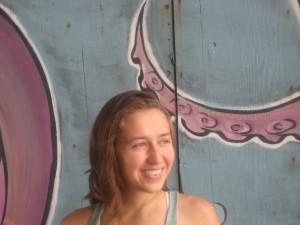 Passionate about healthy bodies and communities, Maiga Milbourne is a yoga instructor, writer, retreat developer, activist, and suburban farmer. Look for her upcoming inclusion in the Chrysallis Journal (http://chrysalisjournal.org/) or regular contributions to Project Inkblot (www.projectinkblot.com). Join her for a yoga and creative writing retreat this August with Caits Meissner (www.mythicbeingsretreat.com). Learn more at www.maigamilbourne.com. 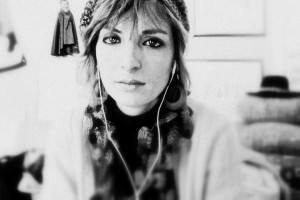 Jessica Mason McFadden is working toward an M.A., as a graduate student, teaching assistant, and Writing Center consultant in the Department of English and Journalism at Western Illinois University. Her research centers on queer pedagogy, queering theatrical performances, and challenging and reinterpreting clinical diagnosis by using Disability Theory to read the works of Virginia Woolf. When she can, she writes reviews and articles for Lambda Literary and Gender Focus. Her poems have appeared in Women’s Voices Journal, Read These Lips, Diverse Voices Quarterly, Breadcrumb Scabs, Spinozablue Electronic Journal of the Arts, Sinister Wisdom, The Countess of Flatbroke’s Treasury of Poems (Basic Me), Adanna, Saltwater Quarterly, Lavender Review, Skin to Skin, and Queer Owl (A Jar of Queer Feeling). More are forthcoming in Wilde Magazine. Her first chapbook of poetry, Woman in Disguise, was published in 2012 by Kathleen Bryce Niles and her Saltfire Press. Jess co-founded Headmistress Press with Mary Meriam and spent seven months as resident Schoolmistress, in an interning co-operating position, of the press. She was a recipient of the Gloria Anzaldúa Rhetorician Award at the Conference on College Composition and Communication in March 2014. 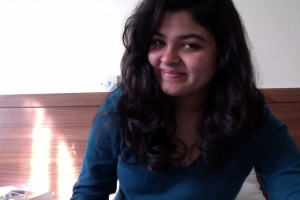 Rusha is currently an undergraduate Medical student in Leeds who is especially interested in the improving the experiences of women in healthcare. She grew up in Calcutta, India where she often wrote to express her feelings. She hopes to become a surgeon and travel the world, that is of course, if she can get off facebook. 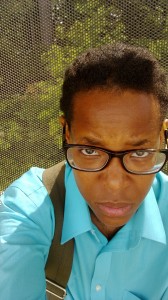 Tomeka D. Hayes is a Radical Femi-Womanist GenderQueer Dyke from North Carolina. She is a scholar-activist who has led a workshop at the Youth Organizing Institute of Wake County, worked as an Intern at the Pauli Murray Project, and served on the planning committee for Still Walking For Justice. She is a first year graduate student in the Feminist Studies Ph.D. program at the University of California at Santa Cruz, and is interested in studying Black Queer Studies broadly, and Black Queer female-bodied masculinity specifically. Her chosen art is writing in all its various forms of expression.