Love in a Time of Contingency: A Letter to Women’s and Gender Studies – The Feminist Wire

Home / Academia / Love in a Time of Contingency: A Letter to Women’s and Gender Studies

Love in a Time of Contingency: A Letter to Women’s and Gender Studies

“As women, we have been taught either to ignore our differences, or to view them as causes for separation and suspicion rather than as forces for change. Without community there is no liberation, only the most vulnerable and temporary armistice between an individual and her oppression.”
—Audre Lorde, The Master’s Tools Will Never Dismantle the Master’s House

I came to women’s and gender studies as many do: on a search for answers. Between the pages of Patricia Hill Collins and Gloria Anzaldúa, Judith Butler and Donna Haraway, I began to find them. I started to heal from an abusive relationship that shaped my teens and early 20s. I came to understand the structural causes of racism, sexism, homophobia, and transphobia, and how these were all linked by white supremacist capitalist patriarchy. I began to proclaim myself a feminist. I came to identify as queer. In short, I fell in love with women’s and gender studies. 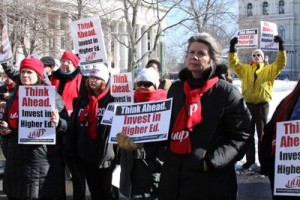 It is therefore painful for me to write this essay, in which I express my disappointment with the women’s and gender studies community’s response to contingent faculty issues, and the current state of higher education more broadly.

I am certainly not the first person to call attention to the problems that WGS as a discipline has encountered from its birth from an activist movement, down the long road to institutionalization (a road that, in many respects, it is still traveling). Feminists both in and outside of academia have drawn attention to these issues over the years, including Ellen Messer-Davidow, Chandra Mohanty, Robyn Wiegman, and Jessica Yee, to name only a few. Nor am I the first feminist to draw attention to these issues in the broader context of higher education. Indeed, some of the most brilliant and critical voices speaking out on higher ed today—Tressie McMillan Cottom, Melonie Fullick, Rebecca Schuman, Sarah Kendzior—are feminist (though not WGS scholars).

Given this past and present history, women’s and gender studies as a discipline shouldn’t be joining the fight, we should be leading it. Instead, aside from a few outspoken critics, the current context is one in which senior scholars—as happened at a conference recently—describe women’s and gender studies grads as being in a “good place.” They point to the scores of jobs available in the field last year, severely inflating the situation by including contingent positions, including one-year visiting fellowships and temporary lectureships in the count.

Of course, folks working in women’s and gender studies are not the only ones guilty of fudging the numbers; such manipulation is common practice in higher ed. Nor do all people working in WGS rely upon these practices. Further, there are several field-specific reasons that someone working in WGS would misrepresent the number of sustainable jobs available in the field. Many WGS programs are chronically poorly funded and thus, some might argue, “airing dirty laundry” might reflect negatively on already struggling programs. Another reason is that WGS is still working to become fully institutionalized. What this means in the context of higher ed today is that you need to continuously “make the case” for your existence, including providing “evidence” of the “strength of the market” in the field.

Aside from being highly deceptive, by focusing only on the academic route (contingent or not), such arguments take a very narrow approach to WGS degrees. In fact, when compared to some of the more traditional disciplines, WGS is in a prime position to prepare students for the realities of today’s job market. I know WGS grads working as editors and in think tanks, as journalists and in NGOs (and I’ve had many of these jobs myself). Moreover, such a limited view of what is possible with a WGS Ph.D. demonstrates an extreme lack of concern for and awareness of the lived realities of soon-to-be and recent graduates. I am not going to detail the challenges posed by visiting and similarly temporary positions—entire essays have been written on this. I want to focus here on the larger issue at hand: that these arguments ignore the power dynamics between those differently positioned in WGS, dynamics that operate not only within the discipline, but throughout higher ed.

As Jennifer Ruth poignantly showed recently (though not speaking in the WGS context), we are all complicit in perpetuating these dynamics, including those working in “middle management.” While not making sweeping higher ed policy decisions, these “middle managers” are the actors, Ruth argues, who make the everyday decisions that continue to perpetuate this system: department chairs who accept non-TT positions to “grow” their programs, TT faculty who ask for adjunct coverage so they can finish that book. Those working in WGS should be held accountable when their actions uncritically perpetuate a racist, classist, and ableist system whose increasing corporatization is leading to a “winner-take-all” market for a tiny minority of faculty and increasing contingency for the rest. Significantly, 76% of faculty are contingent—with women and people of color making up a large percent. 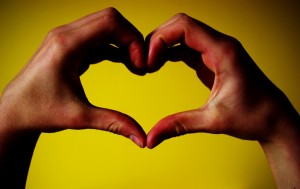 As often happens, this example of the way we are not leading points to the ways that we might. The answer, I believe, lies within the “love praxis” that The Feminist Wire has been developing over the past few years. Critically, as described by managing editors Darnell L. Moore and Monica J. Casper in a recent article: “A radical love praxis means attending to uses of ‘love’ that are antithetical to social justice.” The current mobilization of love for women’s and gender studies has called for a love that allows it to grow (i.e. become institutionalized) no matter the cost. This mobilization is also dependent upon a passion for the subject: if we love what we do, the high cost shouldn’t matter. But it does. If left unchecked, such efforts not only perpetuate the exploitation of graduate students and contingent faculty, but they crumble the bridges between those working within the feminist academy and those working at the margins (not to mention outside). It is imperative that this antithetical love be attended to. To do so, we must, as Audre Lorde directs, recognize our differences, no matter how hard this becomes. In so doing, we begin to work in community, regardless of our relationship to the academy and our stakes in it. This is how we begin to harness “love’s possibilities for transformative justice and communal healing.”

Recently, there has been movement to address these issues more systematically, from a place of transformative love. The work being done at The Feminist Wire is a part of that movement. For my part, working together with a group of scholars from the continental US, Puerto Rico, and the UK, I will be participating in three roundtables organized around the theme of feminist perspectives on contingency at the National Women’s Studies Association conference this fall. Our approach is two-fold: first, to provide a space for contingent faculty to voice their concerns, to be heard and begin to heal, and second, to outline some concrete steps that WGS as a discipline can take to address the issue.

The journal Feminist Formation has recently put out a call for papers for a special issue on “Institutional Feelings: Practicing Women’s Studies in the Corporate University,” edited by Jennifer Nash and Emily Owens. This issue is important not only because it is the first academic journal to take this on, but because of the centrality of feelings and the space that such a focus offers for the kind of transformative justice and communal healing that “love praxis” demands.

And this brings me back to Audre Lorde. Lorde’s work has been hugely influential to my understanding of WGS, and the use of her words to introduce this post is intentional. “Master’s Tools” is one of Lorde’s most-quoted essays in and outside of feminist circles, yet the context of her words is often lost. Lorde delivered this speech to a group of feminists, in an academic setting (at the Second Sex Conference held at NYU in October 1979), and the righteous feelings of anger and frustration at the marginalization of black women in the movement are palpable. Yet another feeling overwhelms here and throughout much of Lorde’s work: determination. Like Lorde, I am determined not to give up on academic feminism’s potential for liberation.

I love it too much.

Wherever you fall on the academic feminist spectrum, if you care about these issues please make your voice heard. Respond to the call for papers for Feminist Formations. If you’ll be at the National Women’s Studies Association conference this fall, please join us! Speak your truth below in comments, elsewhere on social media (use the hashtag #WGScontingency), or–for those of you lucky enough to be in positions of stability and power–in faculty meetings and at university functions. 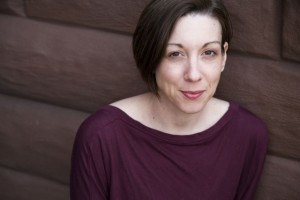 Gwendolyn Beetham received her Ph.D. in Gender from the London School of Economics. She is assistant editor of “University of Venus” at Inside Higher Ed and curator of “The Academic Feminist” at Feministing. She tweets here.