At least, this is what I’ve taken from you all these years.

Black women aren’t meant to be love interests or high school crushes, dynamic leaders or multi-dimensional heroes; but rather, they are seen as wise God-fearing grammies and sassy big-boned caricatures. I’m a strong black woman who don’t need no man, right? 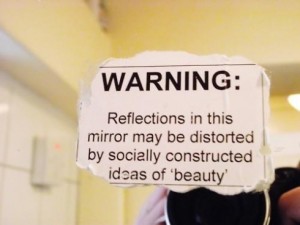 I mean, as evident in the media, it’s not as though I could get a man regardless. Black women are impervious to healthy relationships, and must forever fear being left for white girls, because eventually our men will yearn for something greater than brown lips and big hips. And it’s alright; it’s alright because then we grow into the sassy big-boneds who don’t need no men anyway.

Don’t get me wrong: sometimes we’re allowed to keep our men! Sometimes. How else will we grow into wise old grammies?

What kind of black woman am I right now, you ask? I’m not sure. There hasn’t been a manual on how to be a Black Girl yet, so I’m still sitting idly by for my inevitable chocolate husband to either plant his seed in me or sow his oats somewhere else.

No, at the moment, nobody yearns for me, dreams of me, writes for me, or sings to me. I may consider myself pretty—pretty decent, that is—but white people are immune to finding the coloreds attractive, and apparently I just don’t have It for black people. My hair is much too nappy, my nipples are much too dark. As a black girl, I resemble a monkey too closely. It’s not a racist claim to call black women monkeys—it’s allowed in high schools across the country. If black children call other black children “monkeys,” “niggers,” or “African booty-scratchers” it’s neither racist nor offensive, like apples calling apples red.

Oh, perhaps I can infect a white person with Jungle Fever. I’ve heard some of the crazier ones have weaker immune systems. Maybe he’ll call me exotic, the highest honor for colored girls in today’s post-racial society.

Pretty black girls just don’t exist, you see. Before we’re taken by men, we’re just amorphous molds devoid of vigor and beauty, tenderness, and strength. We have two aforementioned final forms, and at least it’s something for us to look forward to.  I can choose to be sassy, spunky Shaniqua or sweet, sagacious Sojourner in the end.

A couple of us have broken from the mold—you know, Kerry Washington, Toni Morrison—but a few rags-to-riches stories don’t write the whole book.

You, calling Africa a country.

Or you, avoiding the sun in fears of a tan.

You, denouncing the color in your history.

You, asking if my hair is real, asking if I can twerk, asking why I “sound so white.”

You, trying to dip me in white because the brown is too strong for you to handle. 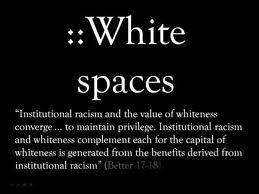 What I’ve taken from you, dear reader, is the modus operandi, the way of being for myself and those alike. I’m thankful for such enlightenment; I was almost foolish enough to skip marriage altogether and pursue writing. Silly me. 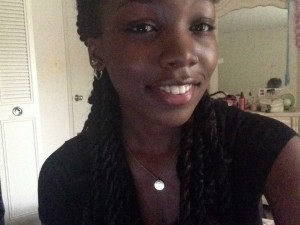 Kaila Philo is a student at the University of Maryland, Baltimore County studying Philosophy and English with concentrations in ethics and creative writing, and learning languages on the side. She’s working toward a Bachelor’s in Philosophy/English, a Master’s each in both Applied Ethics and Creative Writing, and an eventual PhD in Applied Ethics. She hopes to become a novelist, poet, political writer, and literary critic. Kaila lives in Baltimore, Maryland, where she spends her days planting flowers in art museums and wants nothing more in life than to leave a lasting positive impact on whatever she touches, and maybe become mildly photogenic along the way.