Girls On Top – Who Really Benefits from Sexuality, Identity and Branding in Pop Music? – The Feminist Wire

Home / Music / Girls On Top – Who Really Benefits from Sexuality, Identity and Branding in Pop Music?

Girls On Top – Who Really Benefits from Sexuality, Identity and Branding in Pop Music?

Let’s face it–analyzing issues of gender, beauty and sexuality in the music industry is exhausting. Arguing for women’s agency is important, but in the midst of the repackaged, camera-ready, post MTV world of ‘sex sells and you better get used to it, because it’s not going to change,’ it’s sometimes difficult not to start screaming “what’s the point?!” while desperately searching for the nearest window to throw my television/laptop/iPad/mobile from.

For as long as I have lived, the charts have been dominated by women.  Alanis Morisette, Madona, Sheryl Crow, Fiona Apple, Meredith Brooks, Janet Jackson, Toni  Braxton, Britney Spears, Christina Aguilera, Beyoncé, Sheryl Cole, Lady Gaga, Whitney Houston, Mariah Carey, Spice Girls, Lykke Li, Celine Dion and hundreds more. Yet women in music are still marveled at, as though it’s a recent phenomenon that they’re capable of creating it at all, despite female artists continuously shifting record-breaking units in the face of falling industry sales.

But what is it that makes women musicians popular or unpopular today?

James Dickerson once suggested that to be popular women needed to write rebellious music intended for a male audience that “expressed male fantasies about women,” while simultaneously delivering messages that would resonate with women. While Kathleen Hana may tear her hair out at that idea, Dickerson’s statement reflects an trend in the music industry. After all, we’ve seen the ‘angst-pop’ formula thoroughly pedaled from Fiona Apple to Avril Lavigne, from Kelly Clarkson to Pink, and there’s no shortage of mass-marketed, good-bad-girls with just enough Linda-Perry-approved ‘edge.’ When these women achieve success, then come the poor attempts to transform these artists into pure pop stars – think Avril Lavigne’s ‘Complicated’ to ‘Hello Kitty’ leap. In today’s market, that is one sure path to success.

With the rise of MTV in 1981, pop artists were regularly seen as well as heard, and with the dozens of music channels today, advertising, marketing and branding which have eliminated the mystery of the artist. Constant footage, photos, blogs and social media means we have access to celeb life 24 / 7  or rather access to what we perceive to be their  lives. You only have to look at Lady Gaga’s social media outreach and the legions of people working tirelessly on her image, clothing, maintenance, reception, and retention to see that it is not enough to merely write songs–you have to be your own brand.

For contemporary artists, there are a stream of expectations, many of which are difficult to reconcile with the love of making music. In fact, the industry is riddled with a need to satisfy an audience’s expectations of how pop stars should look.

That’s all well and good for conventional beauties like Lana ‘feminism is boring’ Del Rey, but more problematic for those artists deemed not attractive enough. Enter the team of marketers, advertisers, stylists, and general consultants to create alternative brand identities to make an artist marketable.

Lady Gaga is a prime example of how looks matter as much if not more than talent. Her marketing team worked to great lengths to ensure she was an artist that would, if nothing else, make mass culture more interesting. From a variety of stunts, including Gaga’s 2011 rebirth from a giant, plastic egg to her coat of meat which angered vegetarians and confused a public who had to wrap their heads around a ‘pop star’ straddling mass culture and subculture. 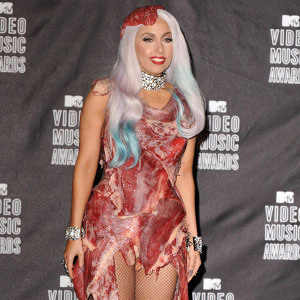 When asked about the coat, Gaga proclaimed proudly that the dress was a symbol of gay rights worn in opposition to the way gay soldiers are treated in the US. J. Jack Halberstam has celebrated this move as a means of bringing down rigid heteronormative ideas towards sex, culture and gender. Katy Perry, Ke$ha, Adam Lambert and countless others have also been quick to pen pro-gay anthems. But it’s hardly new, Gloria Gaynor anyone? The only phenomenon here is that while so many other pop artists remain silent, Gaga spoke out: “If we don’t stand up for what we believe in, and don’t stand up for our rights, pretty soon we’re going to have as much rights as the meat on our bones.”

Gaga and musicians like Beth Ditto, the front woman for Gossip, happily carry on the ‘girls to the front’ mantra by calling out men for mistreating women during their shows. This is done by men and women. Dave Grohl famously kicked someone out at a Foo Fighters gig a few years back and Shirley Manson will ‘fuck you up’ for hurting people at Garbage gigs.

Rock music is associated with expression, and pop with pretense. Beth Ditto and Lady Gaga can get away with calling out misbehaving at a gig because that’s part of their image. That’s the brand identity pact.

Many feminists have questioned the life-span of pop music and sexism of branding. Most recently, the transformation of Miley Cyrus, the little girl Hannah Montana turned orally fixated wrecking ball construction worker aficionado, has tongues wagging about how her transformation has taken place. But as quick as she was to shock, those working behind the scenes are struggling to know what to do with her next. When you’ve eliminated the shock tactic and it’s accepted as a brand norm, the distribution options start to lessen. Chances are Miley’s career will decline and the next young thing will steal the pop crown because it’s easier to brand afresh than sustain an act.

There has always been a complex interplay between the consumption and delivery of pop music and what it means for women working in the industry. I’ve raged with friends working in music, from musicians and PR’s to agents, from managers to producers about the rights and wrongs and what it means to be successful for women in pop music today. Pop music  both reflects and dictates mass culture. As we plunge full steam ahead into a world of instant gratification and information, where we no longer want but demand everything in real-time, pop stars are expected to adapt to this. This is where marketing matters, constantly finding new ways to promote the brand while the artist must be seen to be musically striving to reach more authentic heights. As the relationship strengthens between promotion and pop, it won’t be the singers that matter, but the teams behind the face that stand to really make a name for themselves. 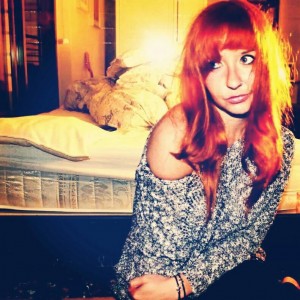