The Cult of Motherhood: A Century of Mother’s Days – The Feminist Wire

Home / Culture / The Cult of Motherhood: A Century of Mother’s Days

The Cult of Motherhood: A Century of Mother’s Days 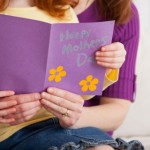 As a child growing up in the United States, I perceived our national holidays as no more artificial than the days of the week. Santa Claus was the first pin to drop, followed shortly thereafter by the Easter Bunny. As a teen, I was told Halloween was for children, I began to understand that the first Thanksgiving feast we had happily celebrated in elementary school was mostly a figment of a collective guilty imagination, and I started to think of Valentine’s Day as a “Hallmark holiday.” Mother’s Day, however, retained a metaphysical air about it.

As far as holidays go though, while the origins of Valentine’s Day date back at least to the Middle Ages, Mother’s Day is a relatively new invention. In fact, this year marks only the centennial celebration of Mother’s Day as an annual federal holiday in the U.S., where it was first established as such. Of course, the cult of motherhood has ancient roots; from Mother Nature to feminine deities symbolizing motherly virtues, to the Virgin Mary and the U.K.’s Mothering Day, women as mothers have been revered to varying degrees more or less throughout human history.

Indeed, the iconic mother has frequently been invoked by the existing masculine order as a political tool to thwart or demonize women’s movements and like-minded individuals. The Christian emphasis on the Virgin Mary, for example, has for centuries been used as a means to counteract women’s demands for inclusion in the religious establishment. Mary, the devoted and forgiving mother of Jesus, was cemented as the female ideal to which all women should aspire. It should thus come as no surprise that the first Mother’s Day celebration in the U.S. – in 1908, prior to its being established as a federal holiday by Woodrow Wilson – was hosted by the Andrews Methodist Episcopal Church in Grafton, West Virginia. Though religious institutions throughout the world have often been the most vocal adversaries of women’s empowerment, motherhood is, first and foremost, safe.

Celebrating women as mothers is a way to acknowledge women’s contributions to society in their “natural” role. At the same time, Mother’s Day serves to remind childless women of their biological call to duty and the societal value thereof. In spite of all the hype about being Valentine-less on February 14, escaping Mother’s Day – America’s second biggest commercial holiday after Christmas – is arguably far more difficult. Though the hearts and cupids and chocolate boxes may remind single women of their singleness, when 85% of the American population celebrates Mother’s Day, it is no wonder that some women feel left out.

After all, women as women are not so cherished. Though Mother’s Day is backed by some as a day to counteract the societal emphasis on men all the other days of the year, is that really reason enough? Even those who criticize the commercialization of the holiday typically do so half-heartedly and still go through the motions. As Tom Engle quipped in his recent article on Mother’s Day for the Kansas City Star – an article that pokes fun at Anna Jarvis, the woman who advocated the establishment of a day for mothers, for her eventual renunciation of the holiday due to its commercialization – “It’s hard to imagine how anyone could get riled up by a Hallmark card showing a serene mom clutching roses.” It is precisely such sentiments, depicting Mother’s Day as the most wholesome of holidays, that serve to disguise the fact that Mother’s Day is a highly effective means of keeping the cult of motherhood alive.

The timing of the first celebrations of Mother’s Day is significant. With American women rallying around the suffrage cause and working class American women, including many immigrants, staging protests and mass strikes that are now commemorated – quietly in the U.S. – by International Women’s Day, the late 1800s to early 1900s were no doubt a time of turmoil for the white male establishment. While securing women’s voting rights took well over half a century of concerted effort, establishing a national mother’s day took Jarvis less than a decade. Perhaps in this instance too, motherhood was used to discredit women’s calls for more rights by putting the mother figure back on her pedestal, thereby undermining other identities that women had begun to claim such as worker and citizen.

Today the cult of motherhood continues to be used and abused to control women’s lives and their bodies. Though there is no better indication of this than in the pro-life movement, with its emphasis on the criminal act of refusing to bear life no matter the consequences, the sacred mother figure is also present in more diffused ways. From suggestions that Hillary Clinton should stand down on a potential 2016 presidential bid to be a grandmother, to the pop culture fascination with pregnant teens who choose to see it through, to the increasingly talked about role of mothers themselves in sustaining the cult of motherhood, motherhood and women are treated more or less interchangeably.

The same backlash against women who ignore or undermine their motherly duties is present in the discourse surrounding Mother’s Day itself. While Jarvis had initially envisioned a day to commemorate one’s own mother – hence the singular spelling “Mother’s” – the holiday has gradually come to encompass “other mothers” as well, that is, mother figures. They have tried to make mothers of us all, even those of us who for a myriad of reasons do not wish to be associated with motherhood in practice or in theory. Aunts, sisters, godmothers, coaches, teachers, mentors, and friends – though words exist to describe each of these roles, when they are women, they are mothers. It is as if to say that any act of kindness, generosity, or solidarity on the part of women radiates not from their humanity, which knows no gender, but from the universal motherly instinct that is woman.

Because women have been so reduced to this presumed common denominator, it is no wonder that motherhood is wrapped in such a cult-like mystique. With the Super Mom ideal having largely surpassed the Virgin Mary in this day and age when the average woman must balance it all with a smile, the societal expectations for mothers are more unattainable than ever before. According to the experts at Hallmark, while it is okay to make fun of dads in Father’s Day cards, doing so in a Mother’s Day card will only make moms cry. Motherhood, unlike fatherhood, is presented as a sacred, self-sacrificial mission that defines all women and to insult or make light of that holy task would be akin to questioning the very essence of womanhood. If she is not an adequately devoted mother, what is she?

Father’s Day, in contrast, celebrates fatherhood as one part of a man’s life. Though fatherhood is more long-term than any career and theoretically more time consuming than any hobby, father’s are often gifted neckties, watches, tools, and other gadgets – all things that have use-value in respect to other elements of their identity. Meanwhile, for Mother’s Day billions of dollars are spent each year on commodities such as flowers, candies, and jewelry (often highlighting children’s birthstones) and countless children make mementos featuring their faces or handprints. The inescapable conclusion to be drawn is that beyond the bounds of motherhood, a woman has no identity.

Even the majority of more “unique” gifts as of late that are said to reflect mothers’ individual tastes – as opposed to the same flowers and cards that every other mother gets – usually revolve around the kitchen, gardening, or a break from motherhood whether in the form of a restaurant or a spa. Mothers, in other words, are denied the selfhood so essential to our conception of men. While present shopping for a father can be agonizing, namely because he wants something new, something that he will get use of, Mother’s Day tells us that for mom it is the thought that counts. Her motherhood is eternal and her motherly love unconditional. Like water, or air, or the earth itself, women are a precondition for life and thus they can be exploited, for no matter how painful the task, it is their cross to bear.

Melissa Seelye is an independent researcher. She is especially interested in emerging feminist movements in the East and the effects of Orientalism on Western perceptions of Eastern women. In addition to writing on Kurdish issues, she has also participated in a number of international conferences on Middle East studies.