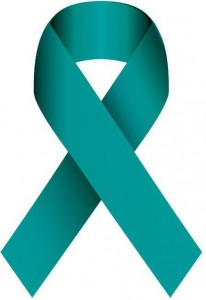 It wasn’t violent stranger rape that my mother told me about. That I knew by watching the news, by being afraid to walk down the street, it became instinct. It was the friend-that-you-invite-over-after-dinner, the guy-that-lives-down-the-hall-from-your-dorm-room, the date-that-doesn’t-take-no-for-an-answer-while-your-roommate-is-sleeping-in-the next-room, kind of rape that my mother told me about when I was eight. She would come home after work with stories and my sister and I would listen to them on the couch in my living room. I remember staring out of the dark windows as she warned me of the terrible ways I could be violated, only able to see my reflection and wondering about the things I couldn’t see.

“We trust you, we just don’t trust them,” my parents would say when I would ask if I could go out. My mother made the rules and my father enforced them. There couldn’t be an equal number of boys and girls, because that would be a group date. If there were more boys than girls, they might take advantage of us; but if there were more girls than boys, who would protect us? I feared men and I needed men.

Growing up, I rarely hung out with boys whose mothers my mother didn’t know; I checked in often, calling every time I reached or left somewhere, providing phone numbers for any friends in the vicinity who would find me if she couldn’t. I continue to text, email and call regularly. If more than a couple of hours goes by and she can’t reach me, I get an angry phone call from my sister telling me to “call mom, she’s freaking out” or a friend sending me a text to let me know that my mother is looking for me.

My mother and I made it work and we continue to make it work.  I know my mother wants to protect me from the sexual harassment—“eve-teasing” they call it—she experienced every day on the streets in India, from the “what did you do wrong?” response to being raped, and from the painful, all too normal experience of being violated. She wasn’t trying to victim-blame, she was trying to teach me how to survive. My mother wanted to keep me safe. It never felt like she was insinuating that it would be my fault if I were raped. Instead, she wanted me to take precautions so that we would never have to have that conversation.

Thank you, mom. Thank you for never shielding me from the unfortunate reality of our sick, dangerous world. But, I can’t help but wonder about the women who don’t fear men as much as I do, maybe simply because they haven’t been thinking about it for as long as I have. I envy them. They who can walk down the street alone after dark; who don’t mind using public transportation in the middle of the night; who don’t carry a pocket knife and pepper spray wherever they go. They who haven’t been brought up in a culture where victim-blaming and survival share a fine line because most of us know it’s never a woman’s fault, but we’ve been taught that you don’t go out alone at night or hang out with men that are not your brother or husband.

I gawk at the white women who travel alone in the rural parts of India, away from the urban streets where I would be unfazed by their tank tops and shorts. They chat loudly, and walk proudly; I cower on the side, covered head to toe with a scarf to hide my face, wondering if those women have any idea what the men are actually screaming at them, wondering how their parents let them fly across the world alone, wondering if they will be safe.

I remember the long walk home one evening, frustrated from the cat calls and uncomfortable subway rides, I gave one man on a motorcycle the finger as he blew kisses and asked if I wanted some obscene thing that has no direct English translation, and shouldn’t. I remember walking quickly, almost running home as he followed on his motorcycle. I prayed for a male companion. But this isn’t the way most rape occurs. We are told that assault from a friend or acquaintance is much more common. So, I wonder if they are being naive or if I’m being paranoid? Are they putting themselves at risk or am I restricting myself over an irrational fear?

I wonder if I’ve distanced the problem, so that I don’t have to face what is right next to me. When I sit in a room with my female friends, I wonder who in our group is the 1 in 4*? Is it me? Have we all been violated, and we just don’t know? Have I spent so much time immersing myself in conversations about interpersonal violence and sexual assault that I can’t help but see it everywhere? When I look back, I question how consensual some of my experiences really were and wonder if things would have gone differently if I were older or stronger or sober.

I think about relationships I’ve been in and wonder how comfortable I was with saying no and how much I felt like I needed a man to protect me that I would compromise to keep him by my side. I wonder about when being asked for consent isn’t enough because society tells you your voice isn’t valuable enough to be heard, when saying no leads to a fight or hurts someone you love, or when we are so socialized to please others that we are unable to recognize what we actually want so that when you ask me, I don’t even know the answer.

We’ve talked about masculinity. We’re working on deconstructing it and we’ve learned that at the base, masculinity breeds men who strive for power. To grow up in this society and aim to be a “proper” man you will end up hurting women. So I wonder, as a woman, am I destined to be a victim? If I exist in this society and behave as a “proper” woman should, will I be hurt by men? Have I been hurt by men just by being a woman?

To claim that all women are victims is like claiming that all heterosexual sex is rape (yes, Andrea Dworkin) and you have to wonder how productive that is. We have to live in this world, we have to interact with men and we have to hold on to some sort of agency, some sort of power. I don’t know if my fear is irrational, but I also don’t know if that matters if it keeps me safe. Sometimes, I want to unlearn the rape statistics and every way our justice system can and will re-victimize you when you try to report. I want to un-hear the stories from the hotline calls at the domestic violence shelter. I want to stop seeing violence everywhere I go. I would never suggest anyone to think about rape as much as I do, but I suppose I would encourage everyone to think more about positive interactions, consent, and conversation. We can all participate in this conversation, about sexuality, about consent, about what makes us happy and about how we can love each other enough to stop hurting each other. I know that I am trying. For every man that I convince to stop using the B word, I feel stronger. For every woman that discloses her pain to me, I feel determined. For every reminder of the love and support I have from my friends and family, the violence feels a little easier to fight.
________________________________________________

Shivani Davé is trying to navigate her existence as an Indian woman in a white world. She attends Vassar College where she studies Biochemistry, Women’s studies and Asian studies