The Future: Resistance Beyond Apathy – The Feminist Wire

The Future: Resistance Beyond Apathy 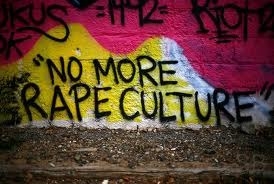 The lamenting of “today’s youth” and their so-called apathy, ignorance and self-indulgence is nothing new.  Each successive generation is often dismissed by “adults” who publicly shame the “future” for their supposed ineptitude and perpetual failure to uphold the “values” of past generations.  However, nostalgia is a dangerous drug.  Beyond the simplicity, historic amnesia and the poetics of nostalgia, the criticism from adults usually focuses on the selfishness, stupidity, warped values, and refusal to care about the future.

Too busy tweeting, playing video games, or on Facebook, youth are incapable of ushering in change. These public denunciations are in many ways not about the “kids” but the failures of the adults to grapple with or successfully adjudicate some of life’s great questions, whether poverty, racism, sexual violence, global warming or war.

Not surprisingly, the ubiquitous attacks on today’s youth mirror those of the past; it’s a regular occurrence for the “grownups” to bemoan the apathy, ignorance, materialism, and moral degradation of ‘dem kids.  Not surprisingly, much of today’s rancor focuses on this generation’s reliance and use of technology. Citing smart phones and #hashtags, Facebook and Twitter, Tumblr and YouTube, and countless other technological tools, dominant discourse often locates the purported apathy and pathological failures of the APP generation in their distracted hands and minds – yes, it’s gotta be the technology.

Such narratives not only conflate body and technology, reducing today’s youth to little more than an appendage of a device, seemingly imagining them as indistinguishable from the technology itself, but they also erase the ways that youth are using (rather than being used by) technology to push through barriers.  Rather than indicative of apathy and disengagement, hashtags and twitter, memes and blogs are the tools of transformation.  Today’s youth are challenging injustices, offering counter narratives, articulating freedom dreams, and demanding accountability, in ways, with voice, and with reach that my generation wished for.

All one has to do is look at the activism that is taking place across college campuses.  In the face of systemic racism, students at Michigan, Harvard, UCLA and countless other campuses have used twitter and tumblr to shine a spotlight on daily microaggressions and systemic obstacles to both diversity and equity.  The ability to spotlight the experiences of students of color with cue cards with experienced microaggressions, and then share them across the Internet, highlights the creativity and the political engagement of today’s youth.  In the face of budget cuts directed at ethnic studies, students at CAL State Los Angeles, and elsewhere, have refused to accept the “we are in a recession” justification for the longstanding dismantling of these programs.

While media outlets rightfully document the persistence of antiblack racism on college campuses, students are organizing against blackface parties, ghetto parties, and daily dehumanization that is part and parcel of the post-racial campus climate with little help from the purportedly responsible adults – the administration on campus.  Irrespective of the student movements that are increasingly becoming commonplace within the APP generation, the apathy narrative remains entrenched within the national imagination.  Notwithstanding rallies, protests, and organizing a range of injustice from Native American mascots to affirmative action bake sales, from hate crimes to rape culture, today’s generation of students are putting the work in on and off-line.

One of the primary sites of contestation has been against the entrenched rape culture of college life.  Sexual violence is endemic to colleges and universities.  A staggering 20% of women experience sexual assault or attempted sexual assault while attending a college or university; about 6% of men have experienced sexual violence, with half  — 50% — or 1 and 2 trans college students experiencing sexual violence while attending one of America’s LIBERAL institutions of higher learning.  Despite the epidemic of violence and an entrenched rape culture, many colleges and universities have done little to usher in change, to create a climate of safety and empowerment for all students.  The complacency of administrators, of faculty, and university stakeholders is appalling.

On the other hand, students, those so often ridiculed and demonized for their stupidity, selfishness, and narcissism have been at the forefront of resistance efforts.  Whether speaking truth to power during “Take back the Night” events or bravely penning their stories for online publications, or participating in lawsuits because of the systemic failure to create a safe environment, or organizing on campus, this generation of students helps center sexual violence and

rape culture in our public consciousness.  Recently, No Red Tape, a student organization committed to “fighting sexual violence and rape culture” staged a protest at a Columbia University Admissions event.  While they were escorted out of the event, their voice carried from the event to other campuses, whereupon students, particularly women, are refusing to be silent in the face of a rape culture that is aided and abetted by apathetic and disengaged adults. At University of

Connecticut, with the administration failing to adequately respond, students began organizing and highlighting institutional roots.  According to Martina Powell, who was a member Title IX Coalition, “Rape culture and violence against marginalized groups is rampant throughout our state, our nation, and our entire world. … We must not make this about one complaint at one school in one state. This is everywhere.”  This level of engagement and political determination, rather than apathy, defines today’s youth.

Resistance extends beyond the college campuses with the work of A Long Walk Home, an organization that uses art as a means to “end violence against girls and women” and FAAN Mail, a youth activist and media literacy group based in Philadelphia, which has been at the forefront of fights against “slut shaming” and street harassment.   Mary Elizabeth Williams documented the work of a group of Palo Alto students challenging rape culture:

In a bold and powerful series in the April 9 issue of Verde magazine, the students of Palo Alto High have made a dialogue for and by teenagers about the state of rape culture and contemporary adolescence – and they’ve given a lesson to parents and educators alike. It’s a fascinating work, and a model for exactly what far more high schools and colleges across the country should be doing right now. Confront the problem. Examine it. Talk about it.

These students, like the many college students who have shared their stories at The Feminist Wire, are breaking down the doors of a patriarchal culture that blames the victims of sexual violence, and that shames and mandates silence.

Youth are refusing to be silent, to accept the status quo, combating a culture of sexual violence all while demanding accountability from those who complicit in the perpetuation of .  This is not what complacency looks like; this is not what apathy looks like; this is not what appeasement or acceptance of the status quo looks or sounds like. What has taken place at Yale, USC, University of Connecticut, Occidental, and countless other schools, students are paving their own roads to justice.  The activism in the streets and the online organizing against racial injustice and cultures of sexual violence are emblematic of a generation that is using a myriad of tools to both give voice and demand action, to refuse silence and offer alternatives, to challenge cultures of dehumanization and offer up a vision based in community, justice, and love.