Personal is Political: My Mother Speaks through My Poetry – The Feminist Wire

Personal is Political: My Mother Speaks through My Poetry 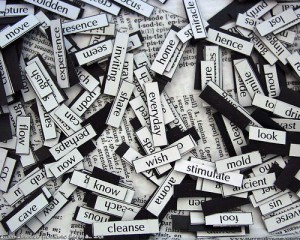 Before I was born, my mother visited an astrologer who told her I would be a poet. Not become one, but be a poet. Nor did the astrologer say whether or not I would be a professional one, a good one, or a bad one. All she said was, “She will be a poet.” My mother grabbed onto this notion and kept it. Ever since I was born, she wanted me to write. But it wasn’t enough to write well. She secretly wished I were a poet.

She was furious when I decided not to study poetry in college completely. I received a Bachelor’s in Fine Arts, but only an Associate in English. My mother said I wasn’t fostering my “inner desire to write.” I never listened or cared to study writing. I went to college. Wasn’t that enough?

Here’s the thing though: I do love to write. It finds its way into my everyday routine—gentle, and never forced. It is something that touches me as softly as the welcoming ray of light between the shutters of my window every morning. Its warmth beckons me to come and let more light in. I love words. I love painting with them, using their capturing radiance. This desire for wanting to paint with words is rooted in my mother’s strength and resilience.

My mother grew up in poverty, on a flimsy little farm, on a dot of an island in the Caribbean. Her family sold their crops for far less money than they were worth. On that heated speck of land, distant from any bustling civilizations, they advise young girls to go to school. When the first arrives, they tell young women to elope. It’s actually a trade—marrying farms together to survive at the expense of their daughters. My mother followed tradition like the rest of the girls from her hometown, but later fled to the United States after a shameful divorce.

In her hometown, she was one of those unbearable women that someone divorced. She escaped to the United States on a whim because of her love for American television. She grew up watching The Bionic Woman and The Brady Bunch on a busted, almost broken, twelve-inch television set in her tiny room, where water leaked from the ceilings over her frayed pink bedroom quilt and cockroach-infected floors. She was drawn to these programs’ flashing pictures of family normalcy and robotic female empowerment.

My mother didn’t have many books, and she dropped out of college the moment she was married. So, there was an absence of security on her part pertaining to literature, higher education, and communication. I never noticed this growing up, but she would provoke me to read literature, speak properly, learn English fast, and never forget Spanish so that I could always have a dynamic resource of more words. This was all for the purpose of promoting self-esteem, freedom, options, openness, and progression, because my mother was deprived of all these things. She rarely had any room to breathe or any positive forward movement in this world. Her life was a howling storm, a chaotic war, but never poetic in her eyes.

She bounced around between abusive relationships and tumultuous jobs. She went back to college later in life. She finally earned her yearned career in finances, only to lose it during the financial collapse of 2008. Now, she is working in indentured servitude, in a job for which she is over qualified. To her, the only success and greatness she ever had were her children, extensions of her that could be better.

Throughout her life, my mother never spoke up. She was never allowed to speak up due to her familial roots.  This was intensified by the repressions of life itself.  The struggles she faced continued to restrict her, almost silencing her voice completely, but her silence made her stronger, furthering her capacity to give.  Everything she never had, she needed to give to us, especially her deprived ability to freely use words and amplify her voice. As a result, she taught me to always use my words and to know how to use them. She told me to let everything out, especially whenever I was enraged. Even if my anger was directed towards her, she’d tell me to yell every single word I could muster, no matter how hurtful they sounded. She didn’t care if my words would be offensive or even tragic.

While she believed love was the greatest gift, she thought the only gifts worth buying were books. Whenever she had money, she’d buy me books and books and more books. In this way, my mother fostered the importance of expression in me. If it wasn’t for her teaching me these lessons, I wouldn’t be able to catch crisp words up in the air and easily know where to use them. She is always there when I jot things down, creating sound wonderful forms of what I perceive and love. It is because of her that I know that all words, and every way of saying and writing them, must not go unused or unnoticed, whether beautifully or hideously.

The habit of needing to be free with words is a duty I must live by, on behalf of my mother’s muffled voice and lost words. This obligation extends to every generation of women in my family, reaching far back to the time the first woman spoke on the face of this earth, and was silenced. It reaches to the first woman who was told to be and act as a woman, even though that was never enough. Finding and expressing their words is as vital as communicating my own. It is a huge part of me, an infallible legacy of my mother’s upbringing. 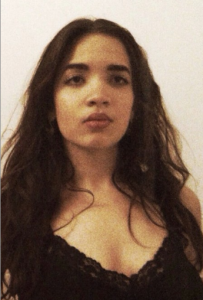 21-year-old Silvia Angulo recently graduated with a Bachelor’s in Fine Arts from the Film and Art School at City College of New York.  She was born in the Dominican Republic and hopes to inspire women with her writing, including poetry.  Silvia currently resides in Queens, NY.