COLLEGE FEMINISMS: The Girl(s) with the Pearl Earring(s) – The Feminist Wire

Home / Activism / COLLEGE FEMINISMS: The Girl(s) with the Pearl Earring(s)

COLLEGE FEMINISMS: The Girl(s) with the Pearl Earring(s)

I’m sitting in a small dining hall at Connecticut College, surrounded by about fifty of my student peers. My school is located in New London, Connecticut, situated roughly midway between Boston and New York City on the southern coastline of Connecticut. Connecticut College (often referred to simply as “Conn,” “Conn Coll,” or “CC”) is a small liberal arts college, with some 1,900 students in total. And while my school’s well-publicized statistics claim that nearly half of our student population receives some sort of financial aid, I look around and have trouble believing it. Why?

It’s the pearls. Pearl earrings are everywhere at this school. Here in the dining hall, I can look up from my keyboard and immediately spot polished pairs of pearl earrings, winking back at me from several peers’ ears. In the library, in my classes, at the gym…you name it, there are girls donning the glossy earrings that identify their wearers with the class of conspicuous wealth. 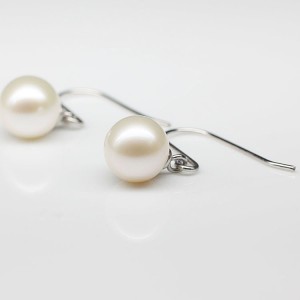 Ever since I noticed all the pearls at Conn, I can’t get them off my mind. Like when you become frustrated with a friend for saying “like” too much and it steals your focus every time you talk to her. Now, pearls are the first thing I look for, and after I see them studding interlocutors’ ears, my conversations become muted and distorted ­­— like I’m listening to an adult in a Peanuts cartoon.

But it would be unfair to criticize too strongly; I too am a perpetrator. Every so often, I put on my own special pair of earrings and join the pearled populace. It’s hard to let go of an adornment that you’ve had such a long relationship with, even when you’ve come to see it on others as a distasteful display of affluence.

I have had the same pair of pearl earrings for the past ten years. Ten years is a long time; ten years from now, I could be the director of a non-profit, or I could be married with kids — or both. A ten-year commitment says, “I won’t lose you.” It says, “I really care about you.” It says, “You’re a part of who I am.” That’s me with my pair of pearl earrings and not much else. Very few things have stayed constant in my life for as long as my pearls, be it the schools I’ve attended, passions I’ve developed and outgrown, or intense crushes that have blossomed and quickly withered.

I grew up in an upper-middle class rural town, about an hour outside of New York City. Throughout elementary school, white peers, teachers, and administrators surrounded me. My elementary school fed into a district with four other schools for both middle and high school; many students had divergent socio-economic, racial, and ethnic backgrounds from my own (a third of my high school, for example, learned English as a second language, after Spanish). This new setting provided me with a mixed bag; on one hand, I was exposed to a much greater breadth of cultural and economic diversity, but this also included greater pressure from new, similar peers to identify more as white and wealthy.

One constituent town of the school district was comprised of especially wealthy people. It was easy to pinpoint these students: you could see their parents dropping them off at school in a Mercedes-Benz, or watch them pop the collars of their Polo-brand t-shirts. To say that I admired my peers from this town would be an understatement: I revered them. Before middle school, I had never heard of J Crew or Ralph Lauren or Lacoste; after my first month in sixth grade, these brands — in the mind of an insecure young girl — felt like fashion necessities. And what went perfectly with a Lacoste shirt? A glimmering pair of pearl earrings.

While my parents never helped finance my new and unnecessary wardrobe “needs,” they did, however, buy me a pair of pearls. As a young girl, my pearls signified a rite of passage into the world of femininity. And, like so many of my peers from the “rich town,” they allowed me to represent privilege in a very visible and explicit way. With my pearls, I felt like Audrey Hepburn in Breakfast at Tiffany’s. I donned them with pride. My friends cooed, commented, and complimented. They nodded in approval as I peacocked down the halls. At the time, I didn’t question why I felt that I “needed” those pearls, but I did understand what it took to be accepted, and wearing pearl earrings helped me feel one step closer.

There was a definite shift as I graduated middle school and began high school. As the years progressed, I became increasingly more comfortable with my identity and looked less to clothes and accessories as proof of my worth. I started to appreciate friends more for their thoughts than for their Polo shirts, Uggs, and pearls. Reevaluating the foundation of friendships led me to question the wide disparity of wealth in our school district. I misplaced my pearls and didn’t look for them for a while — until I started my first semester at Connecticut College.

There, pearls once again felt like a necessity. Starting something new is always a challenge, but starting school at a small, private liberal arts college was particularly troubling, as I developed a greater understanding of income disparity in the local New London community. Conn offers generous financial aid support, and our current freshman class is advertised as the most diverse in the College’s history. But as a student, it just doesn’t feel that way. There is a constant display of the trappings of wealth and elitism at this school. Seeing a student wear a pair of pearl earrings isn’t just a fashion statement, it’s a sign of socio-economic self-identification. Does wearing pearls blatantly ignore the gap between personal fortune and social conscience?

As a Gender and Women’s Studies major, I have been taught to think critically about every aspect of our society. Questioning class, gender, race, ethnicity, and sexuality is a pivotal component of my studies. As I have begun to strongly grasp what a critical consciousness truly is, I have come to see privileged fashion decisions in a different light. I have frequent conversations with peers about gender norms, about those who have power versus those who do not, but these conversations seem to lose their grounding when I see my peers wearing pearls. How can we critique societal inequities if our pearls make us complicit? Developing a critical consciousness has been significant in my personal development, but if my peer group’s accessories reflect a conflicting ethos, it’s hard to find one’s place in the mix.

During my first break home from Conn freshman year, I dug out my pair of pearl earrings. This is not to say that I agreed with what the earrings stood for: wealth, elitism, social hierarchies, materialism, and consumerism. It meant going against my conscience to feel like part of the “norm.” I grapple with these contradictions on a daily basis. I am still at a crossroads between a fashion style embraced at Conn ­— one that sends a specific set of gender and socio-economic signals ­— and a feminist agenda for which I passionately stand.

Just like in high school, as I have become more comfortable with my surroundings and critical consciousness, the easier it is to swap pearls for jewelry from thrift stores, local fairs, and markets. The clothes and jewelry I wear now more accurately reflect how I choose to represent myself as an individual with a critical consciousness. I cannot ignore the fact that I come from a privileged family, one that has graciously supported my education at Conn. Nonetheless, I have an obligation to apply the critical consciousness that I have developed here to bring about disruption and social change. If no professor had ever introduced me to critical analysis, I would still be wearing pearls without an understanding of what they signify.

But every so often, I still slip on the pearls.

Regardless of my feminist consciousness, I just can’t ignore the pressure I feel from peers to abide by the norm — to wear the pearls, to buy an overpriced Patagonia jacket, to display wealth and privilege in a flashy and outward way. Of course, I cannot attribute the blame entirely to the Conn community; I take ownership of my indecisive display of feminism, knowing that feminism is not a light switch, but a constant challenge of critical thought and reassessment.

So here’s my shtick: I’m a feminist because I believe in a feminist consciousness, one with which I am able to embrace my intersectional identity and positionality in the world. And I’m still working on it. My story isn’t complete, and I’m not planning on throwing away my pearls quite yet. 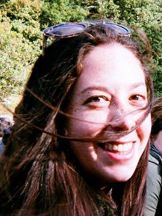 Renna Gottlieb is a junior at Connecticut College, where she is a Gender and Women’s Studies major and is pursuing an Elementary Education Certificate. She is also a scholar in the Holleran Center for Community Action and Public Policy. Outside of the classroom, Renna is a member of the Gender and Women’s Studies Student Advisory Board, a Campus Action Intern for Planned Parenthood of Southern New England, Vice President of the Connecticut College Democrats, and works for the Office of Admissions at the College. She is a passionate student and activist, who consistently critiques the contemporary “norms” of the society in which we live. She is currently binge-watching the television series “Lost,” which is occasionally too scary so she has to mute it.