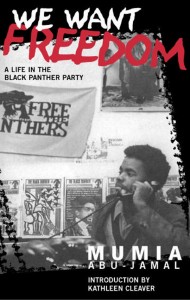 Mumia Abu-Jamal seems at times to be bigger than life. Many around the globe revere him, while law enforcement authorities despise him.  His very existence symbolizes so much about America and at the same time speaks to the resistance, human dignity and political resolve of the dozens of political prisoners caged inside her belly.

There have been political prisoners in America for well over 100 years – John Brown, Marcus Garvey, Ethel and Julius Rosenberg, Kwame Touré (Stokely Carmichael), Eugene Debs and The Rev. Dr. Martin Luther King – just to name a few. Despite the fact that all of these people are very well-known for their political beliefs and actions each and every one of them, like Mumia, was incarcerated in America.

Mumia is sheer genius and yet simultaneously he is the embodiment of humility.  An articulate orator, insightful author, loving family man, compassionate revolutionary and prolific writer – all are simultaneously appropriate and inadequate descriptions for a Brother who has defied the odds time and time again. And yet, he remains caged in one of the thousands of prisons that has earned America the dubious distinction of being the number one jailer in the world.

For many years I, like hundreds of people around the world, volunteered to build support for Mumia. After years of serving as a volunteer, I had the occasion to visit Mumia for the first time. Admittedly, I was a bit nervous and unsure of how our meeting would go. After all, he was internationally acclaimed and enjoyed the dedicated support of luminaries such as Archbishop Desmond Tutu. I wondered if the conversation would be engaging enough for him. Within seconds of our meeting we were both laughing uncontrollably.  Mumia was shocked to see me because for the many years that he’d heard of my work on his behalf and many other political prisoners, he’d always assumed that I was white. He was so surprised to see that I was a black woman wearing my hair in long locs like his that he could not control his laughter. His ease and laughter were infectious and all my anxiety immediately disappeared. 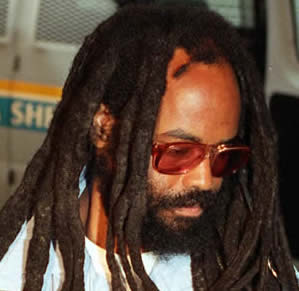 It has been an honor and a privilege to work on Mumia’s case both formally and behind the scenes. A gentleman and a scholar, but also a humanist, Mumia touches everyone he meets. He would quickly remind everyone that “he is no different” and that there are dozens of political prisoners in America equally deserving of the accolades so easily bestowed upon him. And it is that very reminder from him that makes so many recognize him as an icon. That he is selfless in the face of decades of ridicule and demonization and, let us never forget; a protracted struggle to save his life, endears him to us and earns him the respect and adoration of the masses.

Like Che, Mumia loves the people and their struggle for liberation. How ironic that a person of such amazing international stature and who for so many symbolizes black resistance in modern times, would be at the center of the struggle to abolish the death penalty in America. How ironic is it that Mumia is one of the most sought after college graduation speakers? How ironic is it that the list of Constitutional violations in his case reads like a syllabus for a criminal law and procedure class? And it is ironic that a Congressional debate was actually had about the fact that a small town in France adored Mumia enough to name a street after him! From death row, Mumia was able to expose the best and the worst that America had to offer. How ironic! 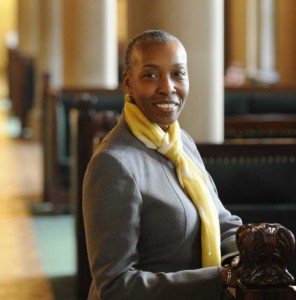 Soffiyah Elijah is the Executive Director of the Correctional Association of New York. She is the first woman and the first person of color to lead the nearly 170-year old organization in its mission to create a fairer and more humane criminal justice system. Ms. Elijah has dedicated her life to human rights and social activism, and is a frequent presenter at national and international forums on criminal justice policy and human rights issues.

An accomplished advocate, attorney, scholar, and educator, Ms. Elijah has practiced criminal and family law for more than 30 years.   Prior to leading the Correctional Association, Ms. Elijah served as Deputy Director and Clinical Instructor at the Criminal Justice Institute at Harvard Law School. Before moving to Harvard, she was a member of the faculty and Director and Supervising Attorney of the Defender Clinic at the City University of New York School of Law.  Ms. Elijah has also worked as a Supervising Attorney at the Neighborhood Defender Service of Harlem, a Staff Attorney at the Juvenile Rights Division of the Legal Aid Society, and in private practice.