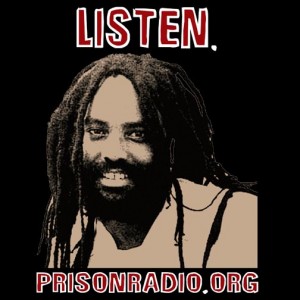 In the winter of 2001-2002, the dust of the Twin Towers continued to settle, it seemed to me, along with the snow.  I spent that year teaching eager young minds in an elite liberal arts college in Maine.  From a chilly office in the gothic stone building of the History department, I mourned, filed my dissertation, and hoped for an academic career.  Many nights I spent late into dark in that office, and occasionally, Mumia Abu-Jamal came to join me.

Into the still, stone calm of that architectural authority, Mumia’s gorgeous baritone echoed as into a canyon.  Several times he decided to speak to me of his own accord, a ghost in a machine, beginning with a single word, “remember,” an injunction whose specific object was lost in the startling sound of the recording turning on without any action on my part.  I had left the CD in the player; some eerie mechanical imbalance caused it to play by itself.  The first time, I nearly jumped out of my skin.  It seared the memory into my brain, his amazing deep bass voice booming out of nowhere, nobody:  “Remember.”  The gravitas, in the echo.  His gentle warmth, and the New England winter cold.

The imperative seems to me now like a plea to remember so very many things, including Mumia himself, though I don’t remember anymore what exactly he was exhorting us all to hold dear.  That year, 2001, had been one of great activism on Mumia’s behalf, the year in which he fired his defense lawyers, supporters were themselves harassed and jailed, and then in December, his death sentence thrown out (and that decision, appealed).  It was his twentieth winter on death row.  He was 48 years old.

Over a decade later, as we confront another wintry scene, I have a new idea about what Mumia wants us to remember.  Not only his case, his continued incarceration, but also the context of hyper-incarceration, over-policing, and continued crime panic that put him behind bars.  None of the factors that led to Mumia’s framing have diminished their intense and active disenfranchisement of people of color, working people, and immigrants in the U.S. or the territories it influences worldwide.  As the Cold War has ceded to the War on Terror over the course of Mumia’s prison sentence, new rationales have emerged to justify the intensification of this regime that diminishes us all.

Mumia’s case requires, further, that we remember something essential about the state.  The state is above all a wielder of violence, applied and symbolic; this is the basis of state power.  The United States in particular is violent in its foundation and in the continued strategies it employs to legitimize its rule.  Race has been a technology of U.S. state power at every moment of our national history, though the precise shape and deployment of that technology has shifted.  Mumia reminds us that the term “police brutality” is redundant, an obvious description that distracts us from the essential recognition of the racial violence of the state.  “Police brutality” suggests that policing is a defensible democratic practice, good in theory and in general, but poisoned by a few rogue individuals or by vestiges of racism that can be purged from an otherwise benevolent institution.  True, the term has been powerful for activists, but it comprises an ambivalent legacy.  On the one hand, it can convey a powerful expression of protest against illegitimate oppression.  Indeed, it has fueled energetic and effective activism.  On the other, it retains faith in the value of policing overall, targeting some policing as if brutality and racism could be removed from policing as process.  These are dangerous fictions.  Perhaps it is this that Mumia can help us remember. 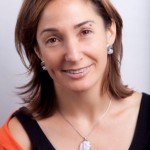 Micol Seigel is associate professor of American Studies and History at Indiana University, Bloomington. Her work on policing, prisons, and race in the Americas has
appeared in such venues as Social Text, the Journal of Transnational American Studies, Hispanic American Historical Review, Radical History Review, and Uneven
Encounters: Making Race and Nation in Brazil and the United States (Duke, 2009). Micol is a founding member of Decarcerate Monroe County and a longtime
abolitionist organizer. In 2014, Micol will serve as a visiting scholar at the University of Sydney’s United States Studies Centre, drafting a manuscript on the transnational circulation of policing policy and practice during the Cold War for a project tentatively entitled Beyond the Beat: Cold War Cops and the Nature of State Power.