Patriarchal PONTIFICATIONS, and the Problem of “Justice” – The Feminist Wire

Home / Patriarchy / Patriarchal PONTIFICATIONS, and the Problem of “Justice”

Patriarchal PONTIFICATIONS, and the Problem of “Justice”

Pope Francis criticizes unbridled capitalism for its injustice.  He has been applauded widely and loudly for this and he should be. But a critique of unbridled patriarchy and misogyny is needed as well, from both him and his many supporters, especially progressives around the world, if a meaningful “justice” is to be found. 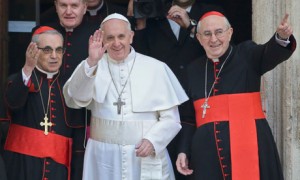 It is common knowledge that the majority of the poor across the globe, and 70 percent of the world’s refugees, are women and children. It is not possible to redress the inequality and poverty of the globe without dealing with the patriarchal sexual division of labor, related sexual trafficking, and sexual violence towards women. The United Nations reports that 1 in 3 women and girls will face sexual violence in her lifetime. This amounts to one billion people. Yet, Pope Francis stays far from these realities. Women remain hidden while in plain sight.

The newest fashions of unfettered capitalism have their own new unfettered patriarchy. The tyranny is male-centric and heterosexist. It breeds a culture of exclusion that Pope Francis silently endorses. And sometimes, like in his recent “State of the World Address,” he explicitly denies women the right to control their own bodies by condemning abortion as “horrific” and part of “our throw away society.”

Without the right to “choose” contraception and abortion, there is no “justice” for women. The need of sexual rights for women—to their bodies—must be spoken. There is also no “justice” without the full inclusion of gays, and the related freedom of sexual choice.  And, without fully exposing the “secrets” and “shame” of sexual violation—pedophilia and rape—there can be no meaningful “justice” for anyone.

All that is significant about Pope Francis’ challenge to the rightward drift and its domination of the Catholic Church is dimmed by the continued avoidance of the patriarchal suffering of women and girls. This suffering is quietly left in place and also in plain sight. This is true for all the sexually violated both within and outside the Church. And, does Pope Francis simply hope that women will keep using birth control and keep the open secret to themselves?

A world today—with no contraception—would be a world of even more poverty. In his Apostolic Exhortation, “Evangelii Gaudium,” Pope Francis condemns the evils of hunger and violence, and the “idolatry of money” without connecting it to the objectification of people’s bodies, male and female. He is horrified by the 14 yearlong wars over mineral extraction in the Congo and simply avoids the fact that it is grotesquely fought on the bodies of women through rape. Sexual violence is knotted from here. And it tumbles outwards towards everyone in its paths, young boys and girls included. 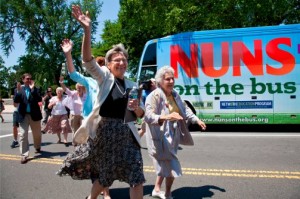 Pope Francis says that the “structural causes of poverty” must be eliminated, but capitalism remains his singular structure.  Our violent and starving globe is as patriarchal and racialized as it is capitalist. Socialist feminists and radical feminists have been making this argument for decades. The “nuns on the bus” with their radical critique of wealth have embraced and popularized the idea of the Church for the 99 percent. Importantly, no nun has been defrocked for accumulating too much wealth like the wealthy male bishops have, nor been accused of pedophilia like so many priests, yet women are not thought worthy enough for ordination.

Capitalist Patriarchy and the Global Market

Much of the violence of poverty is patriarchal in form. And, new locations of sexual violence develop with these new structural relations of labor. As more women have become migrant workers—leaving their home countries to do “care” work in another, they become transnational laborers creating transnational families as they do so.  They do domestic labor and child-care for wealthier families while their own families suffer.  This aggressive form of capitalist patriarchy has shifted half of the migrant labor towards women.

This type of capitalist domestic servitude breeds new layers of sexual violence for women workers. They become more vulnerable to sexual abuse as they work with few protections. With this shift comes the sexual violence that is a part of the desperation of poverty. Women put themselves in harm’s way with little choice. These new global, transnational households, part of the excessive greed of global capitalist patriarchy, should dis-allow the Pope’s bifurcation of the economy from women’s lives and their bodies.

Women in the Philippines constitute a large portion of these domestic workers. And they now also suffer the horrific aftermath of the recent cyclone. They are at present putting back together infrastructure that can sustain their communities.  How do they not deserve inclusion in a notion of justice with bodily autonomous rights to themselves? 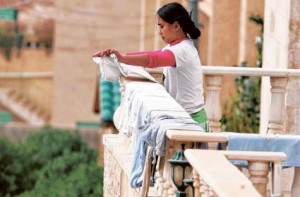 Justice must include the female body and its needs, both for freedom from sexual abuse and economic want and for freedom to choose whatever she might need: contraception, abortion, or to bring a pregnancy to full term.

The severing of women from the economy and from their bodies is the real injustice and violence. Controlling one’s reproductive life is part of determining one’s economic productive life. Poverty is intimately connected to choosing what our female bodies will and will not do.

Pope Francis perpetuates the notion that the political economy is not sexual; that personal life is not intimately connected to the public “market.” He bifurcates, privatizes, and depoliticizes women’s bodies through maintaining the Church’s secrets.  And the larger narratives surrounding him and his critique of capitalism, secular and not, further deify this unjust rendering of the present crisis.

Injustice for Pope Francis is about economic suffering. But we—men and women, gay people, transgender people of all races and ethnicities–suffer from the particular way our other structural identities intersect with and in the economy. Suffering is more than economic and will remain grossly unequal as long as it is dealt with in this partial fashion. The male-centric heterosexist viewings from the Church may be disguised in anti-capitalist rhetoric, but they remain intact.

I am uneasy, as the U.S. Supreme Court will review the right of corporations to their religious beliefs in order to allow them to not pay for contraceptives for women employees. It will be deeply troubling if the Church and state operate here to form a kind of “sexularism,” once again, that denies women’s rights in favor of a religiosity that has burst the boundaries of the secular state.

Pope Francis writes in his new Apostolic of unleashing the spiritual energy of women as “mothers,” like Mary, to improve the world. He also says that women need to be given more authority and access to decision making in the church, but not ordination. Sorry, but this will not do. Nor will his stance on abortion. He reiterates the Church’s position that a fetus is a person with full rights to protection with no concern to re-position the mother’s rights in any way. He has no new curiosity or thoughtfulness about women’s lives, and their particular poverty today.

Pope Francis nobly chooses to personally decline excess and wealth. He happily lives more simply than previous pontiffs. But he does not sufficiently critique the institutional wealth of the Vatican, nor does he suggest a re-distribution of its enormous possessions to its masses. Personal and political; individual and structural power is not one and the same.

The biggest travesty is that Pope Francis continues his misogynist and heterosexist non-inclusive notion of “justice,” right alongside the critique of capitalism. He continues the whispers and silences about sexual violence, and sexual and gender rights to contraception and abortion. And the true problem here is hardly Pope Francis alone, but all who continue this discourse as though critiquing the violence of capitalism without condemning patriarchy is sufficient for creating justice for us all. 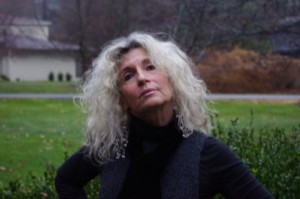