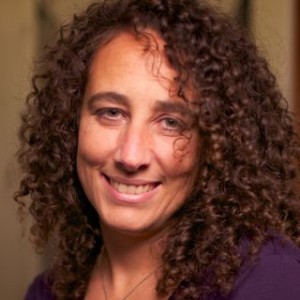 Andrea J. Ritchie is a Black lesbian police misconduct attorney and organizer who has engaged in extensive research, writing, litigation, organizing and advocacy on profiling, policing, and physical and sexual violence by law enforcement agents against women, girls and lesbian, gay, bisexual and transgender (LGBT) people of color in over the past two decades. She currently coordinates Streetwise & Safe (SAS), www.streetwiseandsafe.org, a leadership development initiative aimed at sharing “know your rights” information, strategies for safety and visions for change among LGBT youth of color who experience of gender, race, sexuality and poverty-based policing and criminalization. As such, she serves on the steering committee of Communities United for Police Reform (CPR), www.changethenypd.org, a city-wide campaign to challenge discriminatory, unlawful and abusive policing practices in New York City led by grassroots community groups, legal organizations, policy advocates and researchers from all five boroughs. She is the author of Violence Everyday: Police Brutality and Racial Profiling Against Women, Girls, and Trans People of Color and the co-author (with Joey L. Mogel and Kay Whitlock) of Queer (In)Justice. She lobbied and organized with co-contributor Meron Wondwosen and fellow law students at Howard University School of Law on behalf of Mumia throughout her law school tenure, and has had the privilege of offering pro bono legal research support to Mumia’s legal team. Andrea is a Feminist We Love because she gives voice to members of our community who are often silenced and rendered invisible by their own families, some activists groups, and the mainstream media. Her groundbreaking work charts new territory in the literature on mass incarceration.

I had an opportunity to speak with Andrea about her recent projects, the current state of the LGBT rights movement, and her thoughts about Mumia. Read our conversation below.

TCF: Tell us about Queer (In)Justice. How did you start working on this project? And what do you want readers to gain from it?

AR: Queer (In)Justice was the first full-length book to really tackle the experiences of LGBTQ folks with the entire spectrum of the criminal legal system – as subjects of policing, prosecution, and punishment, and as survivors of violence and leaders in movements resisting profiling, police brutality, and mass incarceration – and to situate the conversation squarely within larger conversations about race and poverty-based policing and mass incarceration. As a Black feminist who had been working within women of color organizations like INCITE! and struggling to raise the visibility of women of color and LGBT people of color’s experiences of policing in movements against racial profiling and police violence, I really couldn’t think of the issues any other way.

I started working on Queer (In)Justice when Kay Whitlock, who had been approached by Michael Bronski and Beacon Press to work on a book on LGBT criminal justice issues, asked me if I would be interested in working on it given my work as an expert consultant and lead researcher for Amnesty International’s Stonewalled: Police Abuse and Misconduct Against LGBT People in the United States report.

Kay and I had known each other from her time heading up the LGBT program at the American Friends Service Committee, where she did really groundbreaking work on criminalization of LGBT people and the death penalty, as well as challenging criminalization as a response to homophobic and transphobic violence (“hate crimes”). Both of us knew Joey Mogul, who had also done groundbreaking work defending and writing about LGBT people charged with violent crimes, and, in some cases, sentenced to death, so we invited her to join us as a co-author.  In the end, even though all of us had written, spoken, and organized around bits and pieces of the picture before, we essentially wrote the book we wanted to read – one which placed criminalized LGBTQ people of color at the center of a conversation about mass incarceration in the U.S.

The key points that I want people to take away from it are that policing of gender and sexuality are instrumental to the policing of race and class in the U.S., as well as an independent function of the criminal punishment system. Talking about profiling and policing of women and LGBTQ people of color is not a distraction from the “real” conversation about the policing and mass incarceration of men of color, it is part of the conversation – some of those men of color are gay, some are really transgender women of color who continue to be labeled by the system as male, and women of color are not just mothers, sisters, daughters of the “real” targets of the criminal punishment machine, they are targets of profiling and police brutality and subjects of the conversation in their own right. Women of color are often policed and punished for not conforming to racialized gender norms – and often experience profound and sometimes deadly discrimination in the context of response to violence committed against us. Marissa Alexander’s case is but one of many examples.

And I want people to come away realizing that these functions of policing of race, gender, sexuality and poverty are both intertwined and embedded in the criminal punishment system – they are deeply rooted in the history of the U.S., and permeate the very ways that we see and think about the world, they can’t be reformed away. And they drive how the system responds to us when we are subjects of violence at the hands of a family member, intimate partner, or stranger, such that relying on the criminal punishment system to produce safety for LGBTQ folks, particularly LGBTQ folks of color, trans and gender nonconforming folks, and poor LGBTQ folks only places us at risk of more violence. We need and deserve to find ways to be accountable to and responsible for each others’ safety that don’t rely on systems that are ultimately harmful to us and our communities.

TCF: You work on several community initiatives. How does your activist work fit into your larger political agenda?

AR: I currently have the privilege of coordinating Streetwise and Safe, an organization focused on profiling, policing and criminalization of LGBTQ youth of color in New York City and across the country, and of working with some truly amazing young people. In that capacity I serve on the steering committee of Communities United for Police Reform (CPR), an unprecedented and broad based campaign bringing together people from all walks of life in all five boroughs of New York City, as well as allies across the country, to challenge all forms of profiling and discriminatory policing in New York City. The campaign has had some tremendous successes in the past year – including raising the visibility and promoting the leadership of women of color and LGBTQ folks of color who are targeted by discriminatory policing practices, and making history by successfully advocating for the passage of the first enforceable ban on police profiling based on sexual orientation and gender identity alongside race, religion, age, housing status, disability, HIV status, and immigration status.

This work fits into my larger political agenda of recognizing and confronting the role played by police as the front lines of the criminal punishment system –all too often dictating the course of young people’s lives through the choices they make about who to target and what appearance or conduct to punish – and of building and sharing knowledge, skills, expertise, and strategies for resistance and liberation within communities targeted by the police.

TCF: Today, there is so much focus on gay marriage as the most important LGBTQ issue of our generation, but your work really shifts the lens to focus on other issues related to LGBTQ rights.

AR: I often argue that the kinds of discrimination and abuse faced by LGBTQ people at the hands of police and in the criminal punishment system would produce outrage from mainstream LGBT advocates if it took place anywhere else in the world. These are LGBT issues, these are LGBT lives. The criminalizing archetypes we describe in Queer (In)Justice taint all of us as LGBT people, not just those who are marginalized in our movements and criminalized by our society. They deserve our attention.

At the same time, we can’t continue to have conversations about racial profiling, policing, and mass incarceration that erase and ignore the role of gender and sexuality and the experiences of women and LGBTQ people of color. Hopefully Queer (In)Justice and the conversations it has spawned will help break the notion that we can talk about mass incarceration without talking about gender and sexuality.

In this forum honoring Mumia I specifically want to shout him out for expressing solidarity with LGBTQ folks, both inside and outside prisons, over the years, before it was popular. I know that being able to point to his position was key to my ability to navigate Black liberation movements as a Black lesbian. His solidarity in recognizing that our oppressions – and our liberations – are bound up together is an example he sets that we could all do well to emulate. Free Mumia!