Confined Writers and Their Criminal Writings – The Feminist Wire

Confined Writers and Their Criminal Writings 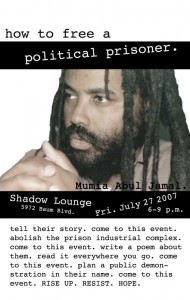 Last month, The New York Times reported a discovery made in Rochester, New York about what we now know as the first prison memoir written by an African American. Written in 1858 by Robert (Austin) Reed, “[t]he 304-page memoir titled ‘The Life and Adventures of a Haunted Convict, or the Inmate of a Gloomy Prison,’ describes the experiences of the author…from the 1830s to the 1850s in a prison in upstate New York.”[1] What makes this important discovery impactful is the way it extends our historical understanding of black people’s relationship to the carceral state and it draws parallels between incarceration and slavery, particularly in terms of punishment meted out.

Describing a punitive device often used on slaves, a pained Reed remarks how the inmates in the New York House of Refuge “have to go under the cruel hand of torture and punishments whose backs are cut and mangled with the cat of nine tails.”[2] Prior to Reed’s narrative seeing the light of day, slave narratives written after 1820 often connected slavery to incarceration. Frederick Douglass’s famous 1845 autobiography bemoans the fate of black lives that were “shut up in the prison-house of slavery,” and he also experienced confinement “within the walls of a stone prison.”[3] Published during the first year of the Civil War, Harriet Jacobs’ Incidents in the Life of a Slave Girl (1861) details the differences and similarities shared by both institutions.[4] Indeed, literary scholars and historians are beginning to look deeper into these connections first brought before us by incarcerated persons of color and the enslaved.

Yet, I want to focus on what it means to write about one’s experience in confinement, particularly how such writing was and continues to be, in many ways, criminal. Black writers in confinement, whether enslaved or incarcerated, are defiantly “criminal”—and necessarily so.  What has remained consistent among these writers are the ways these writers inside prisons—what writer and political prisoner Mumia Abu-Jamal describes as state-sanctioned “hell”—and other institutions of confinement are consciously aware of their criminality as writers.

It is because of their illicit writings that they are capable of waging war against what a barbarous State pursues, the death of their voices and, without hyperbole, their own demises.[5] Fighting for their belief to exist through the awareness of one’s criminality as a direct consequence of the writing process is not merely a prominent literary trope among black writers since the late eighteenth century, but also a critical method used to assert their existence against institutions that were and, in many ways, still are complicit in their degradation and destruction. 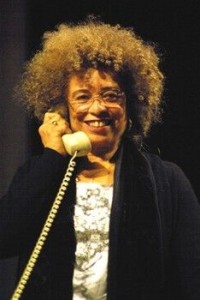 Similar to the authors of slave narratives, imprisoned writers in the latter half of the twentieth century have composed histories and epistles that also sketch frightening parallels to antebellum slavery during a historical and cultural period of increased governmental surveillance of black political resistance. Two works respectively produced by Angela Y. Davis and Mumia Abu-Jamal stand as functional examples.  What is fascinating about their works is not only the analogies these writers fashioned, but how slavery enters their literary and theoretical imaginations. Slavery for these writers became a contemplative historical moment that contained serious intellectual possibilities, producing what Angela Y. Davis refers to as “alternative knowledges.”[6] Important to keep in mind are the comparatively scarce resources to which both enslaved and imprisoned black writers had access.

As Christopher Hager notes in his important work Word by Word: Emancipation and the Act of Writing (2013), the deliberate curtailment of literacy education and writing materials to the enslaved who were clever or lucky enough to have them did not merely limit the possibility of a particular type of developed—sometimes stolen—penmanship and intellectuality; but also, afforded creative license to these captive writers who were invested in the criminality of their literary creations.[7]  Consequently, these wielders and welders of words heavily draw upon and employ historical and contemporary memory—that is, the living legacies of slavery and incarceration is embedded in their psyches and writings.

Black confined writers reflect on their past and present conditions, while gesturing toward a dismal future unless readers are committed to profoundly transforming the current sociopolitical landscape. I note Davis’s “Reflections on the Black Woman’s Role in the Community of Slaves” for its timely arrival:  in 1971, there was a serious dearth of literature on enslaved black women’s roles and experiences. She envisioned more for her essay; however, its potential was cut short due to “the conditions of my incarceration: opportunities for researching the issues I wanted to explore were extremely limited.”[8] Davis, therefore, decided to title her essay, “Reflections…,” a term connoting historical, contemporary, and future musings.

The title should not deceive the reader.  Her work is not only about the roles executed by enslaved black women of the antebellum period—it is also a product of its contemporary moment, the conditions in which the writer wrestled with words and wardens. She launches a historically and theoretically grounded argument against the so-called black matriarch—a concept used in the infamous 1965 Moynihan Report to explain the prevailing poverty and crippling dilapidation in black communities—which, for her, “is an unspoken indictment of our female forebears as having actively assented to slavery.”[9] Intrinsic to this concept, explains Davis,  “is ‘power,’ ” which “would have been exceedingly risky for the slave-holding class to openly acknowledge [alternative] symbols of authority—female symbols no less than male.”[10]

Therefore, her essay fights three simultaneous, but no less damning, battles: the racist and sexist conclusions of the Moynihan Report, the androcentrism of scholarly conversations about slavery, and the construction of black women as “emasculating females” within and without the context of slavery.  This “starting point,” as she puts it, was not meant to have a beginning. Her thoughts were supposed to be suppressed or, at the very least, unceremoniously dismissed.  She was supposed to succumb to the silence of her cell. Yet, the sense of powerlessness she was meant to feel inside the prison created the conditions for her to write this essay with such intellectual intensity.

I conclude with Mumia Abu-Jamal’s Death Blossoms: Reflections from a Prisoner of Conscience (1997) for its deliberate expression of its criminality and its use of both historical and contemporary memories. The often-personal characteristics of his writings are not anti-historical, for it draws links between his current conditions and those of the enslaved. An image of disease-infected slave ships containing black bodies is situated next to a picture of cold, iron shackles.[11] Respectively citing Virginia’s Act of 1667 and South Carolina’s 1690 Acts, the same Christians who enslaved, exploited, and sexually assail millions of black women and men throughout the Diaspora from the seventeenth century forward “continue to pillage and rape.  And in the name of one who, they came, came to ‘set the captives free,’ they continue to enslave” with over two million souls in America’s gulags.[12]

He has given life to these matters in other forms, particularly in Live from Death Row (1995).[13]  Soon after his book’s escape to a public audience, he was issued a “misconduct report for ‘engaging actively in a business or profession,’ i.e., as a journalist.”[14] He concludes with a sobering reminder to his readers: “As you read this, know that I am being punished by the government…for writing these very words…but I’ve kept on writing.  You keep right on reading!”[15] Not dissimilar to Douglass’s acute awareness of his criminal endeavors in his pursuit of literacy, Abu-Jamal is cognizant of the work his writing performs—the subversion of the State as represented by the prison.  His words garner punishment and forge resistance; his writings are construed as feloniously unbecoming, but becomes his brave acts of speaking, breathing, living, and reaching.

To read Abu-Jamal, as it is to read Davis and their predecessors, is to support what is considered to be his “illegal” infraction.  Confined black writers pound their words against unjust stone so that light can disinfect the stagnant air that lies dead inside prison chambers.  Their aggrieved testimonies and insight offerings reach our eyes despite very real legal efforts to prevent such intellectual and personal bonding. Let us continue to read their illicit writings—it may be the start to their (and our) languishing, but still living, liberation.

To help FREE MUMIA please show your support at the links below:

[7] Hager, Christopher. Word by Word: Emancipation and the Act of the Writing. Cambridge: Harvard UP, 2013. Print. 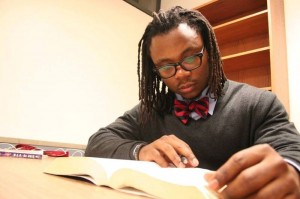 Emahunn Raheem Ali Campbell is a PhD candidate in the W.E.B. Du Bois Department of Afro-American Studies at the University of Massachusetts-Amherst, specializing in nineteen-century American literature, law, and literary theory. He is also a Du Bois Fellow and a Visiting Fellow at the American Antiquarian Society. He is a member of a number of academic societies and organizations, including secretary-elect of the Mark Twain Circle of America, the American Studies Association, and the Modern Language Association. He is the co-founder of Students Against Mass Incarceration-Western Massachusetts, and is member of Alpha Phi Alpha Fraternity, Inc.