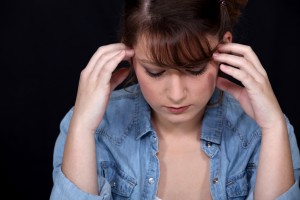 But the phenomenon really took off when a man named Hunter Moore launched a site called IsAnyoneUp.com. Exes were encouraged to post photographs of their ex-wives and girlfriends, photographs that were taken during consensual sex acts with a full expectation of privacy. The boyfriends then posted the full names, addresses, phone numbers and Facebook profiles of the victims. The Internet exploded with copycat sites.

Victims found their reputations destroyed overnight. One of the most public victims, Holly Jacobs, lost her job and found it impossible to find a new one. Relationships with family and friends are damaged, and it’s hard to start a new relationship with your naked photographs showing up on page 1 of Google.

So why aren’t there laws against this disgusting phenomenon?

The First Amendment keeps trumping a desire to protect the safety of these women because there’s a common, victim blaming cry. “If you don’t want them posted don’t let people take those kinds of photographs.”

A recent New York Times article offered one lawyer’s foot-shuffling, mumbling alternative: just apply civil penalties to the problem. Unfortunately, such a measure is unlikely to be effective.

For one thing, victims have a hard time collecting their awards. As the Times article indicates, some victims have already gone the civil route. A federal judge issued a default judgment of $300,000 to a victim of YouGotPosted.com. She has yet to see a cent.

Thankfully, the New York version of the law that is currently under debate will eliminate the selfie clause and will protect those victims as well.

That’s why it’s so important to hold our lawmakers up to a higher standard on this issue: treat a crime like a crime and a criminal like a criminal. We don’t analyze what assault victims, theft victims, or murder victims did to “bring it on themselves.” Why do we continue to allow our lawmakers to get away with asking such questions about sexual crimes?

Carmen Rane Hudson is a freelance writer who typically writes about online reputation management, content marketing, SEO, sales, and other business topics. She is also a passionate lifelong feminist dedicated to women’s success.