Discourses of Disaster and How does it feel to be alive? – The Feminist Wire

Home / Arts & Culture / Discourses of Disaster and How does it feel to be alive?

Discourses of Disaster and How does it feel to be alive?

I’ve been thinking a lot about representation and competition among trans folks. I’ve been testing out joy as the most vulnerable human experience. Love, I think, is just the insistence of a generous translation. If this is true, I wonder what family means. Henri Bergson says, It is we who are passing when we say time is passing. CA Conrad says, Suddenly. And at no speed other than suddenly. In The Longest Sun, an old guy said, Why do you treat time as your enemy? It isn’t yours to lose. As far as I can tell, object permanence is still a theory. What about the body can we stop? A lesson I want to unlearn: proximity is more dangerous than it looks.

For years I directed a commemorative project that memorialized murdered trans people by building kites. The kites were intended to document not just the deaths but the living. So, I did my research. I read the papers, the blogs, the news reports. I would like to understand more about compassion, Maggie Nelson says in The Art of Cruelty, and I am gambling that one way of doing so is to get to know its enemies, near and far. What I found was a world that said unidentified. Then, later, it called people by the wrong names. Were the kites containers? Six stab wounds. Severe head injuries. A broken bottle. Stoned. Burned. Raped. Raped. Signs of torture. Shot. Strangled. Shot. I called the project Made for Flight. It seems we still have to die to have a life.

The problem with trans representation in the media is two-fold. The first is what Chimamanda Ngozi Adichie refers to as “the danger of the single story.” Victims, hyper-sexed marauding freaks, or comedic relief, trans people can really only be one of these three things. The second is that this story of violence and extreme victimization is true.

Today, November 20, is the 15th Transgender Day of Remembrance. At events all across the world, someone will stand at a microphone, or in a circle, or on a stage and will call out the names of trans people – primarily trans women of color – who have been murdered (at least, those murders that have been documented) in this last year. Today we will read 238 names. Last year we read 265. All told, we’ve called out 1,374 names since 2008. I actually have to slow myself down in order for this not to become another blip in the information stream. It takes work to not go numb. Kevin Rozario in “The Culture of Calamity: Disaster and the Making of America” says: Trauma was defined by Freud as “an event the full horror of which is not and cannot be assimilated or experienced fully at the time but only belatedly.” It is not “available to consciousness until it imposes itself again, repeatedly, in the nightmares and repetitive actions of the survivor.” Today we will read two hundred and thirty eight names. In the last five years, one thousand three hundred and seventy four trans people have been murdered worldwide.

Adichie says it’s simple. Show a people as one thing, as only one thing, over and over again and that is what they become. Let me say it plain: for most of my life I’ve felt broken, not just tarnished. There has long been a darkness, a kind of violence in me that I have feared and of which I am deeply ashamed. This is less about being angry that someone did something awful to me as a kid (although they did) and more about being afraid that I deserved the awful and that awful is what I create. As Adam Phillips points out in an essay on agoraphobia, James’ open space is full of potential predators, but in Freud’s open space a person may turn into a predator. We often turn this external violence against ourselves and I did the same. I began to see my genderqueer body as separateness, personified. A sign of everything that was unlovable about me. That, in fact, no sane person would rightly want to be with someone so shattered and so stained.

As a protection from this fear and this pain, I’ve spent plenty of time contemplating suicide – sometimes more actively than others but the gist is this, I held onto it as an option. There was something about knowing I could leave this body if I needed to that made me feel safe. On some level, no doubt, transitioning was a way of killing my most vulnerable, marked self and an attempt to make peace with men – a group of people I’ve long considered the enemy. Indeed, as I had sex with my ex and we played out violent fantasies unsurpassed in my previous experiences and embodiment (suddenly I really was “the man”) I was frozen by a multifaceted terror that, at its heart, was simple. I was afraid of becoming the thing I longed to be, needed to be, hated to be, and asked to be so named.

But that’s only part of the story. Maybe the real shame we all grapple with is that any narrative coherence is a myth.

Here’s another version. I recently went to a movie with friend. We biked there but walked home afterward, pushing our bikes so we could have more time (space) in which to talk. My friend is moving soon. Or rather, she’s already left but she’s back now and now she’s leaving again. I wanted to kiss her but I didn’t. It means something different now for me to walk slowly with a woman in the dark.

What the papers never say is boring. Jealous sometimes and competitive. Or pretty. They never say, made a mean chicken soup with some fat back. Loved the sound of a vacuum. Never say, annoyed her friends when she sang off-key in the backseat. Smiled when she danced dirty but kept her eyes closed. Had a tattoo from the Bible on her back. I’m not talking about mirrors, exactly, when I’m talking about how to broaden trans representation. What the papers never say is living. What we never get to see, what I’m looking for, what I’m trying to show you, is changing. Something to see in, yes, but something also to help us see further. What I’m trying to find, to feel, is alive. A simultaneity to see with and see through. 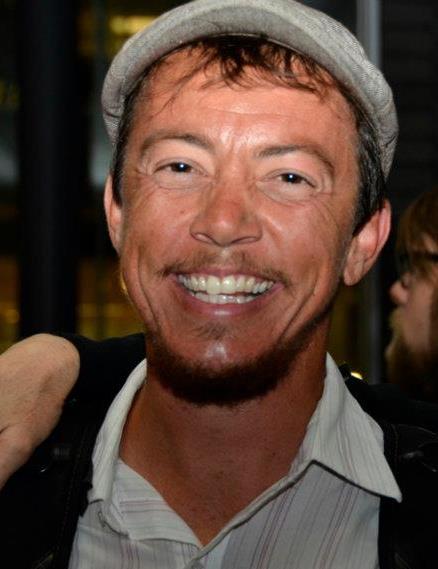