Strength can be either mental or physical. During a rock concert at the University of Arizona, I found someone who had both. This was Melissa Etheridge, 52- year old rock star. From the moment she took the stage, I knew something about her. Between large vibrations that traveled through my body from the floor and sent shivers up my spine, Etheridge sang about parts of her life, from her first Chevrolet to her struggle with cancer. I found it amazing that I, an innocent eleven year old, could relate to her songs. Etheridge seemed to know that old or young, all women have stories to tell.

Some of Etheridge’s songs affected me more deeply than others. “I Run For Life” was a direct relation to her cancer. The most powerful lyrics in the song were “I run for hope, I run to feel, I run for the truth, for all that is real, I run for life.” This inspirational song reminded me that even when I feel vanquished, I should keep on going. Once the pain is over, I will know the world better than I did before.

“All American Girl” represents the strength of American women. Halfway through the song, Etheridge announced that Gabrielle Giffords was in the audience. This woman, famous in Arizona, is a former Tucson politician who survived a gun assault. Etheridge called Giffords the “all American girl” here. It made me proud that a woman from my own hometown has the strength to survive something that almost killed her. 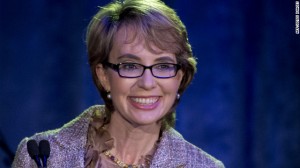 Etheridge’s concert helped me realize that I have had, and will continue to have, many experiences that will help lead me smoothly through life. I have the feeling that, like Melissa Etheridge and Gabrielle Giffords, wherever life takes me, I will continue to thrive.

Mira Raju is a sixth grader at Esperero Canyon Middle School. She enjoys tennis, volleyball, and reading books. This is her first piece for The Feminist Wire. She was a participant in the LoveMaps workshop held at the University of Arizona.

Related ItemscancerGabrielle GiffordsI Run for LifeLoveMapsMelissa Etheridge
← Previous Story Elementary Feminisms: Accepting People As They Are
Next Story → Sound Off: Black Women Writers Respond to Rihanna’s “Pour it Up”