(Excerpt from The Third Kind of Horse) 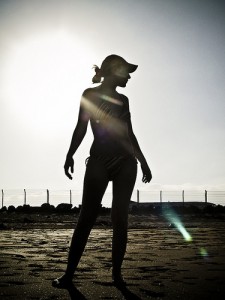 I stared hard at Melody, at the blonde tips of her hair and I knew, without a doubt, that the moment someone tells her that I kissed a straight guy a wall will shut like those doors in Star Trek that slide open and closed.  She will be on one side of it and I will be on the other.  Doesn’t matter that she is fucking a faggot on the side while she has an open relationship with a girl construction worker, she will write me off.

Melody was talking about something having vaguely to do with outreach to women with HIV, or so I thought, I can’t really concentrate knowing that this could be over in an instant.

So for this moment, for this moment, listening to her talk in this amped-up high school auditorium that the Gay and Lesbian Community Center has given to ACT-UP, I could see her mouth move, but none of it had to do with me.

Sure, women are dying.  I know them.  I know that as we speak, there are hookers on Ninth Avenue who aren’t using condoms.  There are women on the Upper East Side getting infected too.  Shit, at this moment I need to think about if I’m going to have sex with this guy and am I gonna use a condom ‘cause Sistah D says that condom sex is a big bummer.  Who am I to doubt that I would use a condom of course I would, not that I ever thought I would need to, I’m still Ms. Safe Sex USA.

I heard Simone’s whole speech about sexual freedom, how it could transform the world.  I just didn’t think these women would buy it and this is my entire world.  I clawed to get accepted, I’m not even sure I really am, but if I follow my libido, well I would keep both Kevin and Simone, and no one would appreciate that.

It’s like I was under water and everything is muted and slow motion.  Better find a new career.  Interior designer?  Make-up artist?  Movie reviewer?

I know about loss.  I know all about it.  I know what’s coming.  I’m going to lose this life too.  I always thought this was a revolution so that we could love whom ever we chose.  Not a revolution to be just like you, Melody-from-the-Hotline.

I don’t want a revolution just so we all have to morph into the new lesbian with the bleached blonde tips on my short cute hair and my East Village walk up and my clunky shoes and my leather jacket, my gay male friends who I can fuck, cause that’s still homosexual sex, and my girlfriend in recovery from either drug addiction or incest.   No one can be any different except that you can be in a drumming circle or take yoga or do martial arts. You can be a writer or an artist or a dancer.  Have gone to Smith, Barnard, or Vassar.

What we have is a multiple choice revolution.

Michelle Auerbach is the author of The Third Kind of Horse (2013 Beatdom Books). This book is an exploration of the world of ACT-UP and queer life in New York City circa 1987. 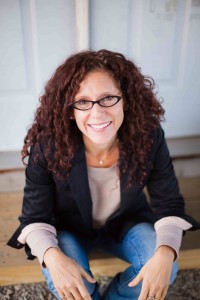 Michelle’s writing has appeared in the UK Guardian, The New York Times, The Denver Quarterly, Chelsea Magazine, Bombay Gin, and the literary anthologies The Veil (UC Berkley Press), Uncontained Baksun Books, and You. An Anthology of Essays in the Second Person (Welcome Table Press).  She is the winner of the 2011 Northern Colorado Fiction Prize and an editor at Instance Press. You can find her at www.michelleauerbach.com.