“r/evolutionary love sounds: a mixtape for Assata” – The Feminist Wire

1. a forcible overthrow of a government or social order, in favour of a new system;

2. the movement of an object in a circular or elliptical course around another or about an axis or centre.

mix·tape noun ˈmiks-ˌtāp : a compilation of songs recorded (as onto a cassette tape or a CD) from various sources (usually without permission). 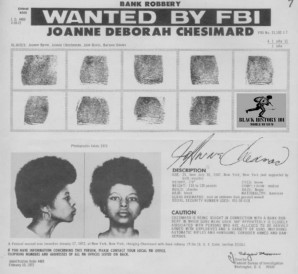 Sister Assata, like you, I’ve always believed that r/evolution lives in the music.

There is something deeply spiritual and powerful about this music, our music, Black music. Ancient ancestral cries, drum beats of liberation, freedom songs that have been passed down from generation to generation. Beats and Basslines that have reverberated across shores: Lagos to Rio, Kingston to Addis, Angola, Mozambique, Zimbabwe, South Africa, Worldwide/Underground, East Coast, West Coast, Gold Coast.

It was in the music.

What we didn’t learn in classrooms we sang on the streets and hummed in our hearts.

It was in the music that I discovered you Sister Assata.

I was only a baby when Chuck D of Public Enemy called out your name in ‘Rebel Without a Pause’;

A little older when Tupac spat your name in ‘Words of Wisdom’;

And just over twenty, thinking I was grown when Common told your story on ‘Like Water for Chocolate.’

And here I am, almost three decades old still listening to the sounds of today’s r/evolution – as the music still calls out your name in the company of others: cleaver, cabral, fanon, biko, guevara, garvey, saro-wiwa, madiba.

Like the music, Sister Assata, we too, Black Women, have struggled to exist, struggled to hold on to liberatory legacies, collective her(stories), to truths.

It was you Sister Assata that penned the lyrical poetics that spoke to my heart.

Stories of Black women struggling and supporting, loving and living;

…and living and free.

It was you Sister Assata that recognizing our absence in the grand meta-narratives of the time wrote:

Like the music, sister Assata, we too, Black Women, have travelled distances crossing borders and boundaries carrying ‘home’ on our backs and love in our hearts.

Not the first, nor the last. 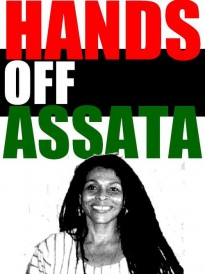 SIDE B: “r/evolution is love”

I can’t describe the feeling inside me listening to you Sister Assata say that we needed to be ‘weapons of mass construction and weapons of mass love’ in a time where the air we breathe is chemically shrouded in the fog war;

In a time when even telling ‘the truth’ is a terrorist act;

In a time when pilotless aircrafts operated by remote control and ordered to kill are the grounds on which America stands.

But it was you Sister Assata that said: ‘a wall is just a wall and nothing more at all.’[3]

‘Revolution is love’, you said.

Sister Assata, you gifted me with words that helped me to situate ‘love’ as the guiding principle of my political praxis.

Thank you Sister Assata for believing in living, in fire, in truth;

Thank you for believing in me.

So in the spirit of where I found you, Sister Assata, in the music, in the words, in the pages of books and stories, in the poetry, I offer this small gift of my words in your name. Along with this, and out of love I offer you a collection of love sounds and lessons that have held me steady in the darkest hours of the night.

your words an affirmation that have helped guide this lost ship home to port.

We’ll tell them we have generations of Black. Female. Resistance. on their measly two million dollars.

We’ll tell them we have songs of resilience and survival.

We’ll tell them we have Freedom Love.

We’ll them we have Revolutionary Love. 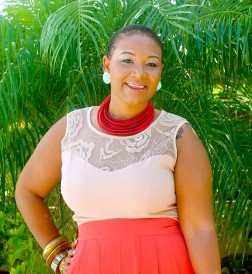 Amina Doherty is a Nigerian feminist activist whose work focuses on feminist philanthropy and creative arts for advocacy. Amina actively supports several community-led media platforms and brings to her activism a passion for music, art, travel, photography, fashion and poetry. She has facilitated learning programs on women’s rights, resource mobilization and economic justice, youth development, and the arts.