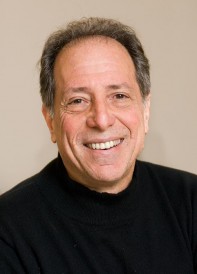 Michael Kimmel, Distinguished Professor in the Department of Sociology at Stony Brook University, is a nationally-recognized scholar and activist committed to the study of manhood and masculinity.  His book Manhood in America: A Cultural History is a seminal text on the subject.  When the third edition of the text was published in 2011, Christopher Forth wrote, “Pioneering when it first appeared, this book has inspired many to look further into the topics it explores and continues to be essential reading for anyone seeking a grounding in the field […] I cannot imagine a course on American masculinities that did not assign Manhood in America as required reading.”

In addition to research, Dr. Kimmel is a co-founder and spokesperson for the National Organization for Men against Sexism (NOMAS), a pro-feminist, gay-affirmative, and anti-racist organization committed to enhancing men’s lives.  Founded as a “loose-knit spontaneous social movement in the early 1970s,” NOMAS now has chapters in Michigan, Georgia, Massachusetts, Colorado, New York, and Utah.

Center for the Study of Men & Masculinities
Angry White Men: American Masculinity at the End of an Era
*available for pre-order