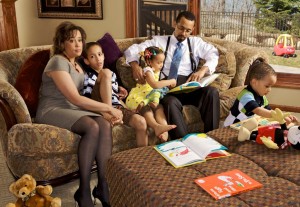 For almost 20 years, Professor Harris has maintained an active research agenda committed to black women and feminism, publishing in Touro Law Center’s Journal of Race, Gender, and Ethnicity, JENdA: A Journal of Culture and African Women Studies, and The Scholar and Feminist Online, among other publications.  She also authored Black Feminist Politics from Kennedy to Clinton (Palgrave Macmillan, 2009) and its second edition, Black Feminist Politics from Kennedy to Obama (Palgrave Macmillan, 2011).  Of the latter, Michele Tracy Berger wrote, “I have been longing for a book that can conceptually interweave the legacy of the Combahee River Collective, the longstanding hostility by some in the black community toward the movie The Color Purple, and the political style of Congresswoman Barbara Lee […] This book provides readers a new and valuable conceptual landscape of how African American feminists have engaged electoral and cultural politics despite consistent and powerful opposition. What a refreshing and much needed addition!”

Professor Harris has also been an especially vocal advocate for feminism outside of the academy.  She’s a member of the Board of Directors for the True Friends, former Friendship Ventures, and a Diversity Training Leader for the Lewis House Battered Women’s Shelter in Minneapolis.  She is also a member of the Shirley Chisholm Presidential Accountability Commission and a contributor to Voices from the Gaps, an online project focusing on the lives and works of women writers of color in the U.S.

I’ve been a distant admirer of Duchess Harris’ work for many years. I was thrilled, then, when we began building a personal and professional relationship when Colorado College invited her to offer an analysis of the 2013 election and the Barack Obama presidency. Since then, she has become my steadfast mentor and friend.  Duchess is someone that embodies the “lift as you climb” philosophy with unwavering passion and commitment. Despite her many, many accomplishments, she is the kind of colleague that values mutual relationships. We read each other’s work, congratulate each other when we succeed, and admittedly talk each other down from the ledge when seemingly insurmountable personal and professional challenges arise. Along those lines, her feminism is palpable—complex yet accessible. Her strength is interwoven with vulnerability. Her intelligence is inextricably linked to curiosity. Her love and care for self is inseparable from her love and care for community. For all of these reasons, and so many more, Duchess Harris is a feminist we love!

Note: This interview was conducted prior to the conclusion of the George Zimmerman trial.

Harris on the Personal and the Political (Part I, appox 7 mins)

“Kathyrn Stockett Is not My Sister”
by Duchess Harris