To meditate on the meaning of Assata Shakur is to meditate on the meaning of a vibrant tradition of revolutionary black women’s thought and action, and how it has shaped our sense of what it means to be gendered beings in societies framed by multiple injustices. My own feminist politics evolved through an immersion in the introspective words and equally profound deeds of African American feminist women like Assata Shakur, Sonia Sanchez, June Jordan and Angela Davis. Each in their varying incarnations of black feminism affirmed that it is possible to be both militant and magical. In their internationalism they also offered a politics that echoed the Third Worldist, left, liberation and anti-apartheid perspectives that framed my own childhood and political beginnings.

My respect for Assata and for the activist political tradition from which she comes does not emerge from a naïve romanticism about the bravery of “revolutionaries” or the daring resistance of armed struggle. In fact I remain ambivalent but largely against the use of arms as a tool for transformation, because while I understand the tactical argument I am still find myself unable to support approaches that I do not see as halting the cycle of violence or challenging the militarised framing of our lives. However I think it may also be a distraction to focus on one aspect of activist strategy, born as it was in a heated historical moment and in the face of active state violence, and not look at the full scope of the black feminist revolutionary politics of Assata Shakur and others who participated in the Black Panther Party. In Assata we find a mind and a heart that calls on us to name and confront structural violence through equally profound changes in how our world is ordered. In her politics she articulates the connections between all systems of injustice, and the rich interconnected struggle needed to take this on. In her example is a call is to do something about it.

It seems too easy, even feeble, to frame your political adversary as a terrorist- as if there is no more eloquent moral argument you can make to assert your political disagreement. Yes, the Federal Bureau of Investigation in the USA moved to place Assata Shakur on its list of Most Wanted Terrorists, cash bounty and all, this year. In being labelled a “terrorist”, Assata joins many of the people we would all call “visionaries”, “voices of freedom”…“the beautiful ones”; people like Angela Davis and Nelson Mandela whose sheer intelligence and capacity to turn people’s minds towards thoughts of liberation made them a threat that had to be controlled. Indeed speaking of Nelson Mandela, we should remember that this beloved global symbol of integrity and democratic ethics was only removed from the United States list of terrorists in 2008.

What then is terror? To us systematic sexist and racist oppression is terror. Economic marginalisation is terror. Hatred and homophobia is terror. The lack of an accessible quality public health system is terror. State inaction and impunity in the face of violence against women and girls is terror.  Clearly neither me nor anyone who stands for feminist transformation, radical inclusivity, and redistribution of power and possibility into the hands of the majority would stand for any form of fundamentalism or hate-inspired politics. Our strength and our fight have always been plurality and creating a just peace. As Assata Shakur herself has articulated in the poem that opens her autobiography: “I believe in living/ I believe in birth/ I believe in the sweat of love/ and in the fire of truth”. Our fight has always been against the terror of oppression; our fight has always been for love. 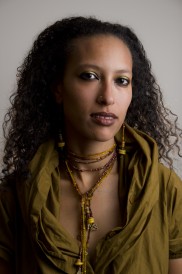 Jessica Horn is a feminist writer, activist and consultant. She has worked with community groups, progressive donors, and governmental agencies around rights, justice and the body- advancing sexual rights, ending violence against women, supporting women living with HIV, researching religious fundamentalisms and ensuring women’s rights in conflict-affected contexts. A believer in grounded interventions, her professional engagement intentionally spans policy and community spaces. Jessica is a founding member of the African Feminist Forum. She serves a board member of women’s funds Mama Cash and Urgent Action Fund-Africa, and is a commissioning co-editor of the Our Africa platform on openDemocracy.