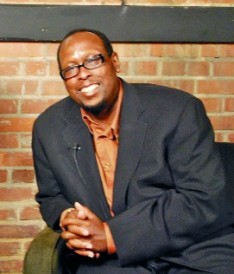 Mark Anthony Neal is a professor of Black Popular Culture in the Department of African & African-American Studies at Duke University. Dr. Neal received his PhD in American Studies from University of Buffalo.  He is the author of five books, including the recently published Looking for Leroy: Looking For Leroy: (Il)Legible Black Masculinities (New York University Press).  J. Jack Halberstam describes the work as follows:

Mark Anthony Neal takes us on a fantastic journey searching for the meaning of black masculinity in the USA.  As we join him in Looking for Leroy, we find queer and feminist answers to questions about legibility and illegibility, visibility and invisibility, violation and vulnerability.  No one writes with more passion, power and speculative brilliance about black masculinity than Neal and no one but Neal would manage to produce a theory of black masculinity capable of explaining the smoothness of Luther Vandross, the cosmopolitan genius of Jay-Z, the enigma of Leroy from Fame, and the sheer brute force of Snoop from The Wire. Genius.

His pioneering work on black masculinity and hip-hop has opened up important spaces for future generations of scholars.  His transformative approach is equally evident with his blog, New Black Man (In Exile), and his weekly web show, Left of Black.  Highlighting the power and potential of scholarship and critical commentary that extends beyond the classroom, Dr. Neal is a bridge leader within the academy, serving as a link between scholars, communities, theories and conversations on and offline. 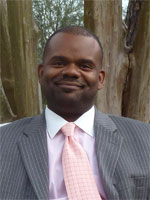 David Ikard is an Associate Professor English at Florida State University.  His work specializes on twentieth century literature, with an emphasis on African American literature, as well as masculinity and political culture.  His first book, Breaking The Silence: Toward a Black Male Feminist Criticism (LSU Press), offered an important intervention in the discourse surrounding black male feminism.  Reflecting on the stigmas associated with (white) feminism, Dr. Ikard offers an important guide toward formulating anti-sexist and anti-racist interventions.  According to Kinohi Nishikawa,

Breaking the Silence sketches a new direction for black male feminist critique. By staging an intergender dialogue about black gender relations, Ikard suggests that the discursive silence surrounding African American patriarchy must be undone by men and women alike.

Drs. Neal and Ikard recently co-edited an issue Black Male Feminism for Palimsest (Volume  1, Issue 2), where they bring together a range of scholars and social critics to explore the dominant questions surrounding black male feminism.

Drs. Neal and Ikard are feminists that I love not simply because of the work that they do, but because they have model what it means to be male feminist scholars inside and outside the academy.  Both Neal and Ikard continue to teach me not only about the important theoretical debates, and the discursive articulations, but what it means to integrate feminism into my daily praxis, my pedagogy, and my parenting, thus paving a way for my growth as teacher, father, partner, friend and person.  Enjoy!