The Constitution must recognize my right to choose my profession. That’s all I want 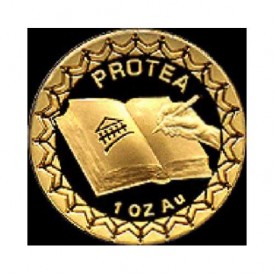 Think about this: If the Netherlands, the country that was one of the first to legalize sex work thirteen years ago, still benefits from its capital’s red light district as one of its main attractions for both national and international tourists, what kinds of questions does this raise about the treatment of sex workers outside the regulated district? For one, it suggests there are very few places on this planet where the shaming and ridiculing of both sex workers and their clients is not socially acceptable.

The Dutch red light district remains a site where women who earn their money through sex—some by choice, some by force—is objectified and ridiculed. It’s fun to walk past them, amusing to observe them, and outright hilarious to shame and fool them[1].

We call it stigma.

Notwithstanding the violations and harsh realities that many sex workers in the Netherlands continue to endure (especially those who are working against their will),  sex workers’ stigma reveals itself in different, and often even grimmer ways in poorer, less equal and more violent countries, where sex work remains illegal.

While the country’s Constitution, ratified in 1996, has often been credited as being the most liberal in the world for safeguarding the rights of vulnerable groups, sex workers remain excluded from constitutional protections. Forced underground, their profession’s stigma reveals itself in daily violations of their basic human rights. This means rape. It means beatings. It means extortion and an increased risk of HIV/AIDS.

How? Angie, a 54-year old street-based sex worker from Cape Town explains. Drawing on 20 years of experience, she says that out of all the risks, brutalities, condescension, and threats she and her colleagues face, most sex workers fear the police the most. According to Angie, “They target you, threaten to arrest you and then demand bribes or sex.” She went on to explain, “After raping the girls they often drop them in deserted areas.”

She also noted “to not leave any trace of evidence, they often use condoms, which they throw away afterwards.”  And just as condoms serve as a tool for erasing a sex crime, they are simultaneously used as evidence for sex workers’ alleged criminal activities. According to Angie, many police men consider carrying many condoms as proof of sex workers exchanging sex for money; one reason why many girls decide to either take less condoms with them or hide them somewhere near their base.

Nosipho, a 29-year old mother from Durban, whose cousin introduced her to sex work on the streets of Durban’s Morningside area in 2008, affirms the terror-tainted relationship with the police.

“We are so used to the beatings and the rapes that, once it’s over and you make your way back to the other girls, you can only try to laugh about it. If you’re raped so many times by clients and police men you develop some sort of flow of coping,” Nosipho acknowledged.

This tends to be the case, unless the brutality is out of the ordinary such as the one night in Durban, only a few months ago, when Nosipho encountered the police. “As always,” Nosipho recalls, “we were well aware of the necessity to not provoke any cops that night, so when I noticed a police car driving towards us, I quietly walked away. This one cop called on me, ordered me in his car and took me to the Burman Bush, a deserted and terrifying place where many girls have been found dead.”

She was given a choice to give him the sex he wanted or be left on her own. Nosipho recalled, “He started to touch me, pulled up my skirt and raped me anally. I couldn’t stop screaming from the pain. Afterwards, I had no option but getting back into his car again.” Because sex work is a criminal offense and given the ever-present risk of incarceration, there was no place to report the abuse Nosipho had suffered.

She also did not think that visiting a clinic for medical help was an option. Nosipho lamented, “The nurses treat you like dirt, will call you ‘bitch’ in front of everybody or tell you that, as a sex worker, you ask for getting raped.”

Next to shaming, many sex workers have complained about the reluctance and refusal of public health centers to provide sex workers with STI tests or treatments for injuries. “And meanwhile”, Angie continues, “people accuse us of spreading HIV.”  Next to exposing them to police brutality, condoning public shaming, and legitimizing the violation of their right to health in clinics, the current criminalized state of the profession also severely weakens sex workers’  negotiating position towards clients. This renders them substantially more vulnerable towards abuse, blackmail, diseases, violence and extortion.

Angie explained, “I remember this very quiet night, when I had hardly any business. A client told me to get in his car and took me all the way to Athlone, where he demanded sex without a condom.  He said he wanted flesh to flesh sex. When I refused he pointed a gun to my head. I didn’t give in, though. Then he decided to only pay me half of the agreed price and dropped me somewhere in Wynberg, very far away from my base.”

Other clients take advantage of sex workers’ exclusion from legal protection by pretending to be cops themselves and demanding sex or money in exchange for letting them go. By rendering sex work illegal, South African laws justify these discriminatory, derogatory and abusive treatments of sex workers. Treatments that not only take a physical and financial toll, but also have the ability to deeply affect sex workers’ sense of self. “You internalize the idea that what you’re doing is wrong,” says Nosipho, “and that you’re a naughty girl, when you’re really just trying to make a living and take care of your children, which is the reason many of us start the work in the first place.” 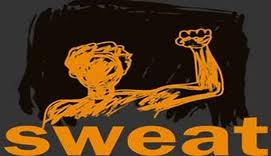 One organization that offers support for sex workers is the Cape Town based non-profit organization SWEAT (Sex Workers Education and Advocacy Taskforce). SWEAT defends and promotes the human rights of sex workers through advocacy, community outreach, skill training, education, legal assistance, counselling and active lobbying for decriminalization. By engaging in dialogues with community leaders, health clinics, trade unions, parliamentarians and police, they seek to empower sex workers and create a more humane work environment. According to SWEAT’s advocacy officer Ntokozo Yingwana, this plethora of violations that sex workers face at the hands of clients, clinics and police are a direct result of the current criminalized state of sex work. She argues that “with regards to funding and supporting programs that protect sex workers’ rights, government’s hands will be tied as long as the work is criminal.” This means that access to condoms, ARVs, STI tests, tailored counselling, and mental health support remains extremely hampered.

Decriminalizing sex work will also positively impact the highly problematic relationship with the police. As Angie put it, “the police will have to take our cases.” And beyond the spheres of the practical, the legal and the physical, there’s the dignity factor too. According to Nosipho, “decriminalization would mean we are recognized as human beings. Everyone makes us believe we’re not worth anything. If we are recognized by law, and if clients know we can report them to the police if they violate our rights this will change the power dynamic between us. The Constitution must recognize my right to choose my profession. That’s all I want.”

And it’s not like South Africa legislation is unfit to move in the right direction; Section 12.2 of the South African Bill of Rights grants all citizens the right to security in and control over their body, but extending this right to transactional sex needs a political champion of the cause. Amidst widespread social and emotional anxieties about sex work, the fear of HIV/AIDS, arguments about the trade’s inherent exploitative nature, and the framing of the matter as a moral or ideological issue, Ntokozo explained that a politician’s push for sex workers’ rights, “could mean political suicide.” Yet, elevating sex work to the legal sphere will in fact empower sex workers to demand safe sex and enables the state to offer targeted health support and sensitize the public, police and clinics.

Thus, whether South Africans like it or not, it is time they recognize that sex workers will always be around and that they are human beings, with a right to health, protection, dignity, and autonomy over their own bodies. Angie and Nosipho’s stories urge South Africans to no longer let emotions, ideological interests, and sexual moralism trump basic human rights. But there is reason for optimism. On May 16th, the external Commission for Gender Equality (CGE) sided with SWEAT and announced they favor the repeal of all laws against consensual adult sex work, thereby explicitly calling for decriminalization. Ntokozo, evidently welcoming this move, believes it provides them with a “strong tool for lobbying” and convincing the government that sex workers’ rights are, indeed, human rights.”

Honor your commitment to equality for all, South Africa. Decriminalize sex work.

Maria Hengenveld studies women’s rights at Columbia University. She is interested in youth and gender in Southern Africa and writes for different websites, such as Africa is a Country and Dutch feminist magazine Tijdschrift Lover