This month marks the 48th anniversary of the Supreme Court ruling in Griswold v. Connecticut, which struck down a state law that made the use of birth control by married couples illegal.  The court’s landmark decision — coming five years to the month after oral contraceptives became available to American women and 49 years after Margaret Sanger opened the first birth control clinic in the U.S. — provided the first constitutional protection for ALL women to have access to birth control. Before that, a woman’s ability to control the size and timing of her family depended on her zip code.

Since Griswold, maternal and infant health have improved dramatically (although U.S. maternal and infant mortality rates are racially stratified, reflecting persistent inequalities), and women have been able to fulfill increasingly diverse educational, social, political, and professional aspirations. The number of women in the U.S. labor force has more than tripled, the number of women lawyers has increased ten-fold, the number completing four or more years of college has increased more than five-fold, and in 2010 women received more than half of all doctoral degrees. This is enormous progress and it will only continue, thanks to the Affordable Care Act’s preventive benefit, which includes birth control without a co-pay.

Today, 99 percent of sexually active women say they have used birth control at some point in their lives – with 58 percent of those reporting that they use it for a wide range of health reasons. For example, hormonal birth control is used to treat endometriosis, a common but little-understood disease that affects 5.5 million women and is a leading cause of infertility. That’s why, as the leading women’s health care provider and advocate, Planned Parenthood fought so hard to ensure that all FDA-approved prescription contraception methods, including prescribed emergency contraception, are covered under the Affordable Care Act’s preventive benefit. The benefit also has support from the nation’s leading medical experts, like the Institute of Medicine and the National Academy of Sciences.

Already, women are reporting that they’re saving up to $600 a year on prescriptions – that’s the equivalent of five weeks of groceries for a family of four, nine tanks of gas in a minivan, or one semester of college textbooks. When fully enacted, the Affordable Care Act will give approximately 47 million women nationally access to birth control, without cost being an issue. Women of color especially stand to benefit from the Affordable Care Act, given that they are more likely to be uninsured.

Despite its obvious health and economic benefits, there are still politicians and bosses standing in the way. Ten states have laws allowing health care providers to refuse to provide birth control, and there are six states with laws or regulations that permit pharmacists to refuse to fill a woman’s birth control prescription. Just recently, politicians in Congress tried to repeal the Affordable Care Act and its historic benefits for millions of women. And, more than a dozen lawsuits brought by bosses of private companies who think they should be allowed to stand between a woman and her birth control are still making their way through the courts.

At Planned Parenthood Arizona, we work every day to break down the barriers that still exist between women and their ability to access contraception. We stand with Planned Parenthood health centers and other women’s health providers across the country to celebrate the promise of the Affordable Care Act on this 48th anniversary of Griswold and we will continue our work to ensure that every woman – no matter where she lives or who her boss is – has access to birth control, without cost being an issue. 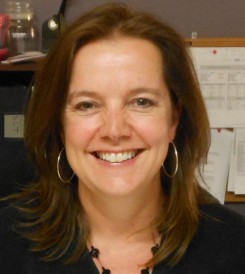