The Rise of Beyoncé, The Fall of Lauryn Hill: A Tale of Two Icons – The Feminist Wire

Home / Black Women / The Rise of Beyoncé, The Fall of Lauryn Hill: A Tale of Two Icons

The Rise of Beyoncé, The Fall of Lauryn Hill: A Tale of Two Icons 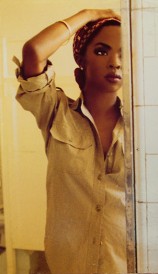 Fifteen years ago, the stardom of then-23-year-old Lauryn Hill had peaked when she released what would become her defining musical legacy.  After rising to popularity as part of the hip-hop trio The Fugees, with fellow members Wyclef Jean and Pras, she later released her solo album, The Miseducation of Lauryn Hill, which went on to garner multiplatinum sales and five Grammy Awards for the recognizably brilliant singer-rapper.  Such accomplishments made her the first female artist to be nominated for and to win the most Grammys in a single night and her album the first hip-hop-themed work to win the Grammy’s top prize of Album of the Year. 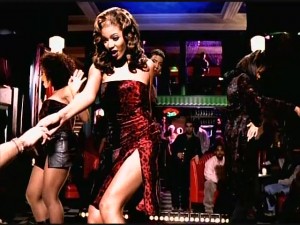 Interestingly, the same year of Lauryn’s solo album debut, a 16-year-old who would later be known only by her first name – Beyoncé – also emerged on the pop scene when Destiny’s Child released their self-titled debut album.  And in a curious one-degree-of-separation of the two icons, Destiny’s Child’s collaboration with Wyclef on their song “No No No” led to the group’s first successfully released single, which topped R&B charts.

In retrospect, it seems easy to trace what would become a commingled narrative: one star rises while another one declines.  One star (Ms. Hill) presumably declined a starring role in the Hollywood faux-feminist blockbuster, Charlie’s Angels, while the other star (Beyoncé), along with fellow group members, provided the necessary “girl power” anthem – “Independent Women, Part I” – for the movie’s soundtrack.  One star virtually disappeared from the mainstream media while the other star appeared ubiquitously, covering every magazine from Sports Illustrated to Vogue to GQ to the feminist publication Ms. 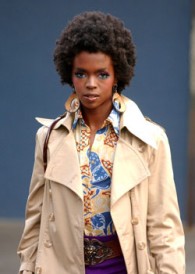 One star proved a lyrical genius – rapping and crooning on politics, love, religion, and the resistance of corporate media – while the other preferred more superficial fanfare concerning clubbing, looking fabulous, and having her own money to spend as she fends off heartaches and trifling lovers, while occasionally championing women’s empowerment.  One star refused the pop-culture make-over, preferring instead to rock her natural hair and bask in her dark-skinned beauty, while the other has made a signature look out of blond weaves and other variations on white beauty standards that her light-skinned beauty can more easily appropriate. 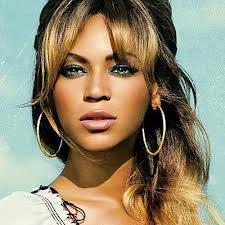 Still, it’s complicated. For while Ms. Hill occasionally appeared at concerts in deliberately unattractive getups – to fend off any sexual objectification of her natural beauty – Beyoncé played to the male gaze and crafted a nuanced portrayal of black female desirability: at once appropriating “blonde ambitions” while simultaneously undermining those same white beauty “model-thin size-zero” standards by embracing a “bootylicious” aesthetic of her (and by extension other black women’s) natural curves.  And then there’s the contrast in their personal choices: Ms. Hill eschewed the music industry and traditional marriage to produce six children with long-time partner Rohan Marley, while Beyoncé experienced a meteoric rise on the pop scene and adhered to the traditional standards of marriage and motherhood, when partnering with Shawn “Jay Z” Carter and becoming a mother to a young daughter, Blue Ivy. 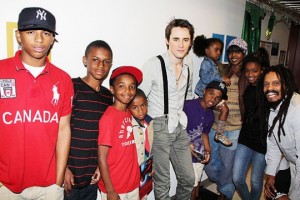 In a perfect world, both Lauryn Hill and Beyoncé Knowles-Carter would have their different choices celebrated, would share the spotlight, and would make alternate appearances in mainstream media.  Instead, the ascendancy of one star and the decline of another reveals what Patricia Hill Collins describes as the “politics of containment” concerning the hypervisibility of African American women – in which certain icons are singly, rather than simultaneously, promoted – which is also used to render invisible the multiple forms of oppression that intersect in the lives of the majority of black women in this country, and throughout the world.  By placing the two icons alongside each other, we have an opportunity to examine the treatment of high-profile black women in the public sphere and intersect racial and sexual politics. 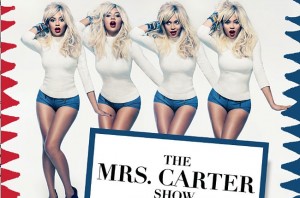 Currently, in 2013, both icons are now positioned with the state in different yet analogous ways.  Beyoncé certainly seems to wield political power – having financially contributed with her husband to the successful re-election campaign of President Barack Obama and singing the National Anthem at his inauguration earlier this year.  However, this did not prevent her from being highly criticized in a “lip-synching” scandal or from being scrutinized on the legitimacy of her wedding-anniversary vacation on the island of Cuba last month.

Still, these criticisms are rather trivial when compared to the trouble Lauryn Hill has faced this year as she must later serve a three-month prison sentence, with follow-up home-confinement and counseling for her mental health (re: her “conspiracy theory” rants), after pleading guilty to tax evasion.  Whatever one may think of Ms. Hill’s actions, it comes as no surprise that she is now held up in the public sphere as a “criminal” and typical “angry” – even “crazy” – black woman.  That she would now be criminalized at the same time that the FBI has listed former Black Panther Party member Assata Shakur as the first woman among their “Most Wanted Terrorists,” while an inquisitive and intelligent high-school student, Kiera Wilmot, was recently expelled and charged with a felony for a science experiment gone wrong in a Florida school, reminds us all of the continued labeling of black women’s “outsider” and “outlaw” status and the societal need to frame us as “examples” for discipline and punishment. 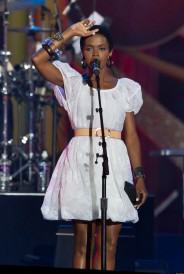 Lauryn Hill and Beyoncé may be very different in their image production and in their career and personal choices, but what binds them together is their function under the high-surveillance gaze as public black women who are being disciplined and contained.  What we can learn from both, however, is their political maneuverings under such a powerful gaze and how they have circulated their rage against the forces of white supremacy, patriarchy, and capitalism.  Both icons have released some of their angriest expressions on the Internet – Beyoncé’s “Bow Down/I Been On,” coupled with her childhood photo as a teen beauty pageant winner with numerous trophies, and Ms. Hill’s “Neurotic Society (Compulsory Mix),” produced under duress at the demand of her record company, SONY, to pay off her fines.  In these moments of rage, one might read between the lines and take note of their refusal to be undermined by excessive criticism or to be boxed in by the corporate and mainstream expectations of pop music artists. 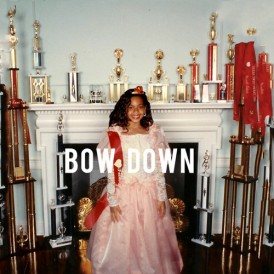 They may be simply egotistical or “neurotic” or even criminal (in the legal case of Ms. Hill or what was alluded to in the criticism of Beyoncé’s trip to Cuba, for which the pop diva expressed “shock” at the public condemnation she received). However, a black woman who assimilates to cultural standards will still find herself just as scrutinized in public as the ones who don’t. They have nonetheless resisted wider narratives of oppression, which expect black women to remain safely in lanes of servitude and invisibility. While most of us, who listened to both artists 15 years ago, perhaps never predicted their present states, at least they had demonstrated then – and demonstrate today – that they will not play it safe.  Regardless of the corporate and state structures that attempt to contain and control these artists, they refuse to relinquish control of their image and their art.