I find myself debating women, and I am weary. They speak of their belief that abortion might be murder, that it is ending a potential life, that it is selfish for a woman to have an abortion because she is choosing it to make her life easier at the expense of a child. I find women debate the justification for an abortion in relation to the perceived level of responsibility of the women’s actions: Did they use birth control that failed? Was it casual sex or sex in the context of a committed relationship? Are there other lives that may be disrupted (besides their own)? Can they afford it, were they raped, was it incest, were they coerced, were they drunk, were they young? All are deemed considerations that mitigate the level of responsibility and blame that a woman must carry for her decision to be sexually active.

If you talk to people who perform abortion services, they will tell you that many women rationalize their decision. They are weighing the very factors described above, their level of responsibility, in order to absolve themselves of the burden of guilt they may heap upon themselves. Indeed, Joyce Arthur wrote an article entitled “The Only Moral Abortion is My Abortion,” which recounts many stories of anti-choice women coming to abortion clinics for an abortion and moralizing why THEIR abortion (but not others) is justifiable.

Women say to me: be open to others’ opinions on abortion! They call me “closed minded” when it comes to my strong opinion regarding choice. What they don’t realize is that THEY are also pro-choice. By having a menu of options to choose from to decide whether they may responsibly and reasonably have an abortion, they are choosing whether it is OK to have an abortion, or not. This is pro-choice.

Everyone’s menu is different. Some people’s menu is completely blank: no abortions, ever. Period. Not for rape. Not for incest. Not to save a woman’s life. Other women’s menus are pages and pages long: favoring little to no limits on abortion availability. Everyone else (my non-scientific estimate is 98% of women) falls somewhere in-between. Which means that, except for the very small percent whose menu is empty: WE ARE ALL PRO-CHOICE!

And I am completely open-minded to your opinion as to what your personal menu items are that permit abortion. I might not agree with you, but I am willing to listen and I respect your opinion. Where my close-mindedness comes in, along with my unwillingness to compromise, is when my menu must match yours and you want the law to support your menu options only. To make matters worse, often your menu has been published before you have had any personal experience with many of the menu options out there. You may NOT print my menu for me, and pass laws that affect me, and expect me to acquiesce to you. Hell no! Share your opinion with me: I am all ears and full of respect. Legislate your will on me: I am fire and brimstone.

Let’s see if I can use an analogy to help clarify. I believe breast augmentation is a surgery not worth the risks of infection or complications, including even death of patients in some cases. You may think breast augmentation is justified in some circumstances and a reasonable choice at times. We have a different opinion and we can discuss and respect each other’s opinions. However, if I then wanted to pass legislation that would make it unlawful in the United States to undergo breast augmentation (or reduction) under any circumstances, you might have a problem with that. Where one is a simple debate on the merits, the other is imposing one’s belief on others.

It is my opinion that women have much more in common than they realize. They want to have an active and healthy sexual life. They want to control when and if they become pregnant. They are a bit squeamish about the thought of having an abortion and hope that they are never faced with an unwanted pregnancy. And we all have a different line for when an abortion is called for, and that is cool. What is NOT cool is forcing your line on me or anyone else. For this, I will not be flexible and I will not be quiet. 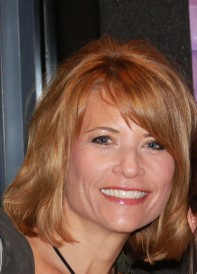 Wanda Kolomyjec received her master’s of Social Justice and Human Rights from Arizona State University. An activist, feminist, and educator, she draws from two decades of work in areas of non-profit and for profit business as well as in the area of public and private education. Currently, she is the executive director of Social Circles of Knowledge, a project in partnership with Arizona State University, to promote and provide a forum for civil dialogue. She is also writing a book sharing women’s experiences with Planned Parenthood.