A Feminist Education – The Feminist Wire

This past year, I’ve been working in a low-performing school in the South Bronx as an academic coach and mentor to a class of 30 seventh graders. It’s an all-consuming, draining job that brings me so much joy, but also is one of the most frustrating experiences of my life.

You probably remember middle school. It’s the worst. Everyone is trying to figure themselves out while remaining obsessed with fitting in. On top of the regular throes of early adolescence, many of the students at our school are at the intersection of every single identity that society has deemed negative: female, minority, poor, immigrant, and learning disabled. Ninety-nine percent of the students qualify for free or reduced school lunch. Eighty percent are hispanic. Twenty-two percent of them are English Language Learners. Some of them live on blocks with 400+ occurrences of Stop & Frisk last year alone. For many, school is one of the safer places they spend their time, and their one outlet of expression and energy.

My feminist frustration stems from my strong desire to open my students’ eyes to inequality and my seeming inability to do so. Every day I am astounded by how perceptive our students can be of the forces they’re up against and simultaneously how lacking they are in the tools to express themselves and to make empowered choices.

One of the first times this really struck me was a day when I was helping file students into the auditorium for an assembly. The school believes that the appropriate way to combat students’ raging hormones and burgeoning sexuality is to separate them by gender and further force them into the confusing rules of the gender binary – in the lunch room, traveling as a class, in assemblies, you name it. I was leading them into the auditorium when a student turned to me and commented on this separation with “Miss, they’re being gender racist!” My jerk reaction to stifle a giggle was immediately followed by sadness that the students didn’t know the appropriate vocabulary, pride that they recognized implications of separation by gender, and being impressed by their creativity in coming up with their own vocabulary. I was instantly brought back to the reality of their maturity level after I explained that the proper term is “sexist” and the entire group of students erupted in giggles at hearing the word “sex” come out of my mouth.

It was a typical experience of working in a middle school, a place where the student body consistently exists at two extremes. It’s hard to know where you stand as a fighter for gender equality in such a judgmental, dynamic, and high-energy environment. When dealing with kids, you never know when the opportunity for genuine conversation will present itself, and it’s very hard to feel like any communication you have with the students results in anything productive. Approaching these complex conversations is extremely daunting when you know that there are so many issues that affect them personally, when you don’t want to do them a disservice by oversimplifying issues they aren’t frequently presented with in an academic context, and when you know that you could potentially lose their attention at any given point in your explanation of the facts of life.

So where does that leave us as feminist educators?

In my program, we don’t have our own classroom, so there isn’t the opportunity to control a full curriculum and imbed it with “alternative” histories that shed light on injustice. State learning standards are no more advanced when it comes to providing these conversations than they were 10 years ago when I was in middle school myself. When I asked a few of my co-workers when they first came into their feminism, they all gave a response most people I interact with provide: in college. For Stephanie, it was when she started taking black studies classes; Sophia, when she had a lecture class with Caroline Heldman her sophomore year at Occidental College; and for Brittany, even though she noticed sexism and racism at a young age, college was when she was given the language/jargon to explain everything she felt and experienced. If most people really come into feminism when they are in college and are presented with more critical academic studies, what does that mean for those who never make it to college? Why should children be forced to wait until they’re older to experience social justice-inclined subject matters?

There are times when I am able to open up discussions with my students, such as one session with my advisory kids in which we created our own versions of ourselves as superheroes. When I presented my superhero self to them I told them my cause was fighting sexism. Naturally there were a few giggles because I said the word “sex,” but one student asked what it was. I explained it as simply as possible: when people discriminate or are mean to others simply because of their sex or gender. This immediately prompted another student to say “Oh, like how women get raped? Why do women get raped all the time? Why do people do that?” I immediately jumped on the opportunity to have a feminist discussion with my students. We had a long and very interesting conversation about why rape occurs, what constitutes rape, who does it, who it can happen to, and then moved on to a general talk about how safe they feel in their neighborhoods.

This is one example of a time when I was able to have a productive conversation with my students, but these opportunities are few and far between and they don’t always go the way you hope. I’ve come to accept that the simplest and potentially the most important thing for me to do is to be a visibly curious and competent female role model, and demonstrate simply by existing that women can be talented, supportive, and capable of building consistent and positive relationships with them. By doing so, I can leave the door open to having a positive feminist impact on my students. As bell hooks said, “Honesty and openness is always the foundation of insightful dialogue.”

I just wish that our education system would focus on academics that don’t protect the white patriarchy that has always existed and instead that the system would be honest with children. There’s no need to tell students “Columbus discovered America,” “Abraham Lincoln freed the slaves,” and to stick to 19th-century American/British male authors. Students can handle being told “Europeans came upon a country filled with people they thought were inferior and violently took over their land and resources for their own benefit.” And what’s the point in denying students the image of an enslaved people, men and women, that advocated for their personal freedom and achieved it? If the purpose of education truly is to develop critical thinking skills and problem solving, these are things we should be telling them right from the start, instead of hoping they realize it later in life, especially when the system isn’t designed to ensure every child succeeds.

Education is the greatest equalizer we have, and it’s time to treat it as such. 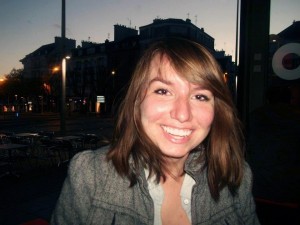 Originally from Louisiana, Emily Turner graduated from New York University where she majored in History and Psychology with a French minor. She is a dedicated advocate for social change currently working within the NYC public education system. She trys to instill her passion for learning and social justice in both her co-workers and the people she serves.