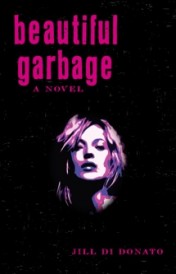 I love art and I love women. As a feminist woman and as an artist, I’ve long been fascinated with the way our sexuality informs art and how we are in the world. Do we  suppress or subjugate our sexuality, our drives, our desires just to create art that is presentable? Do we make art that conforms to what a Western woman is supposed to be in 21st Century (sexy but not too sexy, powerful but not too powerful, taking ownership of our lives, but not selling ourselves), or do we allow our sexuality in its myriad forms to  unleash itself as a primal creative drive no matter how much slut-shaming, attacks, or damning critiques are launched our way?

More compellingly, how do we as artists know whether we are using the power of our sexuality, our deep core creativity as a tool we ourselves wield?  Do we see when we are instead being wielded by a culture of corporate consumption that feeds off of our willingness to sell the most precious parts of our humanity, our sex and our art.

Jill Di Donato takes aim at those questions and strikes them in the heart with her novel, Beautiful Garbage.  Di Donato, a prolific writer for Huffington Post, holds an MFA from Columbia University, where she’s also taught writing. Her debut novel Beautiful Garbage was recently released from She Writes Press. Currently, she is an adjunct professor of English at The Fashion Institute of Technology. Di Donato has appeared as a sexpert on several radio and TV programs and is at work on a nonfiction book called 52 Weeks of Sex.

She has a fresh and darkly lyrical writing style, holding both complicated emotions and multiple levels of pain and beauty with a tone that completely captures a time and place, mood and mode. Her book perfectly presents the intersection of art, commerce, and desire in early 1980’s New York, all while drawing fully fleshed characters of depth and complexity. I had the pleasure of asking her some questions about her novel, and we explored ideas of trauma, sexuality, guilt, pleasure, and what it means to make and sell art.

JG: In the book, there is a focus on art, being artists, but also on what makes up prostitution or selling one’s self. I’d love to know the relationship(s) you see between sexuality and artistic expression, creativity and destruction (which, to me seems to play out in the book both in the sense of positive creation — taking pain or trauma and creating a new expression of that pain — and in destructive forces — abuse of a child, bullying, lies, using sex to break up with a fiancée). 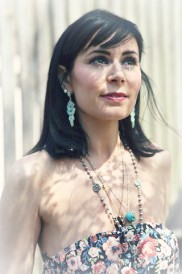 JDD: The book takes place in the 1980s New York art scene, which is the apex of sex, art and commercialism. But aside from that, there’s an inherent connection to me about an artist being intimate with his or her art. Making art taps into that part of yourself where you have to be completely vulnerable and open — much like sexual experiences. There’s also the obvious metaphor of creating something.  While sex may lead to procreation (meaning another being), it’s also an experience that can change the relationship between people and create it into something new. Artists do the same thing in their chosen media. I’m certainly not the first writer to explore the complications of this topic, and will definitely not be the last.

In terms of the protagonist, Jodi, she does take her pain — which has its roots in early confused expressions of sexuality — and uses that trauma to inform her art. I also think that for her, and many people like her, art is her salvation: it’s her way of categorizing painful, unpleasant experiences into something else: something that’s not necessarily beautiful, but transformative. As an author, sex columnist, and woman, I can definitely relate to this. Writing has definitely helped me out of dark times because it gave me a way to externalize my experiences and turn them into something apart from me, crafted, and yet intimately connected to me at the same time.

JG:  There is a theme around sale of creation and art for money and it’s relationship to art as whoring. Selling out to a dealer, playing the game on the artistic side of things, then the world of high paid courtesans.  Jodi seems to come to a final conclusion about sexuality, consumerism and art merging into one thing at the end of the book. As women of that world, and even today, are our bodies and sexuality always part of the process of art? Is the way to be in control of sexuality to own it, meaning it can be and should be sold?

JDD: In the middle of the novel, a fellow artist tells Jodi that at the time (in the 1980s) the one subject that women artists would not touch was hard core pornography. This stays with Jodi — as her ambitions for fame and recognition drive her motivation for much of what she does — but her “final triumph” can be seen as a metaphor for what we all do to some level: sell ourselves, our bodies, our minds, our ideas for money. In a capitalist society, none of us really have any choice. I’m proud of Jodi for at least being honest and transparent about the inherent connection between consumerism, art, and the body. Many people go about their daily lives trading their most intimate selves for money and pretending like it’s okay; it’s moral and oh so grand. Yet at the same time, these people degrade sex workers who trade their bodies for money. To me, the only difference is that sex workers are explicit about the exchange, while the rest of us go about our “trade policies” without really thinking about what we are doing, and what about ourselves we are giving up for money.

JDD: I miss the old New York. Of course, I was just a child in New York in the 1980s, but I was precocious, and my parents were the types to drag my sister and me everywhere: Chinatown, SoHo art galleries, crazy parties on Long Island with artists like Ray Johnson, museums on the Upper West Side. I also went to school with the children of Julian Schnabel, Roberto Clemente, as well as all kinds of artsy types — like Mike D, Zac Posen, Lena Dunham, and Emma Straub. So I was surrounded by a certain lifestyle that I found glamorous and mysterious, and also complicated. It intrigued me, and stayed with me. There’s also something broken about the old New York that I love — not necessarily broken in a destructive way, but broken all the same. Sometimes, things that are broken are better off left unfixed. 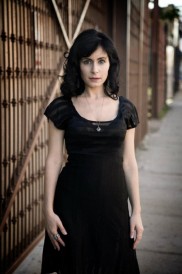 JG:  Much of the book wrestles with Jodi’s feelings of resentment towards her father, ultimately finding out that the one who abandoned her was the one responsible for her success (out of a sense of guilt from her father perhaps). She also wrestles with her own deep guilt over terrible sexual violence she enacted in her teen years. I think it’s bold to show that women can be perpetrators as well as victims. What role do you think guilt and shame play in creation and in her work, ultimately in how she atoned for those acts?

JDD: As a child and teen, my protagonist, Jodi, did some detestable things. She was a willing participant in the molestation of a young boy, which was a desperate cry for power. It was difficult to write a character who did something so deplorable who the readers still wanted to root for. The thing is as children, we make mistakes as we are trying to figure out who we are in the world that ultimately has more power than we have. Today, our culture pays more attention to bullying than it did in the 1980s, and the impact bullying has on children’s lives. Yes, Jodi’s shame in bullying the young boy led her to shame herself as a prostitute and slave to men’s desires. Her guilt over slut-shaming her best friend Isla also left her with a tremendous amount of guilt. In the 1980s slut-shaming wasn’t a term, but today, it’s so pertinent. Women can be awful to one another, and I think as women we need to examine the impulse to shame another woman for her sexual choices. In the end, Jodi is embarrassed, sad, and tortured that her slut-shaming led to a friend’s demise. Does this explain her choice to prostitute herself? In a way. But of course, it’s more complicated than that.

JG:  Beauty and power status play a large part in the book. Would you tell us more about that intersection in Jodi’s search for connection, friendship and love?

JDD: Our culture values beauty as one of the most valuable commodities a person can have — women especially. There is an inextricable link between beauty and status — that’s pretty obvious. But for the characters in my novel, beauty is a way for women to connect to one another, to seek out relationships and become “beautiful by association.” Is this love? No. But I think it’s a sad reality of how some women can relate to one another. Jodi always considered herself plain, and then early on in the 1980s, she was more into the punk rock look, which subverts traditional feminine beauty. Yet, as an artist, she originally made a name for herself as a figurative sculptor who imitated Greek and Roman beauty ideals. When she decides to become an elite call girl, she undergoes this physical transformation and rethinks her idea of what it means to be physically beautiful. She’s conflicted on how to internalize the pressure western culture places on women to look a certain way, and thereby gain love and attention. You can see a glimpse of Jodi’s world in my short film adaptation of the book.

I was both delighted and challenged by the ideas and themes presented by Jill Di Donato.  Her ability to seduce the reader with both prose and difficult content, her forcefulness in exploring tough subject matter and her fierceness in presenting women (both as artists and sexual beings) not as perfect and pure, but as flawed and human, struggling and complex. Her work is thoughtful and provocative, and at times uncomfortable in the best way. Just like art and sex should be. 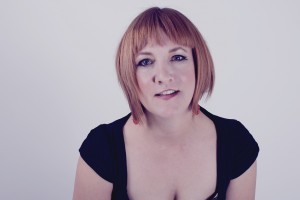 Julie Gillis is a coach, writer and producer focused on social justice, sex, and spirituality. She is dedicated to sexual freedom and equality, education, and ending sexual violence against women and men.

A skilled speaker and emcee with BedPost Confessions, she produces events with an intersection of social justice and community building.  Julie intuitively helps people live their fullest lives, navigating the terrain of relationships and sex education.

For writing, speaking, or coaching services, please contact her at JulieGillis.com