On Guns, Fetuses, and “Pro-Life” Hypocrisy – The Feminist Wire

On Guns, Fetuses, and “Pro-Life” Hypocrisy

The slogan, printed on a campaign bumper sticker, is a ridiculous statement from a politician known for reactionary and controversial Tweets that reveal, among other attributes, a lack of critical thinking skills. But lurking within Stockman’s absurd motto is a dangerous and all-too-common set of beliefs about fetuses, guns, and the disposability of pregnant women. To dismiss the slogan out of hand as just another example of Texas white male political bluster—as many initially did—would be a mistake.

So let’s talk about the ways gun-toting fetuses might be a problem—and not just for gun manufacturers, who would have to ingeniously design tiny little weapons for emergent humans with no workable trigger finger until after the second month. Not to mention: how might we actually insert the guns into women’s bodies?  Would we do so guided by the ultrasound technologies so popular with some conservatives? Maybe they could be delivered through an abdominal incision, known as hysterotomy, pioneered by fetal surgeons seeking to repair fetuses? Or we could perhaps deploy the miniature guns into pregnant women transvaginally, via some sort of tubular pneumatic device?

Clearly, Rep. Stockman did not put much thought into the logistics of his plan. But this is not unusual; as we have seen, Republican men seem to routinely misunderstand women’s reproductive anatomy.

Many years ago, one of the fetal surgeons I interviewed for my first book, The Making of the Unborn Patient, described the difference between a fetus and a newborn as “merely geographic.” The geographic border, of course, being the pregnant woman in whose body the fetus marinates. It was the job of intrepid fetal surgeons to cross that fleshy border, scale the uterine walls, and peel back the many layers of skin, muscle, and fat to reveal the jewel within: the unborn patient. All in the name of biomedical progress and fetal agency, and little matter that pregnant women were relegated to the status of inert technology, surgical field, or access ramp to glory.

Rep. Stockman’s view, like that of many “pro-life” conservatives, mirrors this surgical representation of women. In this conservative worldview, fetuses are not only fully human, but highly rational and self-interested agents whose needs are frequently framed as diametrically opposed to the needs of their mothers. So much of the Right’s protectionist adoration of fetuses hinges on a belief that these “innocent victims” are forever and deeply at risk from pregnant women who are framed all too often as selfish, alcohol-swilling, drug-using, welfare-check-abusing, abortion-prone “sluts,” so-called promiscuous women who “need” policy to amend their morality. White men of a certain age seem especially to identify with the fetus—framed ubiquitously as white, male, and innocent—against the Bad Women.

Of course, as any woman who’s ever been pregnant knows—whether she carries a baby to term or not, becomes a mother or not—the difference between a fetus and a newborn is not merely geographic. I have been pregnant four times and given birth to two daughters via cesarean section (one an emergency procedure), each after thirty-six hours of gut-wrenching, back-burning labor. Rep. Stockman: how many times have you been pregnant and given birth? Zero? I thought so.

Little wonder, then, that within a framework privileging fetal agency–even if that framework is grounded in a Christian belief system, as Stockman’s purportedly is–pregnant women are consistently portrayed and treated as disposable. In the Right’s version of the United States, it’s perfectly acceptable to harass and arrest pregnant women—especially women of color—for their behaviors, to medically treat them without their consent, and to subject them to surveillance in the name of fetal health. If fetuses are positioned as agents with more rights than women, as they increasingly have been for two decades, it is seemingly acceptable to repeatedly violate pregnant women’s human rights with shockingly little public outcry and often with the assistance of the State.

And in this framework, it is also apparently okay to shoot pregnant women from the inside out. (And yes, I do understand that Rep. Stockman’s slogan is not intended to be taken literally. Or is it? One wonders these days with a certain cadre of Republican men.) 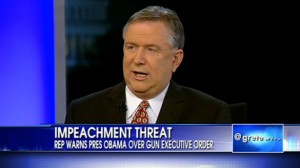 It’s worth noting here that Rep. Stockman opposed the Violence Against Women Act (VAWA) because it included provisions for transgender women, proving he’s an equal opportunity hater. And he has worked very hard to derail gun control, particularly the Manchin-Toomey bill that would require background checks. Even the Citizens Committee for the Right to Keep and Bear Arms supported the bill, which makes Rep. Stockman more conservative than at least one segment of the pro-gun lobby. And let’s not forget that in 1996, he opposed the Working Families Flexibility Act.

Sadly, although Stockman may have the most provocative campaign slogan of the month, he’s not alone among Republicans in calling himself “pro-life” while voting against vital protections for women and against gun control. Lots of politicians proudly squawk about “pro-life” and parade noisily around like cocksure banty roosters while stealthily advancing legislation that harms people, especially women and children. What the Right really means by “pro-life,” if their discourse and policies are any indication, is pro-some-lives-and-definitely-not-others. While fetuses may qualify as worthy of life in this dangerous, misogynist worldview, pregnant women do not. Nor do babies in their first year of life, as my current project on infant mortality reveals.

Ironically, however, fetuses do not and cannot fare well in this framework, either. If fetuses were self-interested agents, as the Right claims, then surely they would not take up weapons against their sole life-support system, their watery universe of sustenance and survival. For a gestating fetus, nothing in life is more important than the pregnant woman whose body is nurturing it; to harm a pregnant woman is also to likely harm her baby, as advocates of the Violence Against Women Act know all too well. Pregnant women especially are targets of domestic violence, and with few exceptions, dead mothers cannot deliver living fetuses. 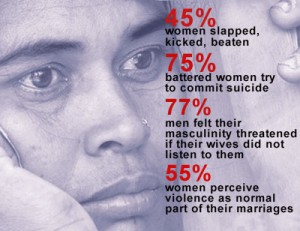 What’s more, pregnant women without access to health care, housing, food, and safety are much less likely to produce healthy babies—and our “pro-life” politicians rarely vote for the policies that support pregnant women and their families. Indeed, the Right has targeted women’s health, including reproductive health, with hundreds of pieces of legislation that ultimately chip away at women’s ability to plan their families, secure health care, and protect their children. 2012 was a banner year for this type of legislation, including numerous efforts to defund health care providers such as Planned Parenthood. Despite the rhetoric of “pro-life,” such bills fail to secure fetal and infant health because they fail to secure women’s health. 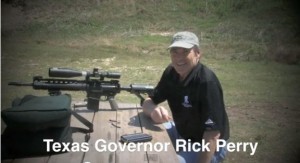 We could, in the United States, produce the kinds of social environments conducive to life: the lives of fetuses, babies, and children; the lives of women; the lives of people of color; the lives of families, communities, and ecologies. We actually know what to do, as the evidence is crystal clear that some policies enable living beings to survive and to thrive while others consign them to premature death. Yet “pro-life” politicians by and large do not support these policies. They are too busy being captivated by fantasies of Butch Cassidy and the Sundance Kid, too busy defending their own Rambo-style arsenals, and too busy advocating zero tolerance policies for youth that disproportionately negatively impact students of color.

Instead of creating a just and loving society that embodies what Jeanne Flavin and Lynn Paltrow call a “pro-lives” perspective, we get a hollow “pro-life” celebration of guns and catchy slogans that advocate violence against pregnant women.