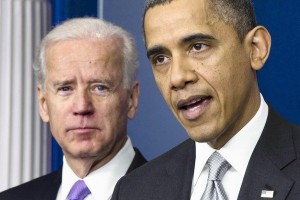 In the wake of the Newtown shootings, the airwaves have been vibrating—often furiously—with conversations about guns. And as always in the United States, the issue is framed as a rigid binary of pro and con, them and us. Gun control advocates, including President Obama, want to place the discursive emphasis firmly on violence and the harm guns cause. They largely support restrictions of various kinds. Gun owners and gun rights advocates, with the National Rifle Association (NRA) at the prow, cling to the Holy Grail of the Second Amendment. Both sides often paint the other as entirely unreasonable.

In the midst of all this talk about gun control, there are two points on which both sides seem to agree, regardless of position, party, or platform. First, the need to keep guns away from people who are mentally ill, or in federal terms someone who has been deemed a “mental defective.” Second, the need to keep guns away from criminals, especially “violent predators.” Both categories of people—the mentally ill and predatory criminals—are framed repeatedly as distinct from the rest of us, the “responsible” and “sane” citizenry. And both are almost always imagined as men, with women (e.g., home and hearth) framed perpetually as that which needs protecting.

To hear the NRA tell it, every gun owner is a decent, law-abiding, responsible human being. People who enjoy hunting and skeet shooting while also contributing to their picket-fence community and the greatness of the United States of America. In this framework, the only way for the NRA and its supporters to respond to “mental defectives” and “violent predators” among us is, of course, with more guns–at least for non-deranged people. In stunningly vitriolic fashion, the organization advocates armed guards in schools and a gun in every classroom and bedroom to protect our innocent children from “people so deranged, so evil…that no sane person can possibly ever comprehend them.”

But let’s stop for a moment and consider what we know about guns, who uses them, and who is vulnerable to harm. Sorenson (2006, 232) found that “intimate partners with guns present the greatest fatal risk to women. Women are more than twice as likely to be shot by their male intimates as they are to be shot, stabbed, strangled, bludgeoned, or killed in any other way by a stranger.” In cases where women are abused but not murdered by intimate partners in households with guns, the weapons are frequently used to coerce behavior, such as sex, or to instill terror. All things considered, Sorenson tells us, “access to a gun is a potent predictor of a fatal assault” (234).

Findings from the National Violence Against Women (NVAW) Survey document that intimate partner violence in the U.S. is pervasive; that women are far more likely to be victims than men; that women experience more injuries than men; and that violence against women is frequently accompanied by emotional abuse and controlling behavior. At least 25% of women in the U.S. have experienced some form of domestic violence in their lifetimes, and the numbers are probably higher given how infrequently abuse is reported. The U.S. Department of Justice estimates that up to six million women per year are physically abused by an intimate partner. Approximately 19.5% of family violence cases involve a weapon. 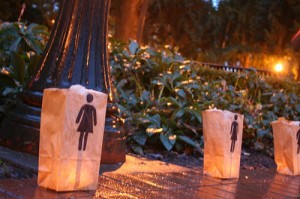 Little wonder that a 2006 Gallup poll found significant gender differences in perceptions of firearm safety, with more men (56%) than women (39%) feeling safer with a gun in the home. The question must be asked: safe from whom?

Women in abusive situations are particularly vulnerable to physical assault during pregnancy. Which makes recent comments by opportunistic bombast Rush Limbaugh even more odious. In case you missed it, he stated, “You know how to stop abortion? Require that each one occur with a gun.” One wonders which method of violence against pregnant women Limbaugh would prefer? Shooting them point-blank directly into the abdomen, or perhaps the transvaginal method so favored by right-wing politicians and pundits? For a misogynist who seemingly believes women are at best whores and at worst chattel, endorsing violence against pregnant women is just another day at the office.

While we reel from spectacular violence that horrifies and makes headlines, mundane violence that harms, terrorizes, and kills women (and often their children) goes largely unnoticed. Domestic violence, with three women on average murdered every day, is more than a silent epidemic; it’s a public health emergency. And yet Congress has failed to reauthorize the Violence Against Women Act in a striking display of cowardice, homophobia, and male privilege. As Soraya Chemaly notes, “norms, not women, are the problem.”

Despite all of this—pandemic violent assaults on women, talking heads advocating harm to pregnant women, Congress’s epic failure to reauthorize VAWA—the current gun control debate elides the relationship between guns and intimate partner violence. Women are largely absent from this conversation, like so many others that deeply impact us. Might this be because to focus on domestic violence and gun violence would draw our attention away from the straw figures of the “mentally deranged” and “predatory criminals,” and instead locate our gaze firmly on our next-door neighbors and “people like us”?

So, what aren’t we talking about when we talk about gun control?