Home / Violence / An Open Letter to the Prime Minister of India

An Open Letter to the Prime Minister of India

I read today that you were “disturbed” about the rape of another child in Delhi, a five-year-old girl. My question to you is: just how “disturbed” are you?

What does the rape of a five-year-old female child make you feel? Do you sit in your plush office and shake your head in disbelief? Do you sit in your secure mansion at Raisina Hill eating your good dinner while a five-year-old female child asks for food she cannot eat because of the multiple surgeries she has undergone? Do you share your “disturbance” with anyone? Do you talk to your spouse about this little girl battling for her life? What do you say to each other? Do you both just shake your heads in disbelief and feel helpless in the face of this angry war of men against female bodies and persons? 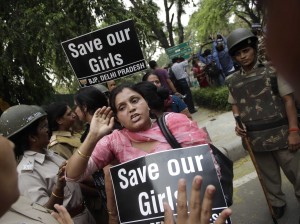 Do you know that girls and women are now living everyday in a war zone, and that gendered crimes of war are being committed in times of “peace”? Do you know that each day, a female body/person is abducted, confined, raped, raped again, demolished bodily from inside out, and left to die on roadsides of every town and every city in your “new” India? Do you hear them? Is their anguish conveyed? Are you terrorized by their terror? Do you wake from nightmares conveyed by terrorized bodies? What do you do when you wake in night-sweats? Do you cry? Do you drag yourself to the bathroom and empty the contents of your stomach? Do you stand under the shower for hours hoping that the stench of your nightmares may be washed away? Do you lie in your bed thinking about your own life even as sleep escapes you?

Do you think about yourself—the man you were, the man you became or could not? Do you feel shame? Is this shame debilitating to you? Does it cripple you emotionally and physically to the extent that you cannot conduct your everyday existential business? Do you fear for your life? Do you think that someday, you might take your own because your life seems unbearable? Do you look in the mirror and then look away? Do you look at other men and then look away? If you didn’t look away, what would you see of yourself in the mirror and in other men? Would you recognize yourself or be shocked by what you see? How would you take measure of your maleness, its meaning and its affect, as you assess your aging face and an aged body?

What does being a man mean to you? Do you know? Do you know if the men around you know? When did you recognize your male privilege? At what age? Did your mother feed you paranthas made in clarified butter and feed herself regular dry rotis with a slice of onion? You went to school (probably unlike your sister, if you have or had one), but did it matter if you passed or failed? What did you do when your sister, who didn’t go to school, was caught trying to read in the corner of a dark barn? Did you spit on her? In your teenage years, did you stand at the corner of a village turn and tease girls your age? Did you say crude things? Did you ever touch anyone inappropriately? 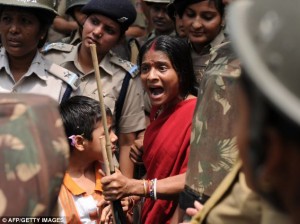 Mr. Prime Minister, do you have answers to any of these questions? You are the elected authority of the largest democracy in the world, yet you find yourself merely “disturbed” by the rape and torture of a five-year-old female child. I and many other women in India and around the world want to know: Whose heads are you rolling to stop this madness? Why are you hiding behind a broken, ineffective, biased democratic process of redressal in times of war—of male bodies against female bodies?

If the Constitution is a contract between the republic and its equal and free citizens (that the republic will protect and promote the rights of every citizen irrespective of their denomination), then has male privilege severely undercut the viability of this contract to render it null and void for female bodies of every size and shape? Why would castration or hanging until death for male bodies convicted of rape in a court of law be rejected as appropriate punishment by the same court of law? Why would the male bodies populating the benches of such courts of law squirm at the possibility of these punishments and yet feel nothing except “disturbed” by the routine brutalization of a girl-child’s body? What is justice in the court of male privilege? What is justice in a formalized democracy that has been rendered dysfunctional by cultural forms of male privilege?

You do know, Mr. Prime Minister, that “they”—the angry women and their allies—are baying for your blood and the blood of all men who only know the female body/person as a commodity to be bought and sold in the patriarchal/ liberalized bazaar of a culture that is mutating like a bad wound. “They” don’t want you to lead them. Hell, “they” don’t even want your male privilege form of democracy. “They” would rather accept a dictatorship, and hope that this anti-thesis to ideas of freedom and equality would somehow better wield the whip and knife against those who wield their penises as weapons of mass destruction against girls and women. “They” want Saudi style justice—an eye for an eye, a leg for a leg, and a penis for rape. 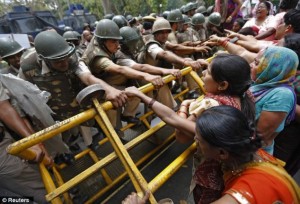 So what does this say to you, Mr. Prime Minister? It says you have failed, miserably. You have failed this polity and this democracy and these women. You have failed all girls and women to such an extent that you should not be surprised with a future rise of female mercenaries who would “kill, Bill” without a twinge of remorse. Think of such a time, Mr. Prime Minister, and then perhaps you will be more than merely “disturbed” about routine brutalization of female bodies/persons in our contemporary, “shining” democracy of India.

Related ItemsIndiarapesexual violenceViolenceWorldYouth
← Previous Story Feminists We Love: Jamion Allen
Next Story → Across Difference, Toward Liberation: An Introduction to TFW’s Forum on Race, Racism, and Anti-Racism within Feminism