Deadline Approaching: Call for Submissions for TFW forum on "Race, Racism, and Anti-Racism within Feminisms" – The Feminist Wire

Deadline Approaching: Call for Submissions for TFW forum on "Race, Racism, and Anti-Racism within Feminisms" 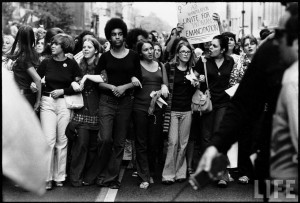 In 1979, Black socialist feminist lesbian writer, scholar, and organizer Barbara Smith stood in front of the National Association of Women’s Studies and said the following,

Recent critiques of “white feminist” silence surrounding the misogynist attack against nine-year old actress Quvenzhané Wallis, coupled with – what seems to be – a ubiquitous and ever-growing culture of indifference regarding violence against women of color in general, and “white feminist” taciturnity and/or insensitivity in light of the same, in particular, gives much pause. These realities and critiques call on us to revisit Smith’s vision for feminism as a critical site of total freedom—for everyone.

None of these concerns are new, of course. Our present moment, marked by high racial tensions within feminism, violence against women in general and women of color in particular, and critiques of feminist silences, self-aggrandizement, and totalization, requires us to pause, take note, and create critical spaces for addressing the circulation of the term “feminism” (unmodified) and its relationship to race, racism, and anti-racism.

This forum, convened by The Feminist Wire asks us to re/think and re/work the functionality of race within feminist movements, communities, theories, and projects. What models do we have for a feminism that is accountable to what Barbara Smith calls a “vision for total freedom”? How can anti-racist feminists grow their allyship and support other feminists in becoming anti-racist? How might we both critique and move beyond the black/white feminist binary, and deconstruct and reimagine the nuances within each in the process? What is the role of feminists of color in educating white feminists on these issues? And what might feminists of color learn in the process?

If we can end racism within our feminists movements, we might just be able to use feminism to end racism in the wider world. All of us have plenty to learn. Will you join us at the table and have an open, honest, and necessarily risky dialogue? Please submit unpublished critical essays, stories, research briefs, creative works, or “love notes” to Submittable by March 31, 2013. Please also include a brief bio and photo. Finally, please mark your submission “race and feminisms” so that we can easily identify it.

You know what critical essays and stories are, but perhaps you’re wondering what a “love note” is? In these times of growing skepticism and mounting critique rightly aimed at the myriad forms of structural conditions that negatively impact women and children around the world, we recognize the need for self-care and acts of love-making within our communities. Thus, “Love Notes” is a space that exists on TFW where we can counteract the violence of oppressions through offerings of praise, support, solidarity, and love. It is a radical space where we, for once, seek to forego the use of the “master’s tools” (i.e. war; in-fighting; communal dissolution; hatred; separation; and prejudices) by employing a different and revolutionary tactic, namely, love.

We hope this forum will be a constructive intervention, not a reinvention of the same ole tired wheel. We’re interested in historicizing the tensions re: the race/gender/sexuality divide in feminism. However, we’re also interested in inclusivity and nuance; differences among, between, and within feminisms. We are particularly interested in trans-national works that cross multiple complex socio-political and geographic “borders,” to include but certainly not limited to works by Black, Mujerista, Chicana, African, White, Palestinian, Muslim, Asian, Womanist, and other feminists. We’re also interested in intersectional conversations that include class, sexuality, (dis)ability, and other identities alongside race and ethnicity.

In the words of sister Lorde…

We look forward to receiving your submissions.