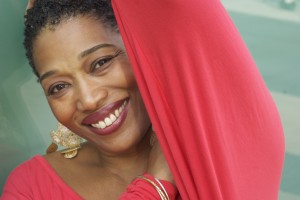 Joan Morgan is an award-winning journalist, author and a provocative cultural critic. A pioneering hip-hop journalist, she began her professional writing career freelancing for The Village Voice. Morgan’s passion and commitment to the accurate documentation of hip-hop culture combined with adept cultural criticism placed her at the forefront of music journalism. She was one of the original staff writers at Vibe magazine and a contributing editor and columnist for Spin. Morgan has written for numerous publications, among them MS., More, Interview, Working Mother, GIANT, and Essence. In January 2000, she was asked to join the Essence staff where she served as Executive Editor.

Morgan coined the term “hip-hop feminism” in 1999, when she published the groundbreaking book, When Chickenheads Come Home to Roost. Her book has been used in college coursework across the country. Regarded internationally as an expert on the topics of hip-hop and gender, Morgan has made numerous television and radio appearances — among them MTV, BET, VH-1, Like It Is, and CNN. Morgan has lectured at high schools and colleges across the country.

Morgan has taught at her high school alma mater, the prestigious Fieldston School, for five years. She was an instructor in the Creative Writing Program at the New School in New York City, and a Visiting Instructor at Duke University where she taught “The History of Hip-Hop Journalism,” and a Visiting Research Scholar at Vanderbilt University.  This year, she was a Visiting Lecturer at Stanford University’s Institute for the Diversity of the Arts where she taught “The Pleasure Principle: A Post-Hip Hop Search for a Black Feminist Politics of Pleasure.”

Born in Jamaica, raised in the South Bronx, Morgan graduated from Wesleyan University.  She is currently pursuing her doctorate as a McCracken Fellow enrolled in the American Studies Program at New York University.

In short, Morgan is a force–a creative and arresting source of light that I deeply admire, not simply because she’s both brilliant and fierce simultaneously, but because she’s incredibly generous.  And by generous, I mean to convey that the principles that guide her work, and the love that centers her in the universe, are life-giving for many–not simply self.  Morgan is the epitome of “feministfierce” and public intellectualism.  She balances plenty.  And she does so beautifully.  With grace.  And with integrity.  We recently sat down and engaged a variety of topics.  Take a look.

Part 1: Why Joan Morgan is a feminist that *I* LOVE

Part 2: Joan Morgan on being both fierce and feminist

Part 5: Joan Morgan on working/theorizing/living from a space of love

And guided by BIG LOVE.