Take the Shackles Off My Feet So I Can Dance*: A Call to End Gender Policing – The Feminist Wire

Home / Education / Take the Shackles Off My Feet So I Can Dance*: A Call to End Gender Policing

Take the Shackles Off My Feet So I Can Dance*: A Call to End Gender Policing 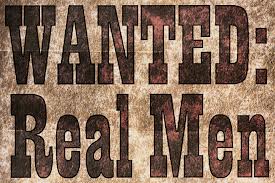 Real men aren’t polite; politeness is for sissies. Body posturing is everything; real men don’t cross their legs at the knee or let their hands fall limp at the wrist. Real men put Money Over Everything; C.R.E.A.M. Real men ain’t nurturers; they provide discipline and financial support only (and they only provide those two things if they feel like it). Real men use violence to assert authority. Real men do not experience pleasure from anything except power; and that power should be wielded like Thor’s hammer: to destroy things, not build them. Real men don’t respect women; women are merely playthings for real men’s whims. Real men don’t say “I love you”; love is for women, who are weak. Real men don’t show any emotion except anger.

I learned those lessons at the feet, and sometimes fists, of the gender police in my community. My community included family, friends, teachers, school administrators, classmates, colleagues, lovers, and enemies. All of them allied, united in a singular cause—without fail or regard to my actual emotional, physical, psychological, or spiritual well-being—to make a man out of me. And this they called love.

What it felt like to me was warfare. It was a holy war, in fact. These people who said they loved me, and could only demonstrate that love by humiliating and torturing me, often reminded me that they were acting on behalf of the divine, making right the crookedness that I seemed to be bending into. Like all zealots, they were insusceptible to reason. They were acting on what appeared on the surface to be instinct, but was actually something far more insidious: directives that they believed they were getting directly from Allah/Yahweh/Jehovah/Jah, his name changing as the text did.

The goal wasn’t merely to make me tough so that I might be able to handle myself in a world where the color of my skin marked me as a target. The conditioning was also employed so that I could meet some standard of being that suited the heteronormative objectives of my captors. After all, it was my white eighth grade teacher who called my mother to tell her that she should be concerned that I was a little bit light in the loafers and that, perhaps, some rigorous athletic activity or bullying from other students might straighten me out before it was too late.

It was about 13 years too late. For, you see, I had understood myself to be Same Gender Loving since I was a very small child, since before I had even entered the education system. I didn’t have the words to articulate my feelings, but in relation to all the images, all the people, all the religion, all the media that I had been exposed to, I knew that my feelings were not like what I was being shown. Through the covert and overt gender policing I received almost from birth, I learned that I should keep my difference a secret—even from those I loved. Isolated and isolating, alone and lonely, the onlyest one, I imagined myself by myself in a world that would forever be at arm’s length. I kid you not: I had my first panic attack at age six when I became aware of the sexual nature of marriage. It dawned on me that when I grew up, I would have to get married. The panic was mostly for me, but I also panicked for the woman I would have to lie to, who would surely remain unsatisfied, who I could only disappoint. 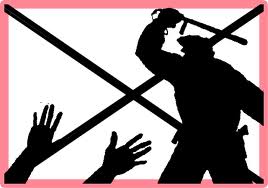 I endured decades of this often brutal, often bloody policing and the only way I survived was to give in to it to a great degree. So much of my kinder, more patient, more trusting, less pessimistic self was lost to the punches, kicks, slaps, and cusses of well-intentioned people who policed my behavior. Perhaps “policed” isn’t the right word. I don’t believe that I was being served or protected by any measure. I was being abused and terrorized. So yes, they were my gender abusers, my gender terrorists, some of whom I loved.

I have been told that I have to understand that since white men won’t let black men be Men, it only makes sense that straight black men are sickened by the sight of queer black men, particularly those who are demonstrably feminine or otherwise make their queerness known. Always, the definition by which Manhood is ultimately defined is not some objective, pre-existing, immovable, biological, scientific standard (although they will attempt to convince you that it is), but rather some constructed, limiting, shifty, suspicious, patriarchal paradigm that defines Manhood as one’s ability to control, dominate, and exercise punitive power over those deemed “weaker,” and those deemed weaker are always those who are female and/or feminine. It is an inherently misogynistic foundation upon which this construct is built. Queer men are bothersome reminders of submission and castration because empowered women are bothersome reminders of the exact same thing.

The problem is patriarchy.

These are individuals who can accurately see the dehumanization (and I prefer to use the word “dehumanization” rather than “emasculation” because the latter relies on patriarchal definitions of gender expression) of black men as a product of white supremacy, but fail to see anti-queerness as also a product of white supremacy. I believe they fail to see this connection because they are largely cut off from their history: Trapped in the West as we are, and our Eastern motherland being divided up among its European conquerors for exploitation as it is, we have forgotten our native, less rigid and retributory concepts of gender. Because we have forgotten, we invent an admittedly seductive story of a continent devoid of queer people until European contamination, and we take European definitions and worldviews and spiritualities and pretend that they have always been ours.

On this basis, queer and gender nonconforming peoples are forced to give up the autonomy of their own bodies, lay waste to the nature of their own expressions, be the sites for community aggression and outrage, sacrificial lambs for the tribal struggle to be acknowledged and respected by an inherently corrupt system that has neither knowledge nor respect, but has power and abuses it indiscriminately. “Be ashamed” is the instruction we’re given, “and barring shame, be invisible. Have sex with another man if you cannot control the urge, but for God’s sake: Do it in the dark. Get it over with quickly and forget it ever happened. Have the decency to despise the other man you’re fucking. Please don’t let him fuck you and don’t disgrace yourself by loving him.”

This, they believe, is sensible. I believe it is sick.

I believe it is a trap.

There is nothing liberatory (or, for that matter, Afrocentric) about demanding that someone be small enough to fit inside of your image of them. I absolutely refuse to do it. And that doesn’t make me less of a man, it makes me more of a human being.

Our wisest elders have always told us—and the message is in millions upon millions of makeshift graves in the East, below the fathomless waters of the Atlantic in the middle, and in the unmarked sites of death and destruction in the West:

Until we are all liberated, none of us are.

*The title of this piece comes from the lyrics of a gospel song by the duo Mary Mary called “Shackles (Praise You).” Its use is purposely ironic. 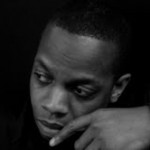 Robert Jones, Jr., is a writer/editor from Brooklyn, New York and the creator of the Son of Baldwin blog. He is currently working on completing his first novel. Follow him on Twitter: @SonofBaldwin