Sacrifice, Religion and Exclusion: On Parade in Little Saigon – The Feminist Wire

Sacrifice, Religion and Exclusion: On Parade in Little Saigon 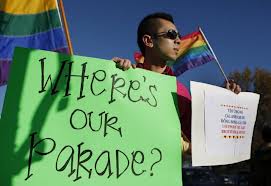 In 1954, the Supreme Court’s landmark Brown v. Board of Education decision made it clear that “separate” is not “equal” when it comes to the practice of the common good in the United States.  Maybe it’s time to remind those who plan the annual Tet parade in Little Saigon.

A few weeks ago, they banned the Partnership of Viet Gay, Lesbian, Bisexual and Transgender Organizations from participating in this year’s Tet parade.  The planning body told the group to organize its own parade instead.

“We can be behind their parade or in front of their parade,” partnership spokeswoman Natalie Newton told The Los Angeles Times. “That is just not acceptable.”

There’s something even less acceptable: Lutheran Bishop Tran Thanh Van’s admonishment that gay, lesbian, bisexual and transgender (GLBT) Vietnamese “sacrifice” themselves for the community’s sake by abstaining from the parade.

Spiritual leaders have no place invoking sacrifice in relation to sexual and gender minorities. Too often, their words motivate, justify and dismiss violence against these communities—whether they intend to or not.

Religious sacrifice and the spilling of blood are closely related. Consider, for example, the killing of an “innocent” to atone for the sin of many in the Jewish and Christian traditions. 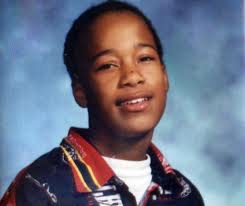 In the context of GLBT communities, sacrifice evokes an image of Matthew Shephard crucified on a fence outside Laramie, Wyoming, or 15-year old Sakia LaTona Gunn who died in the arms of her friend after being stabbed to death in Newark, New Jersey.  Both died because of their sexual identity.

Sexual and gender minorities have been sacrificed too often—in the ovens of Auschwitz, the streets of Los Angeles, the prisons of Cuba.

According to the National Coalition of Anti-Violence Projects, violence against GLBTQ people hit its highest point in 14 years in 2012. Too often, this sort of violence is religiously motivated. People of color and transgender women are at the highest risk; youth and adults from 18 to 30 years old are more than twice as likely to experience violence as their older peers.

Sexual and gender minorities know we are at risk for violence, especially when a part of marginalized racial-ethnic communities. That awareness never goes away, making it an element in chronic stress that contributes to poor physical and mental health among lesbian, gay, bisexual and transgender people, according to the Institute of Medicine.

Violence isn’t the only connotation that sacrifice carries.

When suffering maintains an unjust status quo, for example, the powerful praise it as self-sacrifice. Too often, Christian rhetoric about “self sacrifice” convinces suffering people that their un-chosen, unnecessary pain is noble, “spiritual” and pleasing to God.

Legitimate sacrifice in Little Saigon would involve privileged people making a compromise, an accommodation, for the sake of a greater good. The bishop in Little Saigon offered the GLBT community a perverted—dare I say sinful—understanding of sacrifice.

The ruse of a separate parade diverts attention from an injustice. It masks the power of religious rhetoric and its implicit, probably unintended, appeal to violence.

Separate is never equal. That’s why they want it to be separate. 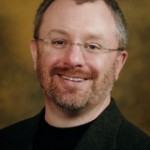 The Rev. Duane R. Bidwell, Ph.D., is a Presbyterian Church (USA) pastor, co-director of the Center for Sexuality, Gender and Religion at Claremont School of Theology and associate professor of practical theology, spiritual care and counseling at Claremont Lincoln University. He co-founded “Beyond Apologetics: Sexual Identity, Pastoral Theology and Pastoral Practice,” a national research collaborative, and he is a senior staff clinician and supervisor at The Clinebell Institute for Pastoral Counseling and Psychotherapy. For five years, he studied Buddhist doctrine and practice at Tu Vien Lien Hoa, a Vietnamese temple and monastery in Texas. He and his wife are parents of a Vietnamese son.

Related ItemsCaliforniaHistoryLGBTLittle SaigonPoliticsreligionSexualityTet ParadeUS
← Previous Story Femmes, Pulling the Pieces Together: A Keynote Address by Pratibha Parmar
Next Story → It’s a Wrap: After the Academy Awards