Op-Ed: Lessons From Brooklyn College: A Victory For BDS, Academic Freedom, and the Vanquishing of Bullies – The Feminist Wire

Home / Academia / Op-Ed: Lessons From Brooklyn College: A Victory For BDS, Academic Freedom, and the Vanquishing of Bullies

Op-Ed: Lessons From Brooklyn College: A Victory For BDS, Academic Freedom, and the Vanquishing of Bullies 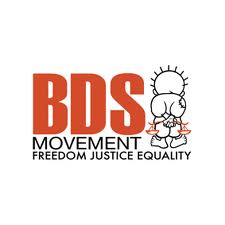 In case you haven’t heard, last Thursday night Judith Butler and Omar Barghouti spoke at Brooklyn College about the notion of using boycott, divestment and sanctions (BDS) to protest the state of Israel’s policies toward Palestine and Palestinians. Ordinarily these kinds of talks (Barghouti speaks on college campuses all the time) generate, at most, a few vocal objections from campus Zionist organizations.  But the Brooklyn College talk spurred a maelstrom of objections, starting with the usual suspects such as Harvard Professor and Brooklyn College alum Alan Dershowitz who described the event as an “anti-Israeli hatefest.”   Of course, Dershowitz can always be depended upon to voice an extreme Zionist objection to any criticism of Israeli state policy, labeling it anti-semitic.  But the calls for the event to be cancelled on account of its content and lack of “balance” radiated outward from Dershowitz to self-described “progressive” New York politicians, including New York City Mayoral heir-apparent Christine Quinn.  The letter the “progressives” signed expressed concern

that an academic department has decided to formally endorse an event that advocates strongly for one side of a highly-charged issue, and has rejected legitimate offers from prominent individuals willing to simultaneously present an alternative view. By excluding alternative positions from an event they are sponsoring, the Political Science Department has actually stifled free speech by preventing honest, open debate. Brooklyn College must stand firmly against this thwarting of academic freedom.

Other New York politicians went further and threatened to cut off Brooklyn College’s public funding if the event were not cancelled, and another went so far as to warn that the panel’s topic was so dangerous that “We’re talking about the potential for a second Holocaust here.”   We haven’t seen this kind of hysteria in anticipation of a university talk since Iranian President Mahmood Ahmadinejad was invited to speak at Columbia five years ago.

The reaction to this event was a testament to the power of ideas.  In the end, the event went off as planned.  Peaceful demonstrators protested outside, Butler and Barghouti gave their talks to a packed audience inside the hall, and due to the extra publicity the event received from its opponents, far more people learned something about BDS than otherwise might have.

The controversy surrounding the Butler/Barghouti BDS forum arose in the context of a political climate in the U.S. that has increasingly treated any criticism of Israeli state policy (it’s important to emphasize that we’re talking about criticisms of state policy not individual Israelis or Jews more generally) as an attack on Jews.  The hyperbole that flows freely in attempts to censor critique of Israeli policy is astounding, epitomized no better than the charge that the forum might launch the next Shoah.  Really?  As Judith Butler acknowledged in her remarks last Thursday, some forms of criticism of Israel are indeed anti-semitic, but to collapse all criticism into a form of Jew-hating is an insult to Jewish people, belittles the legacy of real historical atrocities against Jews, and undermines the legitimacy and security of Israel itself.

Those who went out after Brooklyn College for holding the BDS forum focused their objections on two aspects of the event, i) it was cosponsored by the Political Science Department, thus, they argued, granting the College’s institutional imprimatur to the views being expressed at the forum, and ii) it provided only “one side” of the issue, failing to provide balance on such an incendiary topic.

Baloney.  University and college departments, institutes, centers and the like cosponsor similar events all the time, and do so without providing “balance.”  Let me flip the politics of the current BDS controversy and provide an example from Columbia Law School, where I work.  Over the last year the Law School’s Center for Israeli Legal Studies has sponsored a series of talks, supported with law school funding and often cosponsored by the Law School Dean’s “Faculty-Student Intellectual Life Series,” such as: Israeli Ambassador to the U.S. Michael Oren, Israeli Ambassador to the United Nations Ron Prosor, and retired General of the Israeli Army Gabi Ashkenazi.  Each of these speakers have provided full-throated defenses of Israeli state policy without providing “the other side” an opportunity to offer “balance.”   So, when Israeli Ambassador to the United Nations Ron Prosor speaks at Columbia Law School on February 10th, there will not be a co-panelist who will offer a critique of Israeli settlement policy, recently found by a fact-finding mission of the United Nations Human Rights Council to amount to a gross violation of International Humanitarian Law which could be prosecuted in the International Criminal Court.  Nor will anyone on the panel take Ambassador Prosor to task for Israel’s unprecedented decision last month to became the first country to withhold cooperation from a United Nations review of its human rights practices.  When Israeli Ambassador to the U.S. Michael Oren spoke at the Law School last spring and touted Israel’s pro-gay civil rights record, there was no panelist who could provide “balance” by challenging his frequent efforts to “pinkwash” Israel’s much-criticized human rights abuses in Gaza and the West Bank, or the misinformation that he frequently recirculates that Israel provides asylum to persecuted lesbian and gay Palestinians.

Meanwhile, when students and faculty at the Law School organize events that highlight questions of rights in Palestine, the Dean’s Chief of Staff responds that “just for your information there is no ‘Palestine’!  Not a state, not any kind of country or political entity!” “How can we have Palestine in the title? I didn’t think there is a legal entity called ‘Palestine’?”

I raise these examples from Columbia in the context of unpacking the alleged impropriety of the Brooklyn College BDS forum merely to illustrate that it is commonplace for academic departments to sponsor speakers who will discuss hotly contested political issues, often without any effort to “balance” their viewpoints.  While I may at times lament how often I feel as if I teach at the New York franchise of Hebrew University Law School, I do not try to censor events that give voice to viewpoints I oppose, just as I expect the freedom to organize events offering viewpoints that others might oppose.  That’s what it means to be part of an academic community, and I might add, part of a democracy.  Our disagreements may be around Israeli or Palestinian rights, the Obama Administration’s defense of drone killings, religion-based objections to the Affordable Care Act’s mandate that health insurance plans cover contraception, under-regulation of credit default swaps, or the role of victim impact statements in criminal sentencing.  All of these are hotly debated topics that have received an audience at Columbia Law School without providing so-called “balance.”   “Balanced debates” have a long and revered history in universities, but more frequently we hold events for the community that provide one perspective on the issue, only to hear another view later when another talk on the topic is organized.

The outsized reaction to the Brooklyn College BDS forum signals, to my mind, how effective the BDS movement has become – so much so that the other side must resort to scare tactics, misinformation and down-right lying to shut down discussion of the thinking behind those who have come to endorse BDS as a tactic to gain justice and democracy in Israel/Palestine.   Rather than giving voice to hatred, these forums aim to explain what motivated a turn to boycott, divestment and sanctions explicitly as a peaceful alternative to more violent measures, in order to challenge the practices of the state of Israel, practices that a majority of experts agree make a mockery of international humanitarian law, international human rights law, notions of democratic legitimacy, and perhaps most ironically long-standing Jewish values and philosophy, as Judith Butler so persuasively argues in her new book Parting Ways: Jewishness and the Critique of Zionism.

Brava to Brooklyn College’s Karen Gould for standing up to the bullies of ignorance and hate, bravo to Paisley Currah the Chair of the College’s Political Science Department for withstanding overwhelming pressure to withdraw sponsorship of the event, and kudos to the Brooklyn College chapter of Students for Justice in Palestine for organizing the event to educate their community on this powerful and controversial political and intellectual issue. 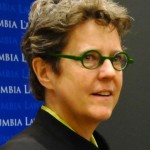 Katherine Franke is the Isidor and Seville Sulzbacher Professor of Law, and Director of the Center for Gender & Sexuality Law at Columbia Law School.  Follow her on the Gender and Sexuality Law Blog.

Related ItemsBDSBrooklyn CollegeIsraelJudith ButlerPaisely CurrahPalestine
← Previous Story Transit Violations: Locating the ‘Bus Rape’ in L.A. and Other Public Geographies of Violence
Next Story → Yes, brotha—come GET me!: A Black Feminist’s (Late) Response to Think Like a Man