Transit Violations: Locating the ‘Bus Rape’ in L.A. and Other Public Geographies of Violence – The Feminist Wire

Transit Violations: Locating the ‘Bus Rape’ in L.A. and Other Public Geographies of Violence

By Guest Contributor on February 8, 2013 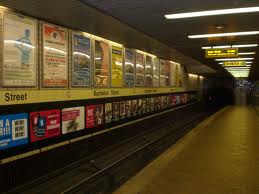 I began writing this piece in late November 2012, but even in the process of returning to it and revising, reports of rapes and assaults on subways and buses have multiplied. But because public space/ transit has been so terribly pathologized–deemed overused by the chronically poor, the infantile, the black, and the alien–it becomes at once inevitable that these violent acts would have occurred, and at the same time conceivable that they are separate, isolated, rarefied tragedies.

On January 15th a woman was brutally assaulted on the platform of a Philadelphia subway station, after which she was dragged by her legs and cast onto the train tracks by her assailant. Media coverage of the assault reminds us that the violence was “unprovoked,” and that the assailant likely has a mental illness.

On December 27th Erica Menendez pushed a man into the path of a New York city train consequently causing his death. Menendez claimed that her rage at the victim had to do with her hatred of “Hindus and Muslims.” As sad as I am about the death of her victim, I was also greatly saddened when I read that, on the day of the murder, Menendez admitted that she was homeless and hungry.

It is likely that most of us have read also about the death of Ki-Suk Han who died after being pushed onto a subway track in Times Square on December 3rd. Naeem Davis, who confessed to pushing Han from the subway platform, has been referred to as a “homeless drifter,” a “fiend,” a “jihadi,” a “strapping brute.”

In every instance race, transiency, and dissociation, along with the dubiousness of the underground, somehow wind up making these tragic incidents plausible to the reading public. And, while all of these cases have been linked to one another, they have been curiously disconnected from the violence that has occurred in the same time period on public buses.

As a working-class woman who is transit-dependent and also critically attendant to the relationship between race, class, gender and transportation, I was especially disturbed when I read a brief article in the Los Angeles Times about the rape of a young woman in L.A. on November 7, 2012. The report of the rape was, at least initially, so matter of fact and seemingly minimal in comparison to the coverage of the violence that I talked about a moment ago. Whereas the subway attacks are often suggested to be the results of mental health diseases, the L.A. “bus rape” was presented as a tragic, though coincidental, encounter.

I do not want to abstract this act of sexual violence from the others that have been reported throughout the Global South– the gang rape of women on public buses in India and Mexico in particular. But I think that there is a specificity to the ways in which the rape in L.A. has been described that exposes some problematic and overlapping cultural logics about race, class, gender, ability and public space. I culled the following factoids from reading several online news sources, including Huffington Post, Los Angeles Times, Fox News, New York Daily News and other media syndicates, several of which credit the article to the AP: 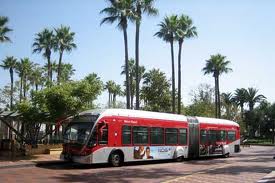 I don’t know the racial identity/identities of the victim but I wonder if the fact that the bus is frequently inhabited by women (and for that matter women of color), is what made it such an ‘opportunistic’ site for a rape to occur. Or perhaps it was the victim’s frequently referenced (across all reportage of the rape) mental capacity, her supposedly childlike state, that makes her more understandable as a victim.

Huffington Post in particular noted that the woman “did not scream for help.” Perhaps it was not shock and fear but her “mental capacity” that made her unable to scream, or made her invisible to fellow passengers? Maybe her protest should have been audible, more audible than the sound of the bus engine or any other ambient sounds that are present during bus travel. And then there is the suspect, Kerry Trotter, whose granulated image has been widely circulated along with any coverage of the rape. We recognize him without actually seeing him. We know Trotter through his association with “rock cocaine” (versus the designer version of the drug), his youth (and in effect his truancy), and his lack of unemployment (on account of his inherent unemployability). If we assemble all of these things, then we can think of this event as a crime of opportunity, simply a tragic incident that was somewhat inevitable given the type of victim, the type of assailant and the type of location in which the crime occurred.

I wonder how many women ride public transit in L.A. (and other cities) every day unseen and how many of them have been unable to tell of the sexual violence and harassment that women endure– frequently–in their everyday lives on the way to work, home, school, on buses, on trains, on platforms, at bus stops. I wonder how many unwanted touches, stares and other bodily infringements have been recorded by the surveillance fixtures and archived for display only when such an incident becomes sensationalized.

Instead of rendering the L.A. “bus rape” a singular shocking act by a hyper-sexualized black criminal upon an “incompetent” woman in a precarious public space, it would be helpful to deconstruct the cultural narratives that make it possible to comprehend such a crime. For example, you would have to adhere to ableist thought in order to believe that a woman who self-reported a sexual assault is “incompetent,” and to believe that this is more heinous than any other rape precisely because of her supposed lack of competency, her infantilism. It does another sort of violence when we parse out victims based on levels of perceived competency, in effect rendering other sexual crimes less abhorrent.

Taken together, then, the sexual assaults that have occurred on public buses (whether in Los Angeles, India and Mexico) should compel more dialogue and action around creating publicly safe spaces for women that don’t rely on the surveillance and management of the very people who make use of those spaces most frequently. Indeed, it is imperative to locate these sexual assaults within a broader frame of public violence and to consider them in relation to the subway attacks of the last few months.

All of these acts, these transit violations, are profane infringements upon people’s bodily integrity and they have all taken place in interstitial (quasi-) public spaces. I’m hoping that if we can start to site/cite these transit violations that we can reflect and remedy the attendant cultural narratives that make such incidents possible. But how do we do so and what is to be done? I want to conclude with a few ways that we might further the critical dialogues that are beginning to happen around public geographies of violence (sexual and otherwise): 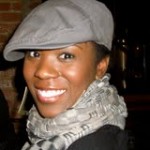 Asha Best lives in Newark, NJ but frequents the city of Los Angeles. She is A.B.D. in American Studies at Rutgers University. Her dissertation project explores race, ethnicity, and everyday practices of movement and circulation by looking at how working class immigrant women navigate racially and spatially segregated cityscapes. She is particularly interested in how domestic workers use public transit in their everyday lives to traverse the borders of the racially and spatially segregated city-suburbs of Los Angeles, a city where non-privatized mobilities are acutely racialized and surveilled

Related Items
← Previous Story Olivia Pope and the Scandal of Representation
Next Story → Op-Ed: Lessons From Brooklyn College: A Victory For BDS, Academic Freedom, and the Vanquishing of Bullies