Yes, I Do Look Like A Lawyer – The Feminist Wire

Home / Culture / Yes, I Do Look Like A Lawyer

I have been an attorney for six years.  Nonetheless, when I tell someone what I do, too often I hear this comment: “You don’t look like a lawyer.”  Though perhaps meant as a compliment, remarks like this reflect, and therefore perpetuate, the stereotype that women do not belong in traditionally male-dominated fields.

Let me offer a quick physical description of myself: female, Filipino-American, and I usually wear my shoulder-length hair down.

For the sake of comparison, here’s a description of the Chief Justice of California’s Supreme Court: female, Filipino-American, and she usually wears her shoulder-length hair down.

The fact is, women are graduating from law schools and entering firms at nearly the same rate as men. And this trend is nothing new; women have made up 40 to 50 percent of law school graduating classes for over 25 years.

Recently, I stopped considering people’s disbelief at my profession as a compliment and started asking them why they were asking. What is it about me that does not strike them as lawyerly? Engaging people in these conversations has led to fruitful dialogue at best, and forced changes of subject at worst, but it beats faking a smile. After all, I did not spend three years of my life and over a hundred thousand dollars to obtain a law degree in order to not look like a lawyer.

A study published last year by Loyola University Chicago’s Department of Psychology explored the unexpectedly positive consequences of confronting sexist assumptions. In that study, mixed-gender pairs were asked to solve ethical dilemmas. One such dilemma involved a nurse who discovers that a patient received tainted blood. Female partners were instructed beforehand to confront their partners either for sexism (e.g., assuming the nurse was female) or on gender-neutral grounds (e.g., disagreeing with the male’s proposed solution). Men who were confronted for sexist comments attempted to compensate for their remarks by apologizing or demonstrating that they were engaged in the interaction by leaning forward or gesturing more frequently. More importantly, the majority of men confronted reported a more cordial relationship with their partner than did men who were not so confronted. The authors of the study noted:

“If [a man who is challenged after expressing a sexist statement] is motivated to be liked by the confronter, or wishes to present a non-prejudiced image, then he will likely compensate in response to confrontation and change his future behavior.”

Women have made great strides in previously male-dominated fields. Nearly half of all new lawyers and doctors are women. Unfortunately, public perception of these fields has not progressed in similar fashion.

It’s time to speak up. 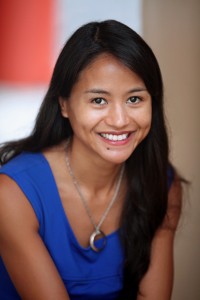 Maria Angela Johnson is a litigator in private practice with a passion for human rights law. She has worked with AsylumAccess, the Midwest Immigrant and Human Rights Center’s Anti-Trafficking Project, and Northwestern Law School’s Juvenile Asylum and Refugee Clinic. Angela currently volunteers with Kids in Need of Defense, helping unaccompanied minors obtain legal status. Angela writes for Ms. Magazine Blog and has been published in the Seattle Journal for Social Justice and Women Lawyer’s Journal. She was also featured in The Rumpus’s Funny Women column in October 2012. In her spare time, Angela enjoys yoga, running, camping, travel, playing ukulele, baking pies, drawing, hanging out with her husband, and walking her dog.