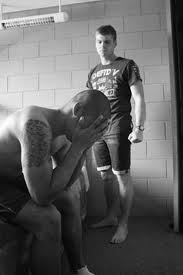 Here are the words of an abuse survivor, taken from the website of a support organization:  “I told him I didn’t want this to happen and he punched me in the face. And, he asked how it felt to know I was going to die. He went on to talk about how he was going to kill me – with his knife or maybe his gun. But first he was going to rape me.”  This is a horrifying and all too common story of domestic abuse—with one major difference that may be a surprise to many. This encounter was between two gay men, once partners, now assaulter and victim.

The story is one of the many testimonies on the website of The Gay Men’s Domestic Violence Project, a grass-roots organization created by gay men that offers support and resources to gay male victims of domestic violence. It is the only organization of its kind in the United States, hardly enough to address a problem that exists, but is largely hidden, nationwide. In my own research, which has involved talking with over 100 survivors of violence in the past 2 years alone, many gay men have told me reports of being turned away from shelters that either didn’t take men, or worse, did not accept gay men. A review of the websites of the primary anti-domestic violence organizations including the leading one, the National Coalition against Domestic Violence – reveals an interesting omission. Images are almost exclusively of women, and the focus is on a heterosexual model of male perpetrator and female victim. Raising awareness of domestic violence can lead to shifts in public attitudes, policy change and the targeting of research dollars. Yet, why are gay male couples largely excluded from domestic violence prevention efforts? 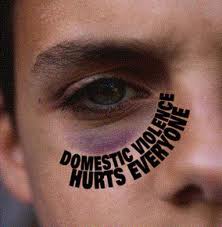 If the problem is so prevalent, then why is there so little funding for research on the issue? Some of the omission may stem from discrimination against the LGBT community, and more specifically, against same-sex couples. Republican senators fought Democrats over expanding the Violence against Women Act (VAWA) because the new version would extend the law to cover same-sex relationships. Janice Shaw Crouse of Concerned Women for America – a conservative group promoting Biblical values and “traditional” families – claimed that gays cannot maintain long term relationships — usually terminating them after just a year and a half (a figure that has no grounding in actual data). This skewed view of reality has prevented same-sex couples from receiving the same resources as heterosexuals, and has stopped same-sex couples from being included in the public discourse over domestic violence.

This structural discrimination also adds to the levels of violence among gay male couples. Exposure to homophobia may manifest itself as violence in relationships.  In recent years my research has shown that gay male victims of violence are more likely to be exposed to risk of HIV transmission through inability to negotiate condom use with their partners, and the risky sexual behavior of their male perpetrators. Given that gay men are the only risk group to see an increase in HIV incidence in recent years; domestic violence marks a considerable risk factor for HIV acquisition. Yet this hasn’t translated to an inclusion of gay men in the awareness raising campaigns around domestic violence nor to the funding of prevention efforts targeted specifically to gay men.

True, the volume of female victims is far greater than that of gay male victims, and it is not my intention to suggest that female victims of violence do not deserve our attention. Domestic violence in heterosexual relationships is shaped by hetero-patriarchy, in which opportunities for economic and social advancement continuously favor males, strengthening the perception of men as being in positions of control in relationships: violence acts as the ultimate form of control. This is supported by traditional gender scripts that fashion men into powerful roles, and subjugate women as submissive. In same-sex relationships such power dynamics are equally as potent: differences in resources and education may place one person in a position of power over the other. As we (very) gradually move towards marriage equity it is increasingly important that we recognize that same-sex relationships are similar to those of heterosexuals, and this sadly means that they may also include domestic violence.

There is evidence of change: October was Domestic Violence Month and it brought this Presidential Proclamation: “domestic violence affects people regardless of …sexual orientation.” But there is much more work to be done. A simple step would be to diversify the images used to raise awareness of domestic violence victims to include male couples. But structural changes are needed too. Greater funding targeted towards understanding the triggers of violence in gay male relationships, funding for prevention efforts – including shelters – to adapt to meet the needs of gay men, and support for advocacy and resource groups – like the GMDVP – that provide support to men who are otherwise largely ignored by current prevention efforts. 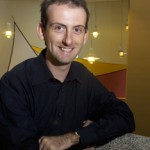 Rob Stephenson is a Public Voices Fellow with The OpEd Project. He is also an Associate Professor of Global Health at Emory University and an expert in HIV and sexual behavior among gay men.

Related Itemsdomestic violencegay domestic violenceintimate partner violence
← Previous Story “Can I Have Another Snack?” The Trials and Tribulations of Parents and Food
Next Story → Savita Halappanavar’s Bell Tolls for All Women