Home / Politics / Voting as an Act of Reckoning with Communal Obligations

Voting as an Act of Reckoning with Communal Obligations 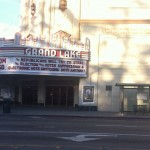 I grew up in South Texas listening to startling accounts of Mexican Americans robbed of their right to vote by power holders so threatened by the democratic impulse of brown and black communities that they resorted to the politics of violence, repression and intimidation.  I vote every election to honor the memory of black and brown people like my grandmother Angelita whose right to vote hinged on paying a poll tax, passing a literacy test, and in many cases, losing a job.  I vote in solidarity with workers denied time off to exercise their right to vote; farmworkers forced to work longer hours on Election Day; and civil rights workers hounded for registering people to vote. In this sense, voting is an act of reckoning with communal obligations and duties.

I vote because the Jaime Crow tactics of the pre-Voting Rights Act era remain with us to this day, as the recent misprinting of the voting date on Spanish-language ballots and bookmarks by the Maricopa County Election Department in Arizona reminded us this month.  In the context of voter repression, voting is undoubtedly a subversive and “radical act,” in the words TFW contributors Isaiah M. Wooden and Darnell L. Moore.  But the act of voting is only half of the electoral equation.  One does not simply vote just to exercise the right; the act involves voting for someone or something, and it is precisely the “who” and “what” which engenders radical ambivalence and reluctance for electoral politics.

I must confess.  I have the extraordinary privilege of living in Oakland California, the home of Congresswoman Barbara Lee, Representative for District 13 and the sole member in the U.S. Congress who voted against the Afghanistan War in 2001.  This November I will vote again for Barbara Lee, with wholehearted enthusiasm and without any reservations.  In the race for President, I feel much more ambivalent.

Yes, I am one of those vexed Progressives who agrees that President Obama’s re-election matters for women’s rights and health rights; for sexual rights and for the deferred deportation of 1.7 million young undocumented immigrants; for the future federal judiciary and Supreme Court; for state funding of education, public television, radio, and the arts; for the voting rights of disenfranchised communities.  These are no small matters.  But what about the other matters that Progressives like me care about?

Will President Obama’s re-election matter for social inequalities, for plight of the underemployed and unemployed, for climate change, militarism and the unequal distribution of earth resources?   Will a Democratic President curtail the growth of the carceral state and the disproportionate incarceration of black and brown men?  Will he close the Guantanamo Bay Detention Camp and stop the use of drones in extrajudicial executions of those deemed “terrorist suspects?”  Will he rescind his signature of The National Defense Authorization Act, which allows for the indefinite detention of U.S. citizens?   Will he promote transparency and due process for persons imprisoned as “enemy combatants” in the endless war against terror, or in the war against undocumented immigrants, whose deportation and detention tops the record of any previous administration?  Will he reverse the policy of denying Affordable Care Act coverage to the Dreamers? Does a second-term for President Obama mean that Bush Administration officials will finally be prosecuted for war crimes like torture?  Will he prosecute the crimes of Wall Street executives responsible for the greatest global recession since the Great Depression? Will President Obama stop funding of Latin America’s so-called “Drug Wars” that have claimed the lives of 60,000 people in Mexico, including many human rights defenders, and hundreds more in Guatemala, Colombia and Honduras? This time around, will President Obama support Palestine’s petition for member-state status in the United Nations?

I realize that state power does not reside solely in an individual like the President just as struggles for social justice involve collective organizing, strategizing and mobilizing from the bottom up. These are questions that must be posed on behalf of a progressive agenda; they complicate the commitment to voting.  Yet our expectations that President Obama can deliver must not diminish our resolve or commitment to their realization.  Irrespective of who wins the Presidential elections, progressives will continue democratic projects for social justice and equality because too much is at stake for the future of this country and for the future of the planet.

I remember that human rights, like the right to vote, entail communal duties and obligations, just as it is written on the note-card I keep by my desk, the words of indigenous activist Rigoberta Menchú Tum: “To speak when everyone else is silent, to see when everyone else keeps their eyes covered, to listen when everyone else prefers to hide in the swelling multitudes whose shouts drown out the cries of the victims; this is the greatest challenge to those of us, women and men, living in difficult times.”

To my daughter, Xochitl M. Perales, for her insights

Related Itemselectoral politicsJaime Crow TexasPoliticsvoting
← Previous Story A Response to "Voting as a Radical Act": A Word on the Shade of Shade…
Next Story → He’s Not the One We’ve Been Waiting For: Thoughts on Collective Effervescence, Stockholm Syndrome, Reluctant Voting, and Reclaiming “We”