Queer the Vote – The Feminist Wire

In first grade, my teacher asked, “Do you know who your parents are voting for?” I announced to my peers that my parents supported George Bush Senior. “Personally, I like the other guy,” I added. Bill Clinton seemed so much more hip. He played the saxophone. 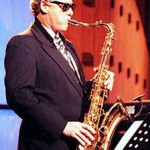 While I knew nothing about politics, I knew I didn’t agree with my parents. My father was abusive—an alcoholic, patriarchal, racist, and conservative. My mother believed no woman should ever be President, because a female President would, she believed, go to war with other countries when menstruating. In time, I came to resent my parents’ beliefs, and I vowed that one day I would vote against this kind of conservatism.

Not too many years later in Asheville, North Carolina I came to terms with a drinking problem of my own and got sober through Alcoholics Anonymous. In my sobriety, I began therapy, and my feminism and the beginnings of my queer identity emerged in the process of healing. This new personal awareness, for me, quickly evolved into political activism. I started a local LGBTQ advocacy group Just Us For All when I was twenty-four years old. We didn’t really know what we wanted to do, but we knew there was a lot of fragmentation within the LGBTQ community in terms of race, age, identity, and political ideas. In the beginning, we wanted to create visibility for those that hadn’t received much of it in our community. My politics were “liberal” marked by undertones of Christianity theology, ideas I learned in AA.

As a queer runaway youth, I had wondered how much my vote mattered, but casting a ballot was liberating to me. By the time I founded Just Us For All, I loved politics and thought anybody could change anything through legislation and working with local and national governments. At the same time, I sensed I was under a microscope of many of my peers in the younger and more radical queer community and was often wounded by critique and judgment for my organizing efforts. Within a few months of starting JUFA though, I came out as trans and my life started shifting in a new direction. AA did not seem like an accepting place anymore. I felt misunderstood and invisible to the older and more “normative” gay and lesbian community. I continued to become more and more educated on privilege and identity, and I increasingly found solace in radical politics, zines, feminist blogs, and workshops. Gloria Steinem said it best, “The truth will set you free but first, it will piss you off.” The truth I gradually discovered was that many people’s needs were not being met through conventional politics. It became clear to me how invisible a majority of Americans and their issues truly are. 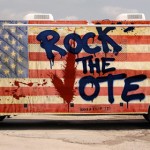 When it came to the presidential election this year I declared that I was not voting. I wanted nothing to do with a system that oppressed so many. This, I decided, would be the first election of any kind that I didn’t vote in since I was eighteen years old. But I kept wrestling with the idea of not voting. I grew up in the nineties, and every time I articulated my decision to not vote, MTV’s ROCK THE VOTE came to mind. I blamed this nostalgia—memories of neon lights and Kurt Loder’s voice—on the institutionalization of mainstream media. As a child who was neglected and left to raise my younger siblings relief came from the television quite often for me. Rock The gave me optimism and education. These memories forced me to look at how and why I decided to become a non voter, especially given how powerful voting had been to me at other points in my life.. I wondered if there was a place beyond the criticism that all politicians are evil and the cliché that it is our duty as Americans to choose the lesser of two evils. Oddly enough, Rock The Vote ignited some strong internal dialogue around my politics.

My process led to these conclusions:

It is often the case that as a trans masculine feminist I feel unsupported in the world. Occasionally, it’s much easier to opt out of so many aspects of society. But I also recognize my privilege as an educated, queer, white person who is immersed in a radical and mostly white queer community. I feel as if opposing voting due to radical political ideology is a kind of privilege. To be able to articulate anger in this political scenario is privilege. I am just as privileged as I am oppressed if I can decide to resist voting. I am not entirely convinced that voting works, but I am also convinced that doesn’t hurt anything to cast a ballot. Finding a happy balance between mainstream politics and my radical ideas is something that can potentially benefit a wider range of people rather than simply fulfill my need to react.

I’m a firm believer in queering spaces. So, why not queer the ballot drop box? This is why I have decided to vote for Barack Obama this election. 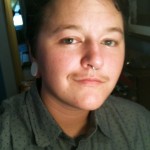 Samuel “Basil” Soper is a trans activist from Asheville, NC. They run a queer advocacy group (www.justusforall.org) and they have too many cats.

Related ItemsCulturePoliticsU.S.U.S. Politics
← Previous Story What Does Democracy Look Like?
Next Story → My First Vote