Princess Sofia and Barack Obama: Why I Must Choose Accordingly – The Feminist Wire

Home / Culture / Princess Sofia and Barack Obama: Why I Must Choose Accordingly

Princess Sofia and Barack Obama: Why I Must Choose Accordingly

By Nicole Guidotti-Hernández on October 23, 2012

For the students enrolled in Latino/a Pop at UT Austin, Fall 2012.

Is it a coincidence that Disney launched the promotional campaign for its first Hispanic Princess Sofia weeks before the 2012 Presidential election? Maybe. But I can’t help but ponder the larger implications of thinking through “Hispanic” activists being “pissed” about the new Disney princess not debuting in a feature film without linking it to Obama’s fluctuating position on immigration.2 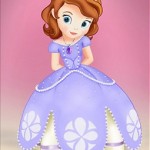 In a time of crisis, where numerous Latino children and their families are targets for deportation and criminalized for their brown skin, Princess Sofia is a distraction.  Historically speaking, Sofia might be Disney’s first princess, but there are other famous and royals and Sofias who carry Hispanic herencia, including Sofía, current Reina de España and Sofía Vergara, Columbian comedienne, reina of ABC’s Modern Family, and how could we forget the reina of Tejano music, Selena as a part of this amalgam. Thus, we might read Disney’s Princess Sofia as a intertextual citation of these three reinas, and a means of creating a Diva figure for Latina/o youth to emulate and identify with. 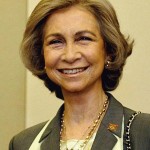 As scholar Deborah Paredez has noted about youth who perform the Latina Diva’s legacy through song and affect, “donning the outfit of a diva…harnesses the power of Selena’s embodiment of becoming to convey her own non-traditional, non-white budding sexuality.”3 But here’s the hitch with Princess Sofia’s Diva pose: instead of proposing brown skin as a positive, and potentially boundary-breaking figure that disrupts normativity, her whiteness and accidental Princessness (she’s adopted and saved by a royal family) recapitulate to the original and somewhat false signification of whiteness associated with la reinaSofía and España and not necessarily the other versions of being a queen posed by Vergara and Selena. 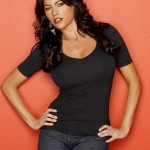 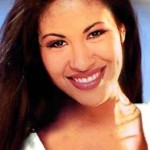 By now you know that I too, have been distracted by Princess Sofía, but I am not outraged. I understand that Disney knows that “12% of Hispanic families [have] yearly earnings of $75,000 to $100,000 annually.”4 I am also very conscious of the fact that more that 82% Latino/as in the U.S. are bilingual.5 My sense is that marketers for Disney did their homework, knowing the premium of whiteness in telenovelas, in advertising, and in the United States and Latin America more broadly.6 Princess Sofía exemplifies the ways that we fail to deal with the histories of slavery and deportation, of excluded populations in the Americas. And this is where I come back to the election and Barack Obama. 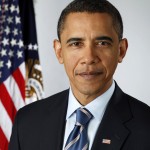 There’s no question that I will be voting for Obama in this election, but I cannot cover up the fact that under his watch the U.S. deported more than double that of the Bush administration in a few short years in office.”7 This is particularly alarming since Obama promised comprehensive immigration reform as part of his 2008 campaign platform. But we cannot forget that Obama inherited a country that was riddled by a 6-year debt that started with military spending in the War on terror. In my office last week, one of my students remarked, “I have grown up in a time when the U.S. has been in a perpetual state of war and no one talks about it. It’s weird. I know that I am a child of war but we don’t see that war.” This young man’s statement crystalizes the hidden and subtle undertow of our economic woes: imperialism is costly, “not here,” and yet haunts our daily lives, most notably the President’s. As I see it, he had to choose between saving the domestic economy, cleaning up an inherited mess in a war far away, and immigration reform. Immigration reform and the undocumented lost out.

The Deferred Action For Childhood Arrivals plan is for youth who

This was a stopgap measure and critics claim that it was a means of appeasing Latino/a voters as a population that can swing the election in Obama’s favor. But in light of Romney’s recent antics in strategically browning his skin for a Univision interview, referring to undocumented populations as illegals and criminals, and using his son Craig Romney as the Spanish speaking mouth-piece of his campaign, Obama’s temporary solution is rather sincere. It grants eligible youth a sense of stability and hope so that their experience of growing up in the U.S. and being socialized as “an American” may mean something. It is a symbolic act of recognizing that Latinos/as of all races, colors, and classes matter to his political agenda and the future of this nation whether we are immigrants or seventh generation. Nobody is perfect, not me, not Romney, not Obama, and certainly not Princess Sofía. The trick is not to get distracted, and that’s why I have that Obama sticker on my car, and not a Princess Sofía sticker.

I use the word Hispanic reluctantly in this essay as a reflection of current debates about terminology and legacies of the U.S. Census boxes. My preferred term is Latino/a and I use it in this piece to reflect my own preference in identifying a heterogeneous population made up of many social classes and national identities. This blog is strictly the opinion of the author and should not be construed as position represented by her employer or anyone else, for that matter.

5. Morales-Neufield and Stevens “The Importance of Brand Value to the U.S. Hispanic Market” 3.

Related ItemsCultureImmigrationPoliticsRacial PoliticsU.S.U.S. Politics
← Previous Story Because Women Matter
Next Story → What Does Democracy Look Like?