Because Women Matter – The Feminist Wire

For several weeks now, I’ve been posting to Facebook articles about women’s reproductive health, and in particular the Romney campaign’s misogynist disregard for crucial aspects of women’s lives. I’ve taken to adding the tagline “because women matter” to my posts. Perhaps more than any election in recent memory, this one hinges on what pundits call “the women’s vote.” And while I’ve never been a single-issue voter, this election, for me, is all about securing health and reproductive rights for all women. This means the right to choose (birth control, abortion, motherhood), the right to health care, a cleaner environment, jobs, and support for families and children. 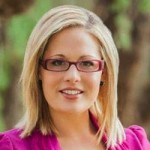 From that perspective, the choice is crystal clear. I support our President and hope fervently that he wins another term. The alternative is too nauseating to contemplate (binders full of women, anyone, or defunding Planned Parenthood?). Locally, I support candidates who are pro-women’s health, most notably at the local level Richard Carmona, who is running for the U.S. Senate from Arizona. I’ve also supported women candidates across the U.S. through Emily’s List and directly. A couple of my favorites are Kyrsten Sinema, for whom we hosted a house party in Phoenix, and my friend Shelli Yoder in Indiana. Both are running strong for U.S. Congress and both will make a clear difference if elected.

As I write this essay, I’ve already voted. We vote early in Arizona, and I spent 90 minutes one day last week coloring in the little circles on my ballot with black ink. We have several propositions to vote for or against in Arizona (including a grab by the State of Arizona to declare sovereignty over Federal land, air, and water within the state’s boundaries), and I had to read up on each and every one. We also vote to retain or dismiss sitting judges, so I carefully perused the judicial review site. And of course, there are numerous local offices that need filling. Here in Tucson, we even have an elected constable.

As a teacher of undergraduates, I have often heard my students remark on how futile voting is given that “the system is rigged” or “we’re stuck with only two parties, so why bother?” I’ve heard progressive colleagues express similar views when they seek to “tune out” negative statements by candidates, suggesting that “one candidate is as good as any other.” I disagree with these views. While both major national parties and many local campaigns engage in ugly discourse, I’d rather pay attention to actions and consequences, to what our elected officials do. When one President uses his first day in office to reinstate Federal funding for international family planning, and the other uses his first day in office to defund such efforts, the choice is clear. 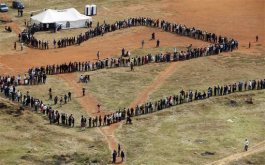 I vote because I care about the issues of our time, especially women’s issues, and I vote because women in the United States laid their lives on the line to secure my right to do so. As the powerful film Iron Jawed Angels documents, these women were assaulted, arrested, and force-fed for their actions. I vote because in the early decades of our nation, women and people of color could not vote and thus did not have representation. I vote because I want to set a good example for my daughters. I vote, too, because South African Blacks risked life and limb, and hours upon hours standing in line, to cast their first votes after Apartheid. I vote because I believe in democracy-the-process, even if Democracy-the-system sometimes (maybe often) doesn’t work. I vote because although I am now firmly lodged in the middle class (at least until the next major recession), I grew up in a blue-collar union family, and the importance of jobs to people who work for a living cannot be overstated.

At the same time, I am acutely aware of my extraordinary privilege in voting as I do. Especially the privilege to live in a country—however imperfect it may be—in which I can vote without risking my life or my children’s lives. My race and class privilege protect me from ongoing structural efforts to suppress voting; and so I work through other means to challenge these suppression efforts by powerful interests afraid of many people’s votes. I am also aware of my economic privilege when I write checks at fundraisers for candidates such as Dr. Carmona or make online donations. I’ve given almost $1,500 this year to various candidates, and while this is micro-giving compared to Super PACs and the wealthy, it’s still far more than most people can contribute. 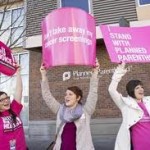 Is voting the only way I work to change the world? Of course not. It may not even be the most significant thing I do. I also teach young people, I protest government and corporate actions, I strive to raise my children well, and I speak out. I edit and write for The Feminist Wire and I co-edit TRIVIA: Voices of Feminism. I believe I’m a good ally against racism, homophobia, and imperialism, and when I am not, I trust that my collaborators will set me straight. I serve my community, too; I’m on the Board of Planned Parenthood Arizona and I donate regularly to PPAZ as well as to National Advocates for Pregnant Women. I’m guided in all of this work by my core belief that the four most beautiful words in the English language just may be, “How can I help?”