In Praise of the Never Straight: Cheryl Clarke – The Feminist Wire

Home / Culture / In Praise of the Never Straight: Cheryl Clarke

In Praise of the Never Straight: Cheryl Clarke 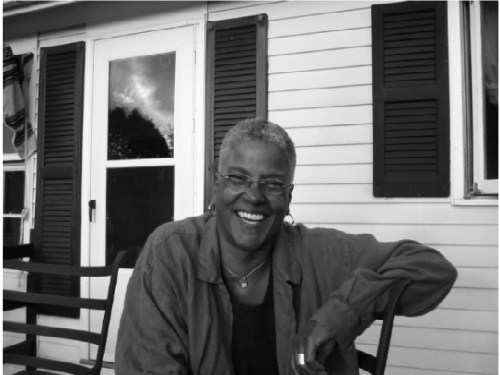 In 1982, Black Lesbian Feminist Poet and Scholar Cheryl Clarke wrote a letter to her fellow Black Feminist Poet June Jordan:  “No there is nothing wrong with your eyes,” she reassured her colleague and collaborator, “my letterhead is indeed crooked.”

June Jordan saved this letter and I found it almost three decades later in Jordan’s papers at the Schlessinger Archive at Harvard University.  Crooked, indeed.  Cheryl Clarke’s life and work offer an enduring rejection of straightness and a constant reorientation to alternative space. As a poet, scholar of the Black Arts Movement, activist who attended Black Feminist Retreats from 1977 to 1980 organized initially by Barbara Smith and other black feminists who had been members of the Combahee River Collective, editor at Conditions (a key lesbian feminist literary journal) for many years, a Rutgers University administrator providing safe space for LGBTQ students, a member of the Newark Pride Alliance  board since 2009 (six years after its founding in 2003 in the wake of the murder of Sakia Gunn and is now focused on queer youth of color in Newark), and most recently co-owner of an independent bookstore, there may not be any pieces of a movement for liberation that we can participate in without somehow finding ourselves in the legacy of Cheryl Clarke.  The question that Cheryl Clarke’s ongoing gumption continues to ask us is how loudly and proudly will we do what we do.

In fact, in this same crooked letter, Cheryl Clarke critically asks June Jordan why she does not identify as a lesbian, an identity marker Clarke claimed proudly and, in fact, redefined.  In an essay she wrote the next year she explained:

As a queer black identified woman, Cheryl Clarke is one of the reasons why I feel nothing but pride when people call me a lesbian. She gives audacious, specific, and loving definition to a term that (if left in the hands of the less inventive) would merely conjure up images of herbal tea and cats. And Cheryl has not gotten less audacious or inventive in the decades that have passed since the 70’s and 80’s. In fact, more recently in a 2005 response to the mostly white male-led marriage equality agenda, she controversially reminded our movement of its history saying:

“I am calling upon bulldaggers, dykes, faggots, feminist femmes, fierce sissies, and other outrageous progressive queers to have a major multicultural sexual liberation confabulation to take our movement back from liberals. Because marriage equality with its rhetoric of sameness is not why we came out of the closet in 1969 or before. We came out to dismantle marriage as an institution.”

Exactly one year from now (Oct. 4-5, 2013) at a historic gathering called “Cheryl Clarke: A Future Retrospective” we will gather to remind ourselves where we come from and the boldness with which we must move forward. Conveners Cheryl Clarke, Steven Fullwood, Darnell L. Moore, and I invite you to converge at Rutgers University in New Brunswick, New Jersey so that we as activists, editors, artists, bookstore owners, scholars, performers, mentors, mentees, publishers, bulldaggers, dykes, faggots, feminist femmes, fierce sissies, outrageous progressive queers,  and everyone else we boldly are can honor this visionary in our movement and remind ourselves and each other what a lifetime of badass brilliance feels like!

Related ItemsCheryl Clarke
← Previous Story "Praying Away the Gay" Gets the Smackdown
Next Story → Andrea Plaid, Associate Editor of Racialicious: The TFW Interview