What Is The Ethnic Council? Eliding Racism at the DNC – The Feminist Wire

Home / Politics / What Is The Ethnic Council? Eliding Racism at the DNC

What Is The Ethnic Council? Eliding Racism at the DNC

By Heather Laine Talley on September 6, 2012 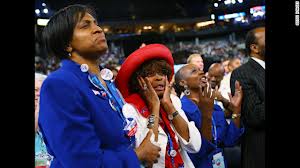 Wednesday morning, a line formed through the Charlotte Convention Center as delegates, community members, and media waited to enter the African American Caucus to hear First Lady Michelle Obama, among others, echo her remarks from her Tuesday night keynote. Not far away, the Hispanic Caucus and Asian American Pacific Islander Caucus also gathered. At the same time, another albeit significantly smaller group, the DNC Ethnic Council, congregated. Unlike other caucuses and councils, based on its name it is not immediately clear what the Ethnic Council is or who it represents. The general purpose of Caucuses is relatively straightforward: They function to mobilize specific segments of the Democratic base and articulate a common vocabulary for talking with similar others about the Democratic Platform. So what is the Ethnic Council and who does it speak for?

According to the DNC,

The National Democratic Ethnic Coordinating Council (“The Ethnic Council”) is an important part of the Democratic Party, uniting people across all ethnic, racial, national origin, and religious identifications. The Council draws on America’s common heritage as a nation of immigrants.

As opposed to DNC Caucuses whose work revolves around specific categories of race, ethnicity, and national origin, the Ethnic Council emphasizes sameness. 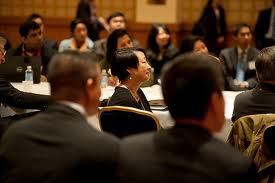 The DNC is marked by a tension over how to talk about race and ethnicity. Naming and erasing race and ethnicity operate simultaneously, even down the hallway from one another. This is an unsustainable both/and dilemma, and one consequence is that a serious and critical conversation about institutionalized racism and the legacy of racist US policies is essentially missing from the DNC.

Speakers at Wednesday morning’s Ethnic Council meeting raised a wide-ranging list of issues including the significance of manufacturing to so many communities, the effects of Citizens United on facilitating election of the most wealthy Americans, the extension of broadband Internet service to rural areas, the need to continually frame Social Security as a savings rather than an entitlement program, and the effects of voter suppression effected by voter ID laws. These issues are those deemed significant to Ethnic Council attendees, mostly volunteers from tangential DNC groups—Germans for Obama, Irish for Obama, and Italian Americans for Obama, to name just a few. 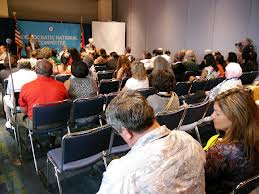 The Ethnic Council is, not exclusively but largely, a space for white ethnics, those who do not see themselves represented in the larger Caucuses of the DNC. Unlike the African American, Hispanic, and AAPI Caucuses, which name race, the Ethnic Council navigates race and ethnicity, in part, by homogenizing difference. Echoing the idea of “common heritage,” Vice Chair Danica Oparnica roused the audience remarking, “We have so much more in common than we do different. This is a great place to express that.” The goal of the Ethnic Council is, in part, to make difference disappear, but the insidious workings of contemporary racism in the United States make that ambition especially problematic.

An ethic of colorblindness prevails even among self-identified progressives who understand “not seeing race” as emblematic of anti-racist politics. Yet, a solid constituency rallies behind President Obama in part because of race.  As one campaign button suggests, “Once you vote black, you never go back.” What is the Democratic party to do with race when some Democrats celebrate Barack Obama as a racialized person while others believe that race can and should be ignored?

There is no doubt that the Obama Presidency has ignited a firestorm of blatant and virulent racism. The DNC is thus mired. It’s hard to counter racism if one’s rhetoric depends on ignoring the continued effects of race in America. Perhaps, the party has learned how to “say” things about race without speaking. Consider how race operated at Tuesday night’s events. 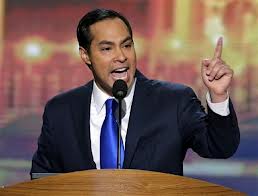 Each evening of the Convention is carefully crafted to highlight dimensions of the DNC’s identity. If Mayor Julián Castro’s Tuesday night speech was about anything, it functioned in the lineup to demonstrate that the DNC is not a party of “hand-outs” but rather a party that envisions America as a place that gives people a hand up…if one works hard enough. First Lady Michelle Obama’s speech, with its references to President Obama’s half size small but decent shoes and rusted out car, functions similarly. 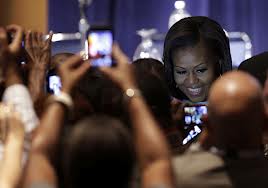 As TFW’s Darnell Moore highlights, the dominant narrative in both Mayor Julián Castro and First Lady Michelle Obama’s speeches remains one that celebrates America as a, or rather THE, land of opportunity for those that fashion themselves as rugged individualists, who admittedly may need a little bit of state support. (“We,” of course, can’t build it all on our own.) What is noteworthy is that thus far, speakers who do not read as nor identify as white have functioned most vividly and explicitly to deploy American Dream ideology at the most visible events of the DNC.

This is one way to attempt to undermine racism without naming race, and it is critical that racism go unnamed. Naming the continued, and perhaps intensifying, racism structuring everyday life in the United States gets one branded a whiner, and being perceived as a whiner is fundamentally at odds with donning Horatio Alger drag. 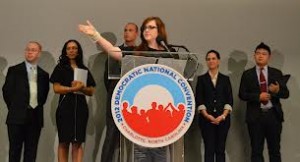 The Ethnic Council reflects these larger tensions around race and ethnicity revealed in so many spaces of the Convention. Ethnicity is important enough to name, otherwise there would be no Irish for Obama contingent. But ethnic identities can also be covered over when naming race and ethnicity is not politically expedient. Consider the following call to action elicited at the meeting by David Simas, Director of Opinion Research for Obama Campaign: “Everyone in this room who has lived the ethnic American experience, we have values that tie us together. Let’s leave this convention, and talk plain English to voters.” According to Simas, an Obama victory depends, in part, on ethnic Americans talking plain English. It’s not clear what plain English is, except that it is not “ethnic.”

Like in more public spaces of the Convention, the Ethnic Council alludes to but does not linger on the issue of racism. Referencing accusations from self-identified Birthers who contest the authenticity of Barack Obama’s birth certificate, Ilir Zherka, Representative of the Ethnic Council at the DNC, notes, “These are euphemisms for ‘he’s a black man and he’s President’ to signify that he’s different. Guess what guys, he’s like you and me…He and his family are just like one of us.” Here, naming the racism directed towards President Obama gives way to a galvanizing call, not surprisingly, to see sameness. 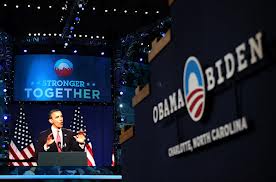 And then, of course, there is the complication that Barack Obama is not just like the folks who largely comprise the Ethnic Council. Like many in the audience, President Obama’s family history may be shaped by the “immigrant experience,” but Obama’s experiences are dissimilar too. There is a reason that the Ethnic Council–largely comprised of white ethnics–wants to emphasize sameness, while other Caucuses lay claim to some semblance of difference. That’s one difference whiteness makes.

At the DNC, some issues are glaringly missing from the conversation. There is little to no talk of the racialized effects of mass incarceration or the disparate policing of communities by race and ethnicity in cities across America that results in unequal exposure to police violence, for example. The question is, how does this general atmosphere around race make it possible for real talk about racism to be elided?

Related ItemsEthnicityPoliticsRaceUS
← Previous Story Antiblack Geographies, or What the Charlotte YMCA and the Confederate Military Have in Common
Next Story → Call for Submissions: Black (Academic) Women's Health