Thinking "Out of Bounds": Masculinity, Male-to-Male Affection, and Athletics – The Feminist Wire

Thinking "Out of Bounds": Masculinity, Male-to-Male Affection, and Athletics In a recent documentary, which was featured on NewsOne, Sylvia Harvey “explores the strange double-standard that allows Black men to express intimacy on the basketball court, but keeps a tight lid on those feelings and actions off the court.”  She describes the origins of the project as follows:

The mini-doc, “Out of Bounds,” was born out of a fight over the TV remote, which I lost. Slowly descending into the world of clock shots, blocks, and turnovers, I started to anticipate Ray Allen’s three-pointer, Kevin Durant’s quick release shots and Blake Griffin’s dunks. NBA games showcased breathtaking plays and hard fought victories. But most compelling was the quiet backdrop that spoke louder than any winners or losers – the players’ behavior on the court.

When a player made that unimaginable shot or game saving free throw, yelling, chest pounding, mid-air chest bumps and high-fives ensued. But alongside this bravado came rare public displays of intimacy between black men—intimacy that if recognized could challenge traditional boundaries of black masculinity.

I set out to ask: What gave these men the license to hug, kiss, and slap each other’s backsides unapologetically in front of millions of spectators? Why hadn’t that license been granted to black men everywhere, and why was that license seemingly suspended once the game ended?

Many recreational ball players with whom I spoke ascribed the intimacy to the quirks of sports culture, but admitted an unspoken rule prevents this behavior from carrying beyond the court. That unspoken rule is explored via the influence of hyper-masculine hip-hop culture and heteronormative privilege.

In the film, John Amechi, a former NBA player, notes that men are taught that those who show emotion toward another man are seen as gay, leading to repression and concealment of such feelings.  Linking this to childhood and popular culture, Harvey depicts sport, and particularly basketball, as a space wherein the restrictions placed upon masculinity are loosened to a certain degree.  In the documentary, Khalil G. Muhammad, Director of the Schomburg Center for Research in Black Culture, New York Public Library, describes sporting fields as places where intimacy has been normalized; in other words, touching, physical closeness, hugging, kissing, crying, and other forms of physical interaction have become normalized and therefore are accepted as part and parcel with sport.  As sport and heterosexuality are imagined as intertwined, the presence of intimacy and emotional bonds are seen apart from homosexuality within the sports worlds, a disentanglement not seen elsewhere.   Yet the film also notes the various ways, whether in the deployment of phrases like “pause” or in the performative heterosexuality that emanates throughout NBA culture, that the visible intimacy occurs in a space always already defined by the policing and surveillance of sexuality.

Given the issues raised, the film resonated with both of us (Leonard had the opportunity to speak with Harvey during its production), compelling a Twitter conversation, which led us to ask several male-identified friends to respond to any of the following prompts:

What you find below are several responses, all which point to the important work that needs to be done on and off the basketball court and across every community as we search for more empowering, inclusive, and humanizing inscriptions of masculinities. 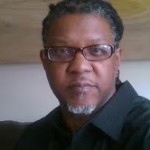 EL Kornegay, Ph.D., is a scholar, husband, and father:

I am completely comfortable with showing affection to other males. Affection signifies an intimate bond, easily earned and freely shared between myself and those men whom I love and who love me. For me, showing affection is an expression of my humanity and an intentional act of recognition of the humanity of others. Therefore showing affection has no boundaries, neither is it dictated by circumstances nor challenged by environments in which unexamined rage challenges laughter, learning, and allowing love to happen without fear. 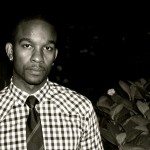 Wade Davis, II, is a former NFL player and a writer and activist:

Though I don’t remember ever being told to not show affection toward my male friends and family members, it wasn’t something that I initiated often because it was never reinforced. I do remember the women in my sphere being extremely affectionate and I desired their affection as well as my father’s, though I knew inherently I shouldn’t. But to my stepfather’s credit, he did allow me the space to be intimate with him and develop a bond and closeness I had never experienced with a male before. My experiences as an ex-professional athlete created an additional space where I could freely and without question express and practice my need for male community. Also the privilege of being an athlete gave me the freedom to show love and oneness toward males outside of sports spaces without being questioned.   Thankfully, at this point in my life I exist as a “hugger.” I desire and maintain relationships with people that allow for non-sexual intimate friendships, and during initial meetings with someone new, I go right in for a hug. 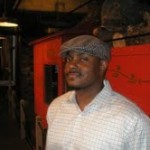 As long as I can remember, there has always been a prevalent duality between maleness and being an athlete. Maleness involved stoicism, a tough exterior, and a lack of expressing emotion. Athletically, being on the court was the only place that a male could release those emotions that he was taught not to express. I didn’t grow up in a household where I saw any male-on-male affection expressed of any kind. It always made me feel as if something was wrong with me because I would crave the attention of being physically hugged and expressing my feeling towards my father, but I was explicitly told by my mother that males express themselves differently from women.  The court was the only place were I felt that sense of belonging, camaraderie and depending on how close you were, love!  There is a fine line in sports when it comes to butt-slapping and the outright expression of pure unadulterated emotion. It was something we picked up from the older generation without really examining the dynamic of why it was allowed to exist within that 94 by 50 foot rectangle and why outside of it, the social and political framework of the same expression was not as readily acceptable. 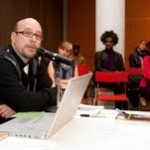 I grew up in a household where my father was always very affectionate with all his children and my mother very reserved. In that now vanished world of working-class downtown Jersey City, the men who saw me grow up were affectionate in their joking behavior that always had a homoerotic edge which increased to outright camp and even kissing after a long night of beer and strong Puerto Rican rum. I no longer see this as a double-standard, but rather as a way of producing normative cisgendered Latino & Black male bodies: normative masculinity is constructed and maintained upon a solidly fleshy homo-erotic foundation which gets recognized, albeit in an askance manner, in privileged ritual moments: sports, joking behavior, drinking/smoking sessions, and in hetero-sex, like threesomes, when “buddies” share a woman and, of course, each other implicitly through the mediation of that woman’s body. Obviously, masturbation is the first moment in a very narrow and genitally focused cisgendered masculine identity and that means that the “male” body is always already chosen as the primordial erotic object. That is to say: the homoerotic fix is always in when it comes to making normative Black and Latino men. And, what we may see as a double standard, is really the moments when we get a glance at the little fat man behind the curtain who is orchestrating the Oz (HBO and Dorothy in this case) of our male bodies/fantasies/desires. When you recognize the history of the slave auction block as the first place where Black/Brown males were “displayed” for literal consumption throughout the Americas, you get a glimpse why this homoerotic core is now visible and then subsumed into a manageable “straight” mufti. This is very complex stuff and even more complex for those “other men” — queer- identified bisexual Latino men, like myself, or our trans brothers, but those are, perhaps, always stories for the telling in other venues, other rooms, perhaps even worlds that have bodies but no maps for the speaking or telling. Or, perhaps not.

Tiq Milan is a writer and activist based out of New York City:

I’m comfortable showing affection towards my gay male friends. They can appreciate a show of affection as a genuine form of camaraderie and friendship as opposed to a sexual advance or insinuation of sexual preference. I don’t think gay men feel the same urgency to protect social indicators of masculinity as their straight counterparts. For me to greet my gay male friends with a hug and kiss on the cheek in no way disrespects them or discredits them as men. Growing up my father was very affectionate with me, however I am transgender so our relationship was different then. Now that my dad and I are getting to know each other as father and son, we are trying to negotiate affection and interaction. It’s difficult for my dad to limit the nurture and affection he’s given to me for so many years because I’m his son now. Being that we both had a transition in our relationship, and can evaluate it from two distinct points, it’s difficult to make sense of why our relationship has to have these limits in order for us to have a healthy father son relationship. 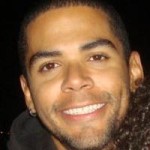 Guiga Preto is a civil rights activist in Brasil and a student of Universidade de Brasilia:

Once I came to terms with my own sexuality, I felt more empowered to show affection. My culture provides more outlets for that though. In Brazil, men actually are allowed to hug and say they love you (especially when they’re drinking), but it is not taken as a homosexual behavior at all. As far as holding hands or walking holding a man by the waist, well, that’d better be your family. I mostly feel comfortable being a hugger, for sure. I believe this also comes from the fact that I don’t show much effeminacy according to my culture, so I do feel free to be more affectionate towards men. I was raised in a home where women touched me and my father used to be caring, to some extent. I remember laying my head on his lap and having him caress my head and hair for a very long time. Whenever anybody else does it, it takes me to a nice place. He was the one who taught me by example, though, that you should only say how much you love a man after drinking, an example I try not to follow.