In Remembrance of Helen Gurley Brown: A Complicated Feminist Hero – The Feminist Wire

In Remembrance of Helen Gurley Brown: A Complicated Feminist Hero 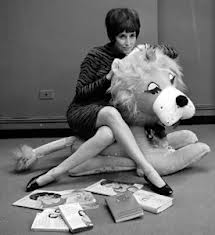 Media icon and cultural pioneer Helen Gurley Brown passed away August 13 at the age of 90. Although I saw her name on feminist tees and bumper stickers for years, my first real exposure to Gurley Brown’s life and legacy was when writing a review of her biography, Bad Girls Go Everywhere. Jennifer Scanlon, a scholar of gender and consumer culture, was the perfect person to capture the full scope of a woman as notorious as Helen Gurley Brown.

Despite my own ideology being in conflict with the philosophies made famous by Gurley Brown, I came away from the account of her life with immense respect for the way she carved her place in history. One could argue that it was Helen Gurley Brown who made feminism go pop—for without her there would be no “Material Girl” Madonna, no “Bills, Bills, Bills” Beyoncé, and—even more directly—no Sex and the City franchise. 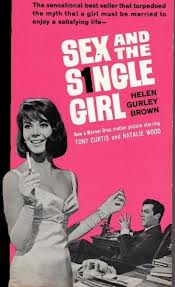 Raised in poverty, and by her own admission not beautiful, from an early age Helen Gurley Brown courted the belief of using your assets to get what you wanted. She slept with men she worked with to advance her career (whether they were single or not) and schemed to get gifts from suitors in order to amass wealth. Simply put, Helen Gurley Brown was a hustler: she recognized the ways women are socially disadvantaged and used her intellect to figure out how to manipulate the system to her own economic advantage.

In Sex and the Single Girl, the how-to guide for the unmarried woman that made her a household name in 1962, Gurley Brown was frank about her experiences and beliefs, which countered the much maligned stereotype of the single girl. She made the case that womanhood didn’t have to revolve around marriage and domesticity to be fun and fulfilling. Three years later, Gurley Brown took over the reins as the first female editor-in-chief of the foundering Cosmopolitan, and created a brand—the Cosmo Girl—that has scarcely changed in over 40 years.

Helen Gurley Brown was a fallible, yet brilliant woman who cared deeply about women’s empowerment. While her ideas about women’s unapologetic, individualistic explorations of work, sex, and money may not seem radical today, some might say that they helped redefine our culture. Gurley Brown was one of the first to put [white] working-class women’s lives front and center in the feminist movement, thus creating space for experiences that were absent in the circles that were reflected in Betty Friedan’s The Feminine Mystique.

Don’t get me wrong: I’m not claiming we should develop a romantic nostalgia for Gurley Brown’s ideas.   While inclusive of some working-class white American women, her viewpoint still failed to include women who were marginalized due to race, ethnicity, and sexuality. Still, her bold engagement in sexual politics made a substantial impact.

A social liberal who refused to believe in essentialist notions of gender, Gurley Brown was a fiscal conservative who embraced capitalism as a path to women’s liberation. Her philosophy remained on the fringes of feminism for years before it found a home in the pop culture-centric Third Wave, in which I came of age. Although this era of the women’s movement cannot be reduced to its neoliberal tendencies or Gurley Brown’s self-reflective notions of sexual liberation, her contributions are clear. For this reason, her life serves as a necessary and engaging piece of our long and complicated feminist history. 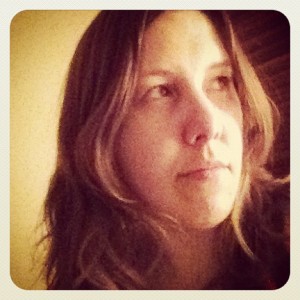