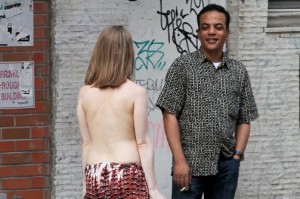 GoTopless.org is a U.S.-based organization founded in 2007, claiming that women have the same constitutional right as men to go bare-chested in public. Moira Johnston, an activist who has already been walking topless through New York City streets for the past weeks, explains that she wants “to raise awareness that’s it’s legal for women to be topless anywhere a guy can be without a shirt since 1992 here in New York State.”

As a liberal French woman living in New York City for several years, I can’t help but wonder what the famous and infamous Simone de Beauvoir, French existentialist philosopher and political activist of the 20th century, would think of this. Simone de Beauvoir is considered as the mother of second-wave feminism, and is best known for her metaphysical treatise “The Second Sex,” first published in France in 1949. De Beauvoir was dreaming of a future in which men and women would be equal, where “women raised and educated exactly like men would work under the same conditions and for the same salaries; erotic freedom would be accepted by custom; … marriage would be based on a free engagement that the spouses could break when they wanted to; and motherhood would be freely chosen….”  This now-blossoming promise sounds amazingly familiar to me and I feel lucky to be born in such a modern liberal world. But aren’t we going too far in terms of the whole topless thing? Would de Beauvoir think of Go Topless Day as the ultimate feminist/activist effort promoting Equality?

What a curse to be a woman! And yet the very worst curse when one is a woman is, in fact, not to understand that it is one.

No one has done more than Beauvoir to explain the conditions of that curse, and no one has more eloquently, irately challenged us to turn that curse into a blessing.

Have we? Have we won the challenge? De Beauvoir also wrote:

If you live long enough, you’ll see that every victory turns into a defeat.

Women have fought for their rights, to stop being “objectified,” and to become, as de Beauvoir would say, another “subject” with the same opportunities as men.  And in appearance, it may seem to some that women have won the battle.  Perhaps this is true for certain women in liberal Western countries.  Certainly, not everyone is privileged enough to get an education or to have choices in the first place.  And this applies to men as much as to women.

On the other hand, Anne-Marie Slaughter, the Bert G. Kerstetter ’66 University Professor of Politics and International Affairs at Princeton University, explained “why (to her mind) women still can’t have it all” in an article published in The Atlantic’s issue of July/August 2012 that has been extensively discussed around the world. Previously the director of policy planning for the U.S. State Department, Slaughter decided to leave government and return home, explaining that “juggling high-level government work with the needs of two teenage boys was not possible.” In conclusion, there might still be some inequalities in the way men and women manage their work-family balance. But, as Slaughter suggests, perhaps this is a good problem to have.  As she explains throughout her article, solutions do exist and I don’t see why this struggle cannot also be a man’s.

The vast majority of women living in liberal Western countries seem to be at least flirting with, if not fully embracing, some semblance of Equality!   It seems de Beauvoir should be content! But why do I believe that we are still fooling ourselves? Have we really succeeded in turning the curse into a blessing? Why do I still believe equality is a utopia that perhaps should not/cannot be reached? Because after all, aren’t we different? Men and women are physically and physiologically different. The emotional and cognitive impact of sex hormones is undeniable. The role of testosterone and estrogens has been extensively studied and shown to differentially affect certain behavioral patterns, such as self-confidence, risk-taking behaviors, aggression, anxiety, addiction, romantic relationships and sexual arousal. The concept of “male brains” and “female brains” by itself is discriminating and each individual, whatever its gender is, is governed by a unique and complex balance and interplay of many different hormones, as well as genetic influences and multiple environmental triggers.

This reality is a necessary and sufficient justification to the need for equal opportunities for all. However, differences still remain between most men and women, and having equal opportunities does not mean being equal. My body is a woman’s body and yes I still do feel “objectified.”

Recently, the European Journal of Social Psychology published online on June 29 a study entitled “Seeing women as objects: The sexual body part recognition bias.”  The author, Dr. Sarah Gervais, a psychologist at the University of Nebraska, Lincoln, investigated how, within our Western culture, the human brain perceived and remembered pictures of individuals from both sexes. Men were more frequently “seen as a whole rather than the sum of their parts,” whereas the brain was doing better at first recognizing women’s sexual body parts individually. Women are “being reduced to their sexual body parts,” confirming that objectification was happening. Dr. Gervais is blaming the media, undoubtedly using women’s bodies and their body parts to advertise all sorts of products.

Hence, I’m wondering why women would want to go bare-chested in public, given the culture we live in, and the objectification we suffer from–in media and real life. Don’t get me wrong, men and women SHOULD have the same rights, and I would not want a woman to get arrested in the street if she decides to remove her shirt! But, what does this mean for feminism? To me, objectification is wrong.  Yet,  I do not want to desexualize my breasts either–if nothing else, for my own erotic freedom. Really, what does Go Topless Day really want to change and teach us? Interestingly, I could not help noticing that the GoTopless.org organization was founded by spiritual leader, Rael. According to its members, the Raelian movement is a philosophy of “Love.” Sexuality, with extreme liberal views, is an important part of the Raelian movement. Also, Raelians do not believe in evolution, but that life on Earth was scientifically created by aliens!  Hmmm… 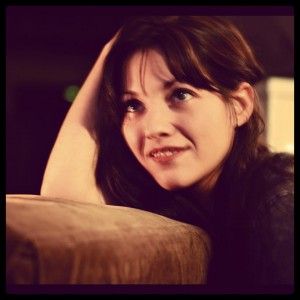 Marie-Laure Rives, Ph.D., affiliated to the Department of Psychiatry, Columbia University, New York, is an Assistant Research Scientist at the Research Foundation for Mental Hygiene, Inc.