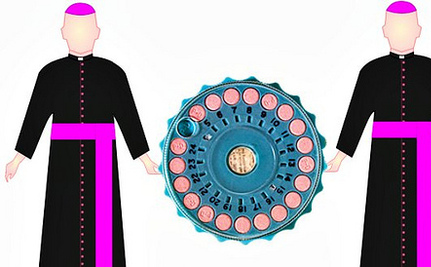 The fallout from the Catholic Bishops’ crusade against contraception continues as Xavier University announced it was discontinuing birth-control insurance coverage for its employees effective July 1.

Debora Del Valle, spokesperson for Xavier clarified that the change pertains to employees and not students. Nevertheless it means a loss of benefits to potentially 950 faculty and staff.

Xavier University President Michael J. Graham said in a letter posted on the university’s website that the change was prompted by the Obama administration’s rule on contraception coverage. The Affordable Care Act requires insurers to cover “preventative care” at no cost to the consumer and contraception is just one of the preventative care expansions.

Graham wrote that the compromise Obama advanced “is insufficient for a number of reasons, and it is likely that the constitutional issue of religious freedom at the heart of this controversy will be decided by the courts.” Graham concluded that, “absent a legal mandate, it is inconsistent for a Catholic institution to cover those drugs and procedures which the church opposes.”

So far the Catholic Bishops’ legal challenges to the contraception mandate have failed, but as they work their way through the court system we can expect to see more Catholic institutions like Xavier drop coverage for their employees.